It is a story for children, but it does not hide that death, suffering and separaion from loved ones happen. At the same time it shows, that every event has its own solution, way out, way to save a soul — said professor Krzysztof Czyżewski during the meeting with Jurga Vile Lina and Lina Itagaki, authors of “Siberian Haiku”. It was another evening as part of “Siberian Spirit”. 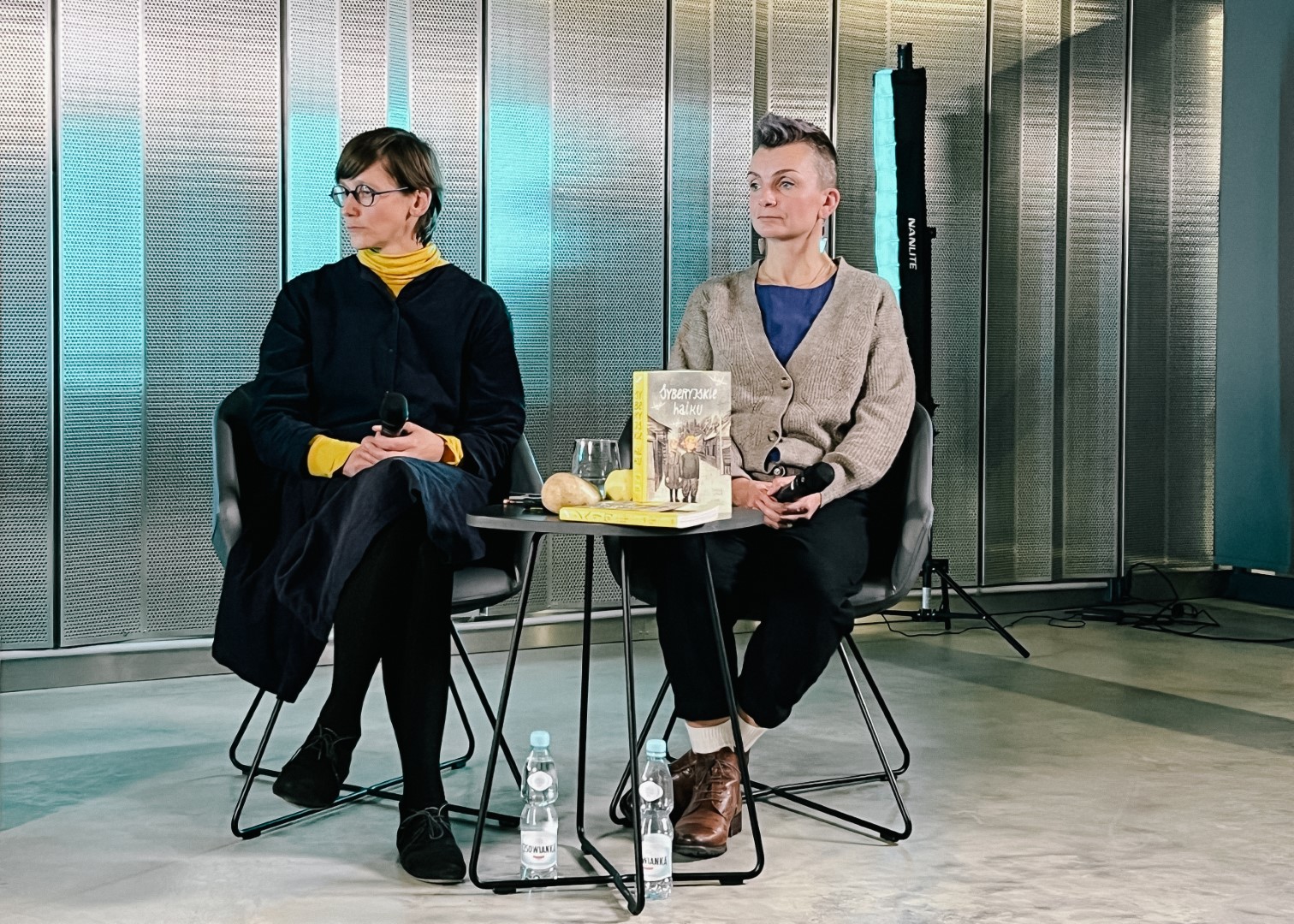 The graphic novel entitled „Siberian Haiku” tells the story of little Algis and his family deported by the Soviets from native Lithuania in June 1941.

From the perspective of the boy we get to know the difficulties of the journey to the Altai Krai in the Asian part of the USSR, the tragedy of separated families, hard-work and the experience of violence from the soviet soldiers. The story is also full of following the beauty and little joy, that help surviving the worst experiences. “Follow your fantasy… But come back, please” — says one of the characters of the book to children, aunty Petronela, always full of crazy ideas.

— Aunty Petronela is a real character, but her interest in Japan is fantasy. I wanted to give her unique characteristics — said Jurga Vile, author of the script of the comic book. — That book came from my father’s story about frozen potatoes, he ate in Siberia and from my grandma’s memoirs, written down in a notebook at the times when Lithuania was independent.

I was 13 years old when I read it for the first time. I wanted to show brevity, clarity of her style and enigmatic. That is why haiku… I decided to write this book when I gave birth to my children. I wanted them to know the family’s story in a form that would be accessible — said Jurga Vile, graduate of French Philology and study of the art of film.

— In the book there is the motif of both potatoes and apples taken to the train, which later, drained, reminded my family of the taste and smell of Lithuania — said Vile.

The second of the authors of the book, Lina Itagaki, a graphic artist, studied in Japan before taking up art. She liked the idea of a friend to put some elements of Japanese culture in the story. — I wanted to emphasize that the evil experienced by the Lithuanians also affected other nations, including the Japanese. It is known that they were in Barnaul, where my family ended up — said Vile.

— Haiku, poetry, is a bit of light and a way to rise above the dark reality, but also above the gloomy mass of people, who only complain, who have lost hope — commented Krzysztof Czyżewski, who hosted the meeting. “Children have the ability to see difficult situations as an adventure, see miracles and enjoy the little things. It’s a way of survival that adults can teach — he summed up the meeting.

The book „Siberian Haiku” has won many awards: it was declared the most beautiful book of 2017 in Lithuania, and was included on the IBBY Honour List for 2020. The book was hailed as the best youth book of 2021.

It has been translated into many languages — even into Japan. Polish edition (in Małgorzata Gierałtowska’s translation) came out of the publishing house of the Borderland Foundation. You can buy it in our shop.

You can also find the two volume comic book telling a story about polish Sybiraks, published by the Sybir Memorial Museum: “Sybir. My Story”.

We encourage you to read the books!