By the end of the year 2021, an unusual gift hit our museum: the manuscript containing the script of the Christmas play performed more than one hundred years ago by Polish exiles in Siberian Tara. During the meeting we were listening to the radio play recorded on the basic of the text. 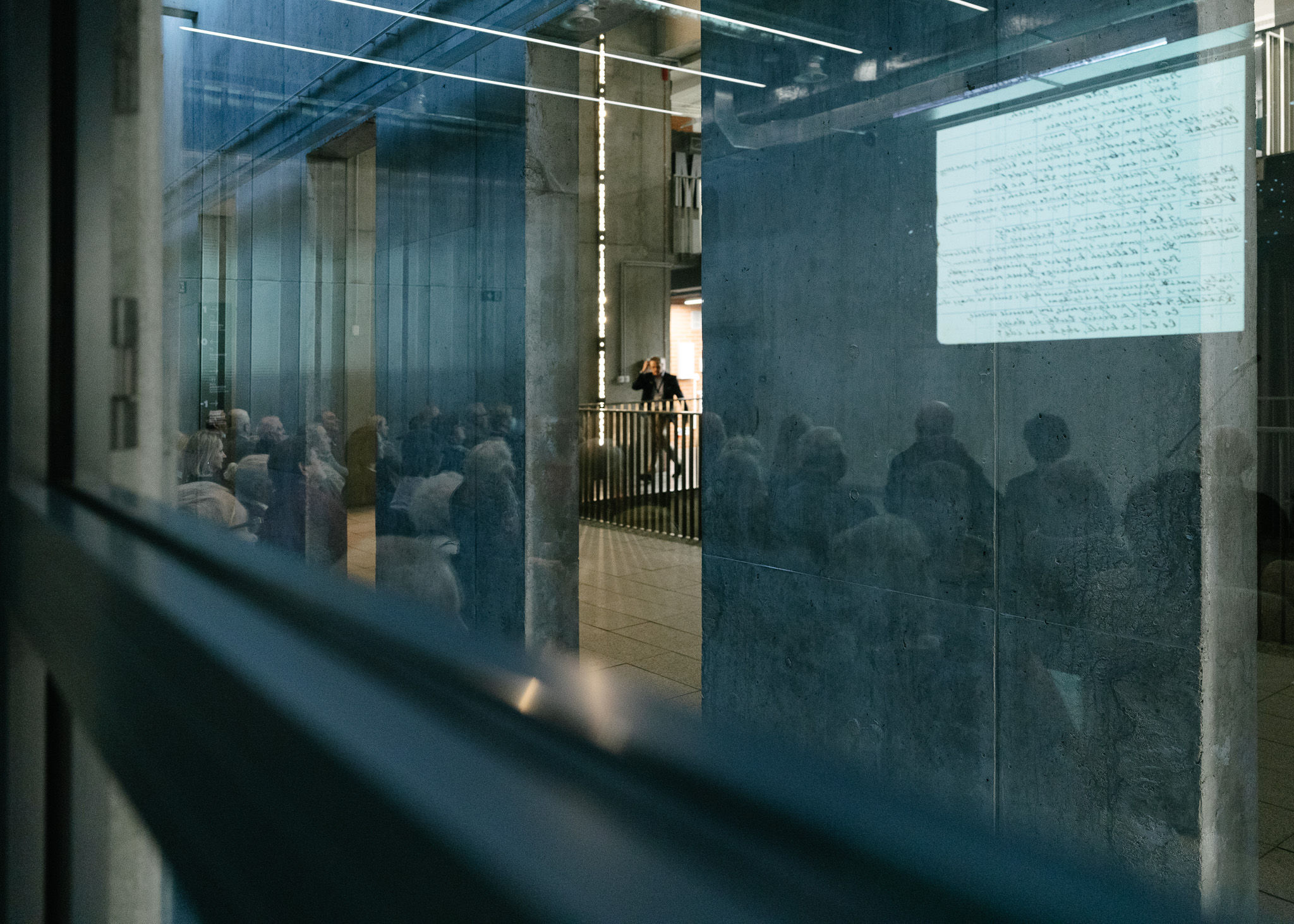 Actors were unique guests that day — with Andrzej Żak and Marek Tyszkiewicz at the head, initiators of recording the Christmas play on the basic of the Siberian notes. — Each action has somebody’s initiative at the beginning. It should be stressed, that the men were determined and successfully persuaded us to make this radio play — said the Director of the Sybir Memorial Museum, professor Wojciech Śleszyński.

Andrzej Żak, who donated to the museum the script of the Christmas play in 2021, made gathered people closer to the history of that memento. Christmas play was noted in 1919 and performed over 100 years ago in the distant Tara by the Irtysh river. This is where the community of polish exiles and their families gathered around the chapel, which was not only a place of prayer, but also the center of cultural and social life of our compatriots.

The children attended Polish language lessons there and once a year, at Christmas, everyone gathered to watch nativity plays presented with puppets on a box stage.

The nativity play, under the dictation of Mr. Stańczyk, an exile, was written by Marysia, the daughter of Antoni Korona, who came from Garwolin and was exiled to Siberia in 1905. The Koron family and their children returned to Poland in 1921.

Maria, married to Gniedziuk, in 1987 gave the manuscript to Andrzej Żak, who devoted himself to developing the material and preparing a radio play on the basic of it.

— Mrs. Maria’s youngest brother was married to my relative. Probably, if I hadn’t got into the theater school here in Bialystok, to the Department of Puppet, this nativity scene would not have seen the light of day. Because the rest of the memorabilia of Mrs. Maria, including her memories from Siberia, which today cannot be reconstructed, were thrown away by her heirs after her death during the renovation of the apartment — said Andrzej Żak.

Marek Tyszkiewicz emphasized how valuable evidence of the struggle for the Polish spirit is the recording of Siberian nativity plays: — Polish language was very important to these people. And we did everything to keep it that way.

The recording was financed from the Museum’s resources in November 2022. Actors from Bialystok and Gdańsk took part in the recording: Dorota Bagiński, Justyna Godlewska-Kruczkowska, Rita Jankowska, Wiktoria Sikora, Michał Jarmoszuk, Krzysztof Ławniczak, Patryk Ołdziejewski, Andrzej Petelski, Mateusz Smaczny, Marek Tyszkiewicz, Adam Zieleniecki, Andrzej Żak. Some of them were present at the meeting and presentation of the radio play.

After the presentation of the radio play, which lasted nearly half an hour, sent everyone present for a moment back in time and space, Professor Wojciech Śleszyński symbolically gave a carrier with the recording of the nativity plays to the representatives of the Bialystok branch of the Sybiraks’ Association. — The museum will try to release the recording in an appropriate form so it is available to everyone — he assured.

After the official part of the meeting, it was time to congratulate the actors and talk over coffee and sweet treats.