Unique meeting with the history witnesses

The Sybir Memorial Museum on the Sybiraks Day invited its guests to an unusual meeting with Sybiraks in the permanent exhibition space. It was a unique opportunity to hear about the deportations and the hardships of life in Siberia from those who experienced them personally. 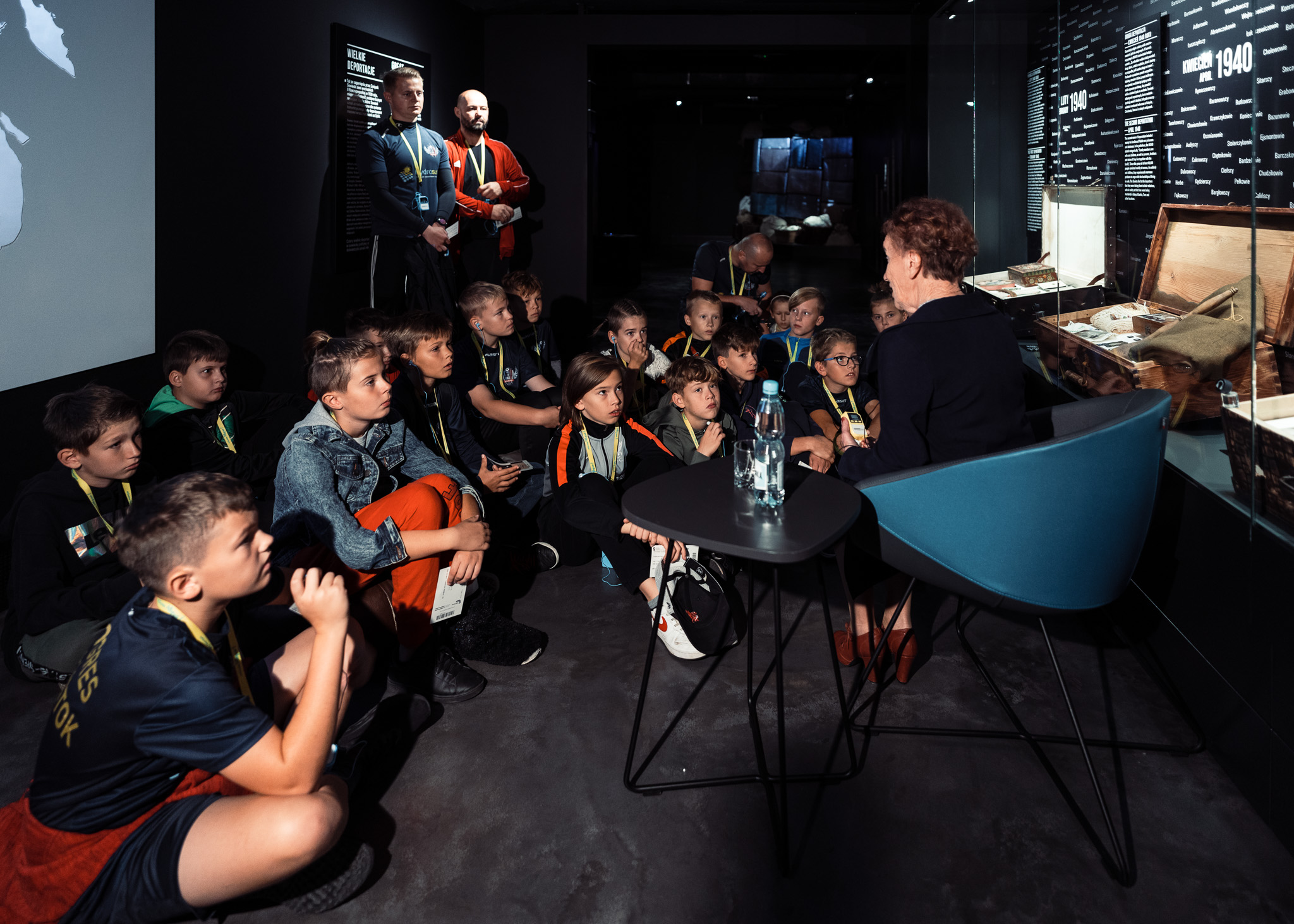 — I was six years old, when I returned from Siberia. When they deported us, I was only four weeks — started her story Mrs. Barbara Sokólska, who was waiting for our guests near the display devoted to four deportations. She was surrounded by a group of children. — Mum was able to take a quilt, curtains from the window — so it would remind us of home — and at the last minute she grabbed the porcelain doll off the dresser. The doll is right here, at the museum — she showed. The little listeners intrigued by the story, immediately headed for the display.

The Sybirak also told about the hardships of life in exile. — We saved ourselves with barter, my uncles was fishing and drying fishes. We were working in kolkhoz, in the field, and I was secretly grabbing seeds of wheat, so she would be able to cook gruel. We walked form home to home, to give our wishes and ask for a slice of bread.

Mr. Zenon Puchalski told the youngest about how he worked to receive the bread allocation: — This bread had a unique taste, there is no such thing in Poland. With potatoes, solid like a brick, but very tasty. However, we got very little of it. When I went to school in winter, we were given a slice every other day. In the summer I worked — I poured water into a large barrel, sharpened knives on the hay harvest and was in the hills with the cows… Young guests were listening to the Sybirak with great interest.

Mr. Józef Panasiuk was waiting for listeners in the room presenting a soviet school. Mr. Zenon mentioned his school experiences: — There were no books, notebooks. We were writing on newspapers.

At the same time, other group, consisting of adults, was listening to Mrs. Janina Rutkowska’s stories. — In every nation there are good people and beasts. We also meet wonderful Russians, who were weeping about the plight. We survived thanks to “auntie Waria”, who allowed my mother to take pigs food, so she could feed us, children.

One of the guests asked Mrs. Janina: What penalty would you give to your torturers?
— None! — she answered without hesitation. — These people are not alive, and those, who live, what they are guilty for? My daddy, when he returned from a labor camp, said: Do not judge, so you won’t be judged. — But we need to remember — paid attention one of the listeners.

We cherish this memory in our Museum. We would like to thank everyone who came to the meeting to learn more about the history of Polish Siberia and pay tribute to the Sybiraks.