An action of deporting Polish citizens to East started on the night of February 9-10, 1940. It was the first out of four mass deportations to Syberia and Kazachstan organized in the 40s of 20th century, during which thousands of citizens of Bialystok and surroundings were deported. 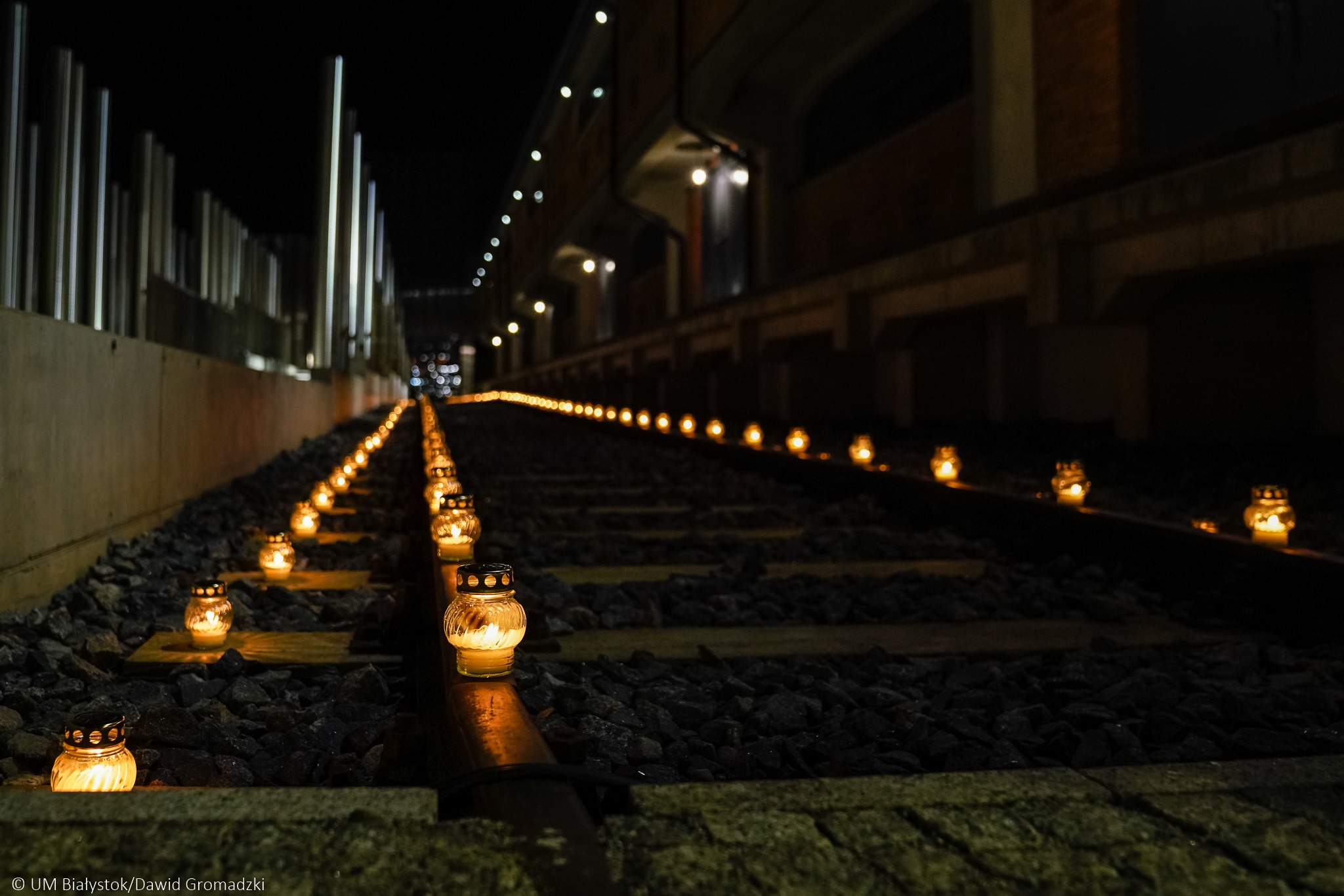 An action of deporting Polish citizens to East started on the night of February 9-10, 1940. It was the first out of four mass deportations, which affected also Bialystok. Thousands of people were deported then.

Into the depths of USSR, within the four great deportations, hundreds of thousands of Polish citizens were deported. An important aspect is that many of them, due to unimaginably harsh living conditions, never came back. Part of them, especially children and elderly, died during a journey, which lasted for many weeks, even months. Some of them, after the evacuation with Anders’ Army, stayed abroad after the war. Not many returned to their homeland.

On 9th of February 2021 exactly 81 years have passed since those tragic events. Commemorating them, several dozen citizens of Bialystok lit lights on the tracks next to the Sybir Memorial Museum.

The citizens of Bialystok showed up individually or in small groups. They lit the lights in wistfulness, thinking about their close ones, deported on the kindless land.