The Sybir Memorial Museum, which is being built in Bialystok, will be a meeting place for both Sybiraks and their descendants scattered around the world. 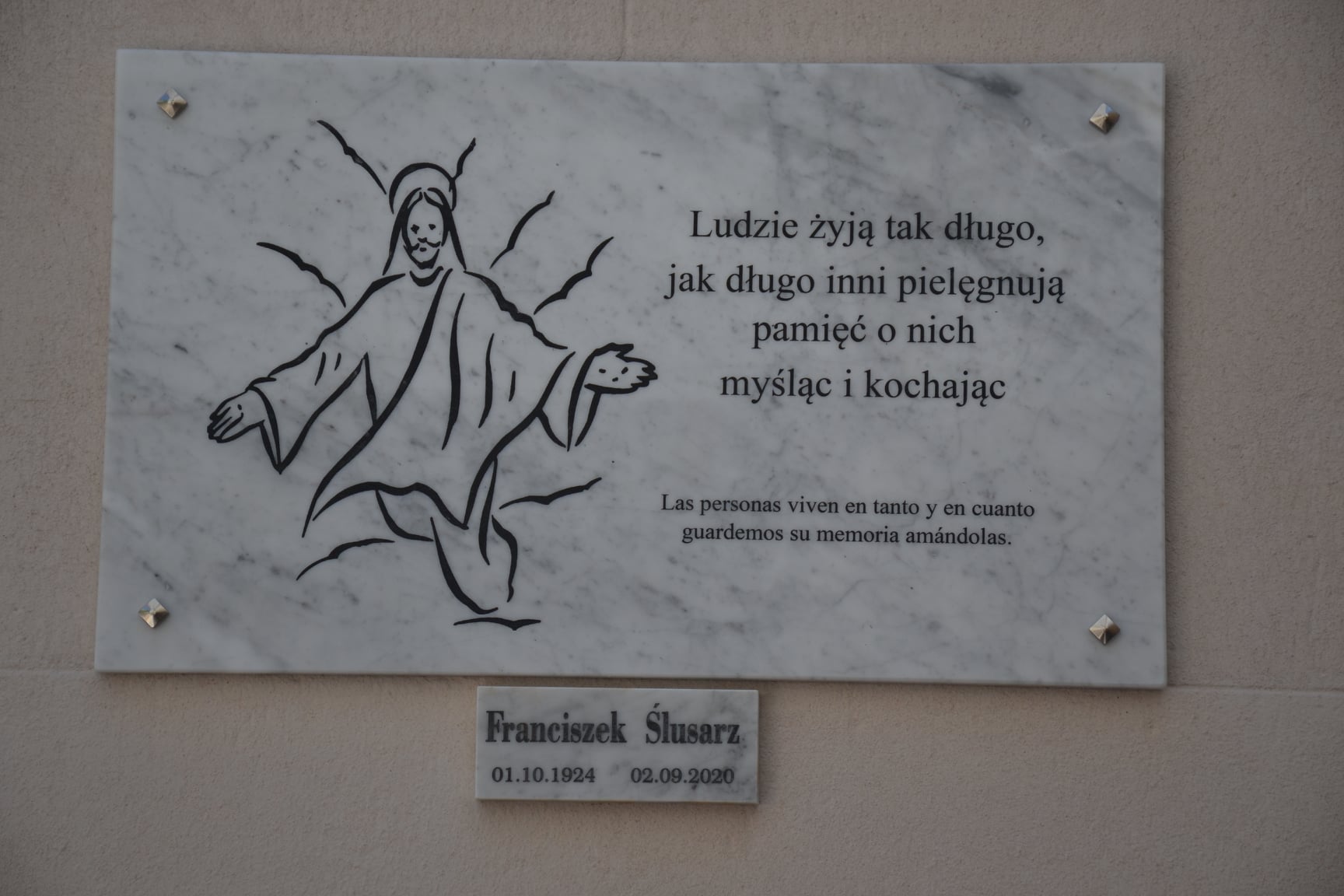 Through the Association of Polish Combatants in Argentina, we received photos of the first epitaph in the wall of the Polish Church in Buenos Aires. The first to be deposited was the ashes of the long-time president of the Association of Polish Combatants in Argentina, Franciszek Slusarz, who died last year. As a 16-year-old boy, he was deported from the Nowogrodczyzna in the February 1940 deportation to Kazakhstan. He traveled the entire combat trail of the Anders’ Army, and after the war he settled in Argentina. He described his fate in the book, also published in Poland in 2015, “Przez Kazachstan do Argentyny. Wspomnienia żołnierza 2. Korpusu” (“Through Kazakhstan to Argentina. Memoirs of a Soldier of the 2nd Corps”).

The photos during the ceremony were taken by Tadeo Ledzwa, the Treasurer of the Association. Taking advantage of the occasion, we would like to greet President Antonio Kaluda and secretary Claudia Stefenetia Kojrowicz also participating in the ceremony. Despite the enormous amount of work we have on the construction of the core exhibition, we do not neglect international contacts. The Sybir Memorial Museum, which is being built in Bialystok, will be a meeting place for both Sybiraks and their descendants scattered all over the world.

MEMORIES OF A SOLDIER OF THE 2nd CORPS – FRANCISZEK SLUSARZ

“I was riding a sleigh with my mother and probably, if I remember correctly with Sister Maria, the other three were on the other, behind us. The dab was cruel, the temperature dropped below minus 30 degrees Celsius that night. I only had shoes on my feet. The driver, who, like many others, was ordered to report to the commune office, told me that he would sit on my feet so that I would not frostbite my feet. He added that some had been ordered to show up with a drawn sledge. We arrived at the railway station in Bieniakonie. There was a warehouse there.

We were ordered to enter one of the carriages with crowds. In the center of the floor there was a round iron stove, then there was a hole cut out for a latrine. On both opposite walls, bunks were attached, starting from a height of about one meter above the floor. It was daylight, on the second track a steam locomotive with an acquaintance of a driver stopped. We stopped the day. We were watched. The wagons were not sealed, so we were able to open the door after dark and quickly get under it if needed. I thought about running away, but where to? I don’t know what I would do or where I would go.”

Quote from the book: ” Przez Kazachstan do Argentyny. Wspomnienia żołnierza 2. Korpusu” (“Through Kazakhstan to Argentina. Memoirs of a Soldier of the 2nd Corps”)