On February 12, 2022 will take place the 4th edition of Sybir Memorial Run. 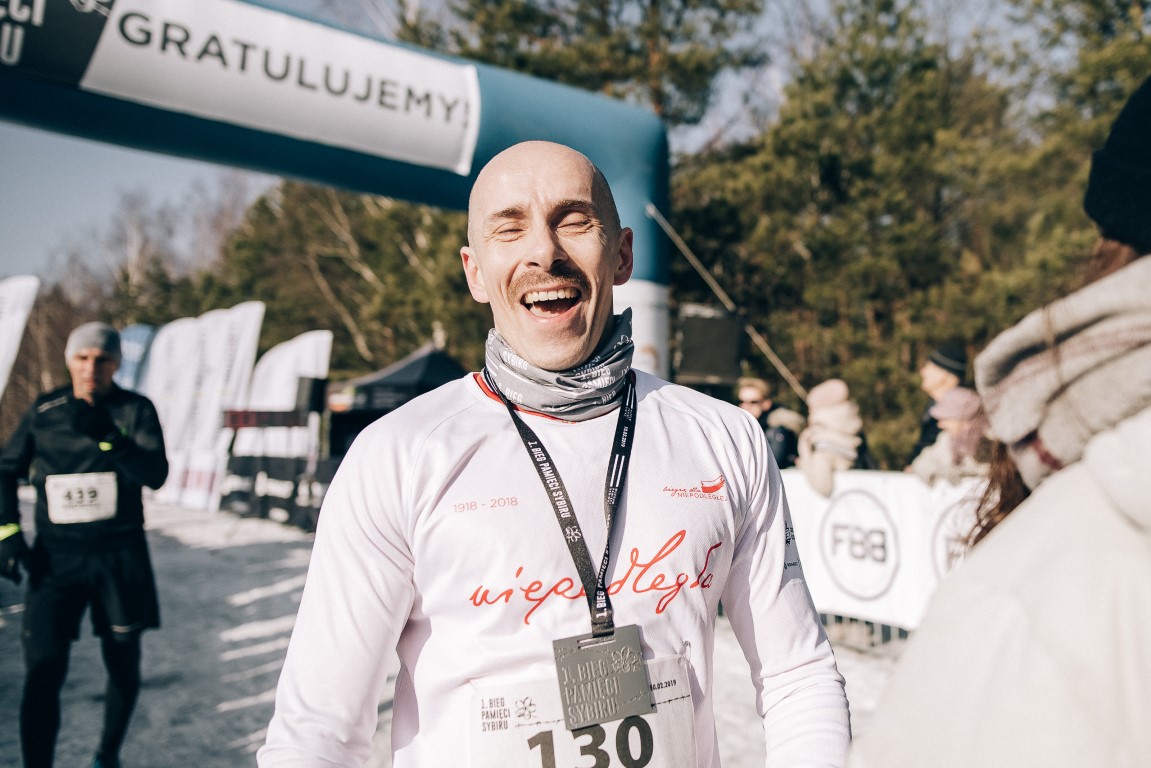 The upcoming, fourth edition of Sybir Memorial Run (held on February 12, 2022) will take the form of both an off-road and a virtual run. Participants of the forest run will be able to take part in an amazing event, which includes a sport initiative complemented by historical reconstructions. Runners in a symbolic way will be able to pay tribute to the memory of deported people — the name and surname of a Sybirak, chosen by a participant during the recruitment process (short stories of Sybiraks’ families can be read HERE) will be on a starting number. Willing people will be able to book a engraver on their medal. Name and surname of a Sybirak from the list or someone close can be engraved. This year’s medal took the form of an open suitcase, which can be seen on the permanent exhibition of the Sybir Memorial Museum. The reverse of the medal contains the symbolic tracks and the name of the next city on Sybiraks’ way. This year it is Vorkuta. Participants will be also given special packages.

The virtual race will also start on February 12, 2022. Registration will last until February 28. Participants will have a minimum 5-kilometer route to cover at a time, which will be registered thanks to the application. Everyone will be able to run or march any number of times. The kilometers covered by runners will be added up. Thanks to it we will be able to calculate which place in Siberia we managed to symbolically reach. Participants of the virtual run will also receive packages, a medal and a starting number.

NOT JUST A SPORTING EVENT

The Sybir Memorial Run is not just a sporting event, running we want to pay tribute to the victims of a mass deportation from February 10, 1940.

On February 10, 1940, over 140,000 people were delivered to the freight cars. Poles. They were military and civilian settlers who received or bought land in the eastern provinces of the Second Polish Republic, as well as foresters with their families — it was their Soviet authorities that decided to deport them in the first operation. When the freight car’s doors slammed behind them, they knew that nothing could save them. Inside the icy, cold wagon (it was freezing cold then, below -30 degrees Celsius), they were waiting terrified for the locomotive to jerk the entire train, starting a slow journey to the east — into the Soviet Union. The similar or even the same freight cars in a matter of months took others — the families of the victims of the Katyn Massacre, participants and supporters of the anti-Soviet underground, rich farmers, manufacturers and traders, officials and political activists, teachers and railroad workers, war refugees from Western Poland, as well as many, many others…

In April and June 1940, as well as in May and June 1941, they were not suffering from frost, but the heat turned out to be a deadly threat in the closed and overcrowded freight cars. Everybody was suffering from the lack of water and food. In the operation of massive deportations in 1940–1941, at least 330,000 Polish citizens were deported to Sybir — that is, to Siberia, Kazakhstan and the northern fringes of the European part of the Soviet empire. In the designated settlement area they had to face extremely difficult climatic conditions such as: overwhelming work and hunger. Many did not survive and those who returned after the years, kept in their minds the ordeal of Sybir forever. Now that there are fewer and fewer people who experienced this, we must remember!