“Świat Sybiru” (“The world of Sybir”) is the name of a new popular science portal devoted to the presence of Poles in Eastern Europe and in this part of Asia, which for centuries was subject to Russian influence. The portal was launched by the Sybir Memorial Museum and the Juliusz Mieroszewski Centre. 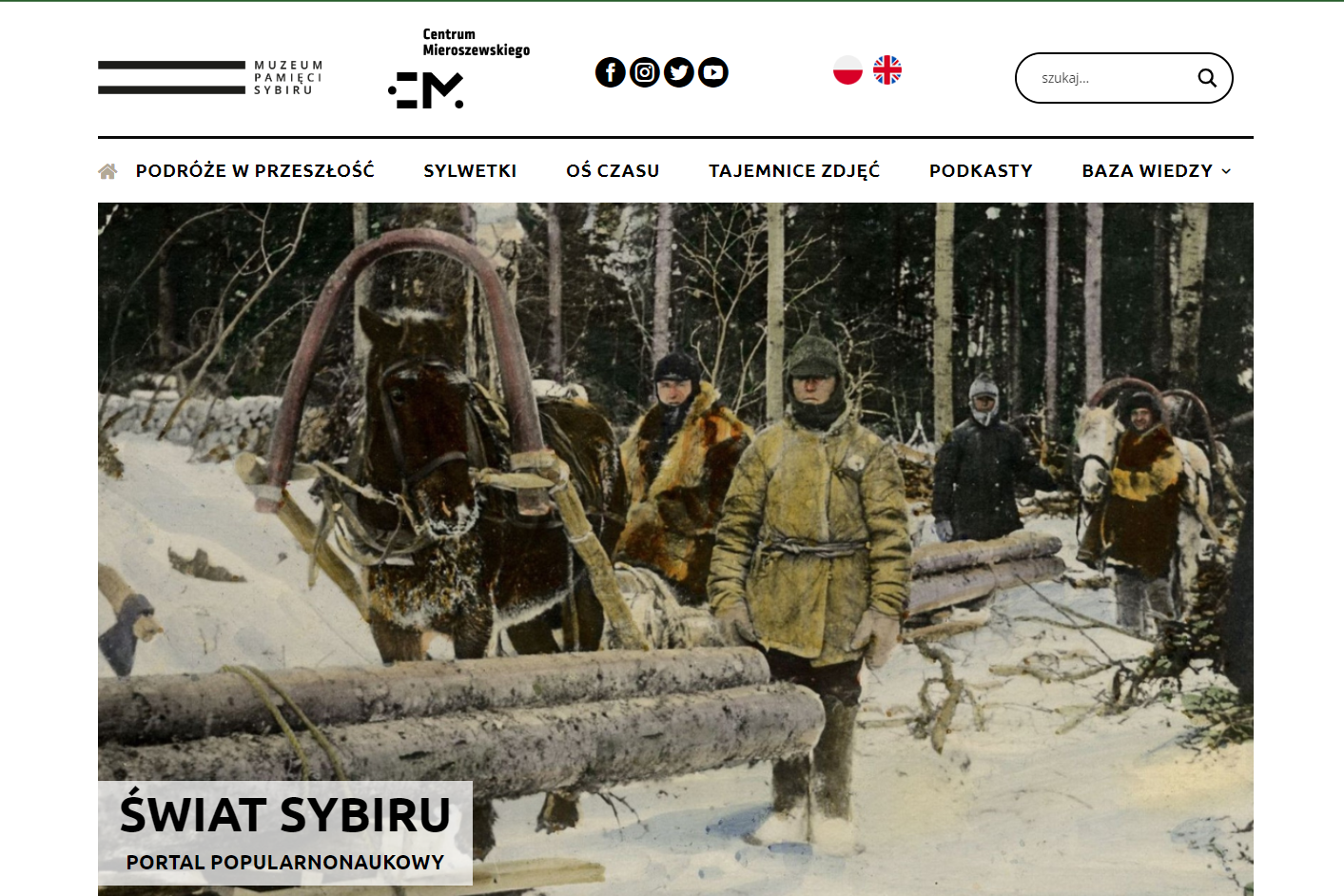 – The website “World of Sybir” was created on the initiative of the Museum and is run by our entire team, but it would not exist if it were not for the support of the Mieroszewski Centre. We hope that this is the beginning of a fruitful cooperation – stressed the director of the Sybir Memorial Museum, professor Wojciech Śleszyński, at a meeting with representatives of the media.

The portal is devoted to Sybir in its cultural meaning, and thus, above all, to the presence of Poles in Eastern Europe and that part of Asia that was subject to Russia and the Soviet Union over the centuries, with particular emphasis on the deportations of 1940-41 and their consequences, as well as Tsarist exiles. Its task is to show the essence of the East, help to understand the mentality of the inhabitants of this area and the historical context that has shaped the local societies for centuries. – We want to show this part of the world from an international perspective, which is particularly important in the current situation in the world – says professor Śleszyński.

The portal is available in Polish and English. As the creators of the website emphasize, it is aimed at a wide audience. – We try to make “Świat Sybiru” [“The world of Sybir“] at a high substantive and visual level, and at the same time to make it accessible to everyone – says Tomasz Danilecki PhD, editor-in-chief of the portal.

The website swiatsybiru.pl contains numerous popular science and journalistic texts, photos, as well as photo reports, documentaries, eyewitness accounts and podcasts. The portal presents not only archival materials from the collections of the Sybir Memorial Museum, but also such centers as the Sikorski Institute in London. Among more than twenty authors there are historians, literary scholars, journalists and popularizers of history from many countries of the world, including the United States, Great Britain and Kazakhstan. Renowned researchers – Anne Applebaum, Marta Herling, Wlodzimierz Bolecki and Eugeniusz Niebelski sent their articles.

The materials have been collected in the tabs “Travels into the past”, “Silhouettes”, “Timeline”, “Knowledge base”, “Podcasts” and “Secrets of photos”. The last of these assumes interaction with the audience of the portal. – We publish here photos of which we know little. We only know the place or year of taking it, or we have information about one of the portrayed people. That is why we have placed a contact form under the photos so that people who recognize people, places or events shown in the photos can share their knowledge with us – explains Tomasz Danilecki PhD from the Sybir Memorial Museum.

– Even before Russia’s aggression against Ukraine, we had problems with access to Russian materials, documents and sources – says the director of the Mieroszewski Centre, Ernest Wyciszkiewicz PhD. That is why it is very important that, first of all, the Sybir Memorial Museum was established in Poland, a place that tells Poles, but also Europe, about Sybir, and that we are opening a portal that helps to find out what Sybir is as a cultural, historical and political concept. I am glad that the Centre was able to support this initiative and I hope that we will continue our cooperation with the Museum in the coming months and years.

We invite you to familiarize yourself with the website: https://swiatsybiru.pl/en/