Sunday, September 18 was another day of our initiative ‘17.09. We remember’. At noon, there was a screening of the film ‘The Price of Liberation’ and a meeting with its director, Paweł Domański. 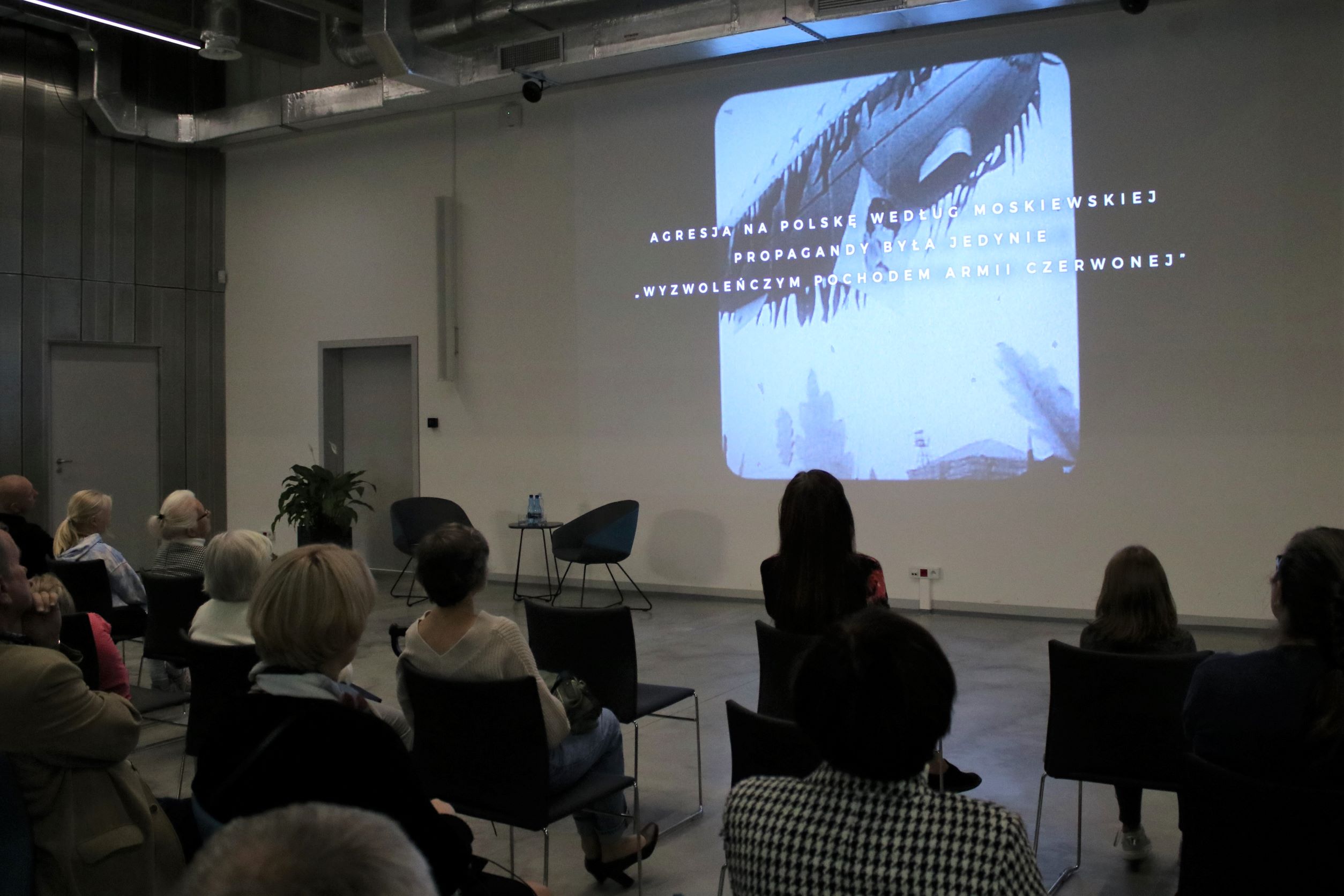 The audience gathered in the audiovisual room was greeted by the director of the Sybir Memorial Museum, professor Wojciech Śleszyński: – We need young artists who will show Polish history in a modern way and reach young people – he said.

After the screening, the conversation with the artist was led by Paweł Kalisz, who supported the producers of the film as a historical consultant. – When I was conducting classes with young people, I noticed that despite history lessons and the curriculum covering the history of the 20th century, they do not know the date of September 17, 1939 at all – said an employee of the Museum.

– It does not surprise me because they do not know the date of the Battle of Warsaw either. In addition, the education of older generations is also really needed – said Paweł Domański. – We are so familiar with the communist system in which we had to function somehow that it is hard for us to remember that it was a totalitarian system – he added. – Let us ask young people about September 17, let us teach them about it, but let us also ask other questions – Domański postulated. – For example, about laying flowers at the Monument to the Brotherhood of Arms of Polish and Soviet Soldiers in Szczecin, which I saw with my own eyes as a reporter.

– I respect the taboo on cemeteries, their sanctity, even if there are graves of the invaders. But I cannot understand how today, in the 21st century, we accept the myth of liberation. Now, when Putin’s army is ‘liberating’ Ukraine – said the director.

Domański’s film, thanks to suggestive images, but also statements of experts – including Professor Wojciech Śleszyński, Director of the Sybir Memorial Museum – shows numerous parallels between the situation in Poland after September 17, 1939 and the events that take place after February 24, 2022 in Ukraine .

– Work on the script lasted about a year and a half, months before the Russian aggression against Ukraine. The film was supposed to be about September 1939. But after February 24, we saw so many similarities that simply could not be ignored – said Domański. – If we can even use the word ‘use’ here, then we should use the situation in Ukraine to convince those unconvinced what it really looked like and what this ‘liberation’ is all about. That is why I did not hesitate to juxtapose photos from the Victory Parade in Moscow in 1945 and contemporary ones. It all repeats itself! – he said.