Rundown of working on the permanent exhibition

A project worth nearly 13 million zlotys will soon be available to the visitors. 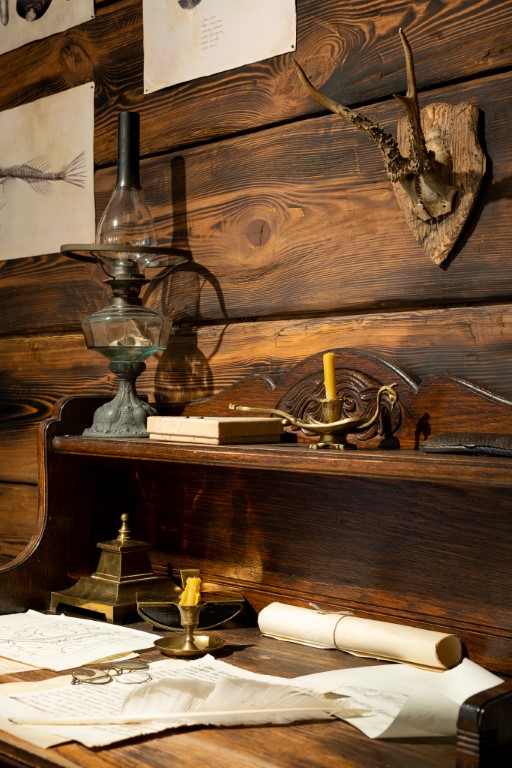 After 4 years of instituting and 3 years after getting a grant-aid from the European Union, the Sybir Memorial Museum has completed works on the permanent exhibition. A project worth nearly 13 million zlotys will soon be available to the visitors.

Syberia and Sybir and two common terms, yet the meaning of them is different. Syberia is a geographical land in the northern part of Asia, Sybir however determines all the places in Russia or USRR, to which Poles were deported. Sybir is a symbol of Polish slavery and suffering as well as strenght and survival. The permanent exhibition of the Sybir Memorial Museum shows not only repressions and tragedies connected with Sybir. It mainly presents an extraordinary strenght of people, who opposed to the power of cruel systems and to ruthless nature and, despite every obstacle, survived. It is a story of heroes, who live among us. The story that could only be written by life.
The composition of the exhibition shows the most modern trends in museology, combining multimedia, authorial narration and original museum pieces. Planned trail of visiting breaks the chronology in an unexpected way, suprising the visitor with the unorthodox approach to the subject. The visitor is led through the expedition by voices of Sybiraks- the witnesses of the history.

THE SYBIR MEMORIAL MUSEUM IN NUMBERS

Sybir Memorial Museum prepared the project “Implementation of the permanent exhibition and purchase of equipment for the Sybir Memorial Museum” and recieved a grant from the European Union under Measure 8.1 Protection of cultural heritage and development of cultural resources, the Infrastructure and Environment Operational Program 2014—2020, for which the intercessory institution is Ministry of Culture, National Heritage and Sport. As stated in the contract, the project recieved a grant for 6 783 630,07 PLN. The remaining figure was covered from the budget of the City of Bialystok.

The main contractor of the permanent exhibition was revealed on June 19, 2019. It is a company Deko-Bau, Ltd. By the end of the year 2020, 159 showcases were assembled, 29 over-head projectors and 95 audio devices were installed, 9 multimedial kiosks and 99 symbolic steles were set on over 2 000 square metres of exhibitional space. In the multimedial area, 1167 seconds of videos, 589 seconds of animations, 6109 seconds of records and 299 interactive points in kiosks were prepared.

On April 16, 2020 the institution signed a contract on buying and programming and audioguide system with the company Movitech. As per the contract, the main recording with the elements of radio play was made, as well as 6 recordings with foreign languages. Moreover, the company provided a recording with audiodescription for visually impaired people and a track for hearing-impaired people. 250 audioguide players were delivered, also 35 markers triggering automatical recordings and 30 markers triggering extra contents were placed. Soon we will present an infrastructure which will help in customer service.

The opening of the permanent exhibition is planned on September 17, 2021.

The project “Implementation of the permanent exhibition and purchase of equipment for the Sybir Memorial Museum” is implemented under Measure 8.1 Protection of cultural heritage and development of cultural resources, the Infrastructure and Environment Operational Program 2014—2020. Realised from the budget of the City of Bialystok.