Pilgrimage of the Banner of the Polish Mother of Siberia

On August 23, the Banner of the Polish Mother of Siberia, created on the initiative of girl guide, scoutmaster Grażyna Pietrykowska, a friend and advocate of the Museum in the Polish community in Great Britain and Canada was introduced to the Sybir Memorial Museum. 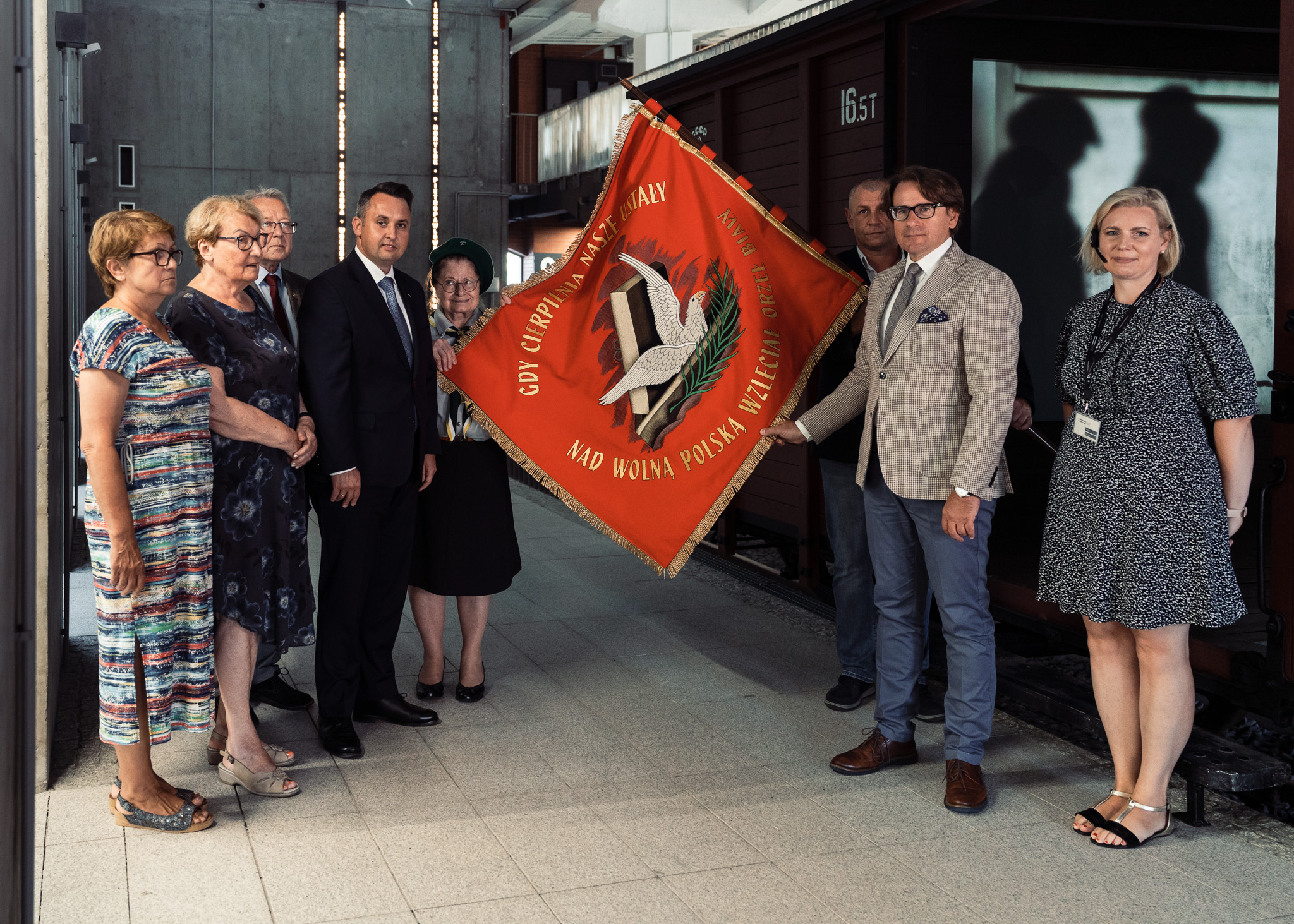 The obverse of the banner depicts the Mother of Siberia with children in the Siberian turmoil and the Mother of God who takes care of them. On the obverse there is an eagle soaring from between the tombstones and the inscription “When our suffering ceased, the white eagle flew over free Poland”.

The banner was funded by Grażyna Pietrykowska and the other representatives of the London community. — The banner will be transported to London, where it will serve as an icon of suffering on each anniversary of the mass deportations of Poles to Siberia — explains the initiator and main funder. — Here, in Bialystok, it began its “Pilgrimage of Commemoration” of the suffering of the exiles to the inhuman land and after completing his mission, it will return to Poland, to the Sybir Memorial Museum.

The meeting with Mrs. Pietrykowska was attended by the Deputy Mayor of Bialystok, Przemysław Tuchliński, and representatives of Sybiraks of the City of Bialystok.

— We are grateful to scoutmaster Pietrykowska for her initiative and support shown to the Museum. Accepting the banner will be an honor for us — said the Director of the Sybir Memorial Museum, Professor Wojciech Śleszyński.

After the meeting, Sybiraks and the representatives of the Museum, together with scoutmaster Pietrykowska, went to the Monument of the Signs of Remembrance of the Polish Golgotha of the East, standing on the site of the former Polesie Railway Station. This is where carriages with deportees to Siberia came from in 1940-41.