Peloton with history. Following in the footsteps of the Wygoda district together - Muzeum Pamięci Sybiru
19 September 2021

Peloton with history. Following in the footsteps of the Wygoda district together

Wygoda was a place of harmonious life of representatives of various religions and nationalities. A German family, who refused to sign the Volkslist lived here, a Polish baker here, and an Armenian family in this house — said Marian Olechnowicz, a Bialystok historian and enthusiast, who led the bicycle Memorial Peloton through the streets of his childhood. 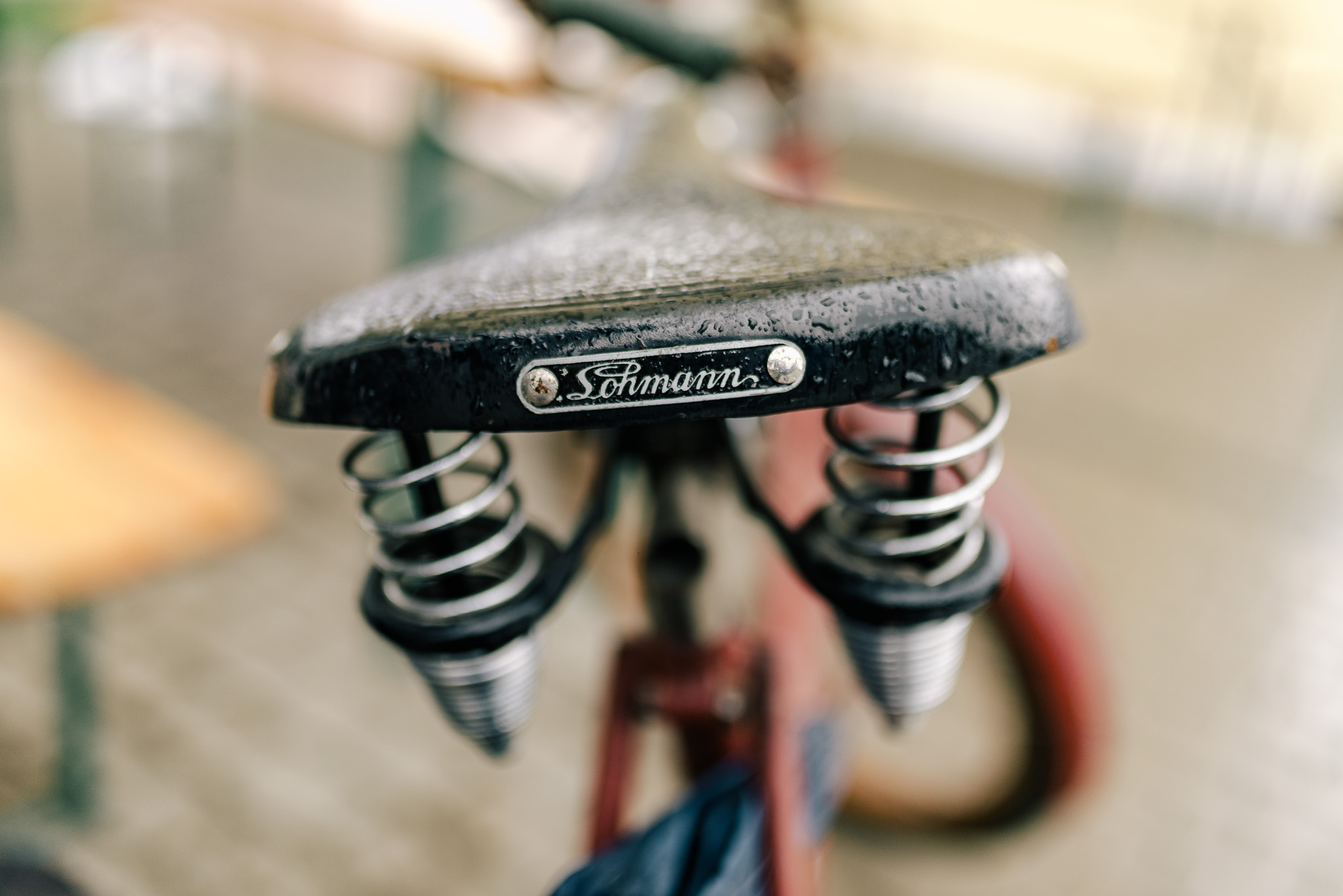 The district took its name from the Wygoda inn, which was the place to stay for those travelers who traveled by road from Supraśl and had no chance to reach the city gates before they were closed for the night – explained the guide.

— I was wondering what would we have done, in Wygoda, on such a rainy day, if we had been children from several dozen years ago — said Marian Olechowicz to the group of cyclists who, despite the rainy weather, decided to ride together. — We would have probably played with lead soldiers. We smelt them from missiles found in the forest, where the 42nd Regiment had its training ground.

The group of cyclists traveled through the most interesting historical places of the district. After leaving the grounds of the Sybir Memorial Museum, the cyclists traversed the narrow streets of the so-called Brasilka. — The name comes from the fact that even before World War I, a man was circulating here, persuading the inhabitants to settle in Brazil. There, they were to receive earthy soil and a chance to make a prosperous life. Some people believed, several families entrusted their savings to him, savings which he was collecting for a trip for a group of interested parties — said Marian Olechnowicz. The stranger disappeared with the money, only the name that encompassed the two streets of Wygoda was left. This is where would-be travelers lived.

The first stop on the way of the peloton was the Evangelical cemetery. — It was established in 1885, only three years after the Orthodox cemetery and a year before the Parish cemetery — explained the guide. It was needed by the Evangelical community, which mainly consisted of factory owners. They moved to Bialystok from Congress Poland. The necropolis covered a large area. Today there are blocks on its part and there is a park, but a fragment of the cemetery with a lapidarium is an important souvenir to this day. — Among the tombstones you can find a cross from the grave of the Buchholtz family from Supraśl.

“Zdobycz Robotnicza” at Jesienna Street is a district of houses for workers built by the city in 1927 and the next stop on the route of the peloton. — Commissioning of 15 houses, each for 10 families, was planned. Ultimately, there were three. Establishments indicated outstanding employees who had a chance to participate in this project. It was assumed that the workers would make their own contribution to the labor. Whoever was more involved in the construction, gained more — explained the historian. The modernist architecture of the houses harmonizes with the design of the houses of the Zdobycz Urzędnicza from Świętojańska Street.

Through narrow streets, the peloton reached the Jewish cemetery. — It is not true that the inhabitants of Bialystok do not remember the former Jewish inhabitants — said the guide. — Pay attention to the number of lamps lit by the wall separating the Jewish cemetery from the Parish Cemetery for All Saints — he said. There were also stories about the pre-war funeral of the rabbi, who gathered thousands of inhabitants of Bialystok.

A real treat was the sight of an old manor house from the mid-nineteenth century, hidden in a small street near the gas plant. — A significant part of the Wygoda district is located on the grounds of the former farm belonging to this manor. The habitat already existed before. The hunter and forest ranger of the Branicki family resided here. He had to earned during the visit of the last king, Stanisław August Poniatowski, because there is an information he was awarded a golden watch by him — said the historian. Only half of the brick building and a beautiful Starodrzew with a huge oak at the head have survived to this day.

The cyclists ran onto Traugutta Street. There is a church here that used to be a garrison church. — The Kazan Infantry Regiment was stationed here. The building of today’s kindergarten is a former guardhouse — explained Marian Olechowicz. In turn, today’s Regiment restaurant and hotel are located in — most likely — the seat of the regiment commander. The 42nd Infantry Regiment was stationed here in independent Poland.

At the nearby railway station there used to be a brick station building very similar to the one recently renovated at the main Bialystok station. — Both stations were important, but over time, the one that is now the main one was intended for passenger traffic, and Poleski (now Fabryczny) took over the freight traffic. Today there is no trace of the railway station from the tsarist times (the retreating Germans blew it up in 1944). However, to this day we can find elements of the railway infrastructure from the time of steam locomotives. The side road was also used by the nearby Regiment, and under the Soviets regime the siding was used to organize deportations to Siberia, the historian explained. The area is very extensive, the warehouses at Węglowa Street were a part of this military siding. — That is why it was natural to use this particular building, a warehouse that remembers that time, for the seat of the Sybir Memorial Museum — said Piotr Popławski, PhD, head of the Museum’s Cultural Projects Department.

The last stop on the route of the Memorial Peloton was the place of the commemoration of the victims of deportations — right next to the train station. — This place is special — emphasized Piotr Popławski, PhD from the Sybir Memorial Museum. Poles were deported from many places, but only this place witnessed their return later. Taken from Vilnius or Lviv, they did not return to their cities, they settled in Western Poland. Inhabitants of Bialystok and Podlasie, once here — as the Soviets called — “komasowani” on this side road, also got off here after returning to their homeland.

The peloton ended with a minute of silence in honor of the victims of the deportations. When the group of cyclists returned to the headquarters of the Museum, the guide concluded the meeting with the words: — We returned to the old military warehouses. This one here is special. Turned into a museum, it became a storehouse of memory.