News from Siberian Bialystok — ceremony in the rebuilt church

Saint Antoni of Padova is the patron saint of missing people and things. He is also the patron of the church in Siberian Bialystok. The patron saint was solemnly celebrated in the recently rebuilt temple. 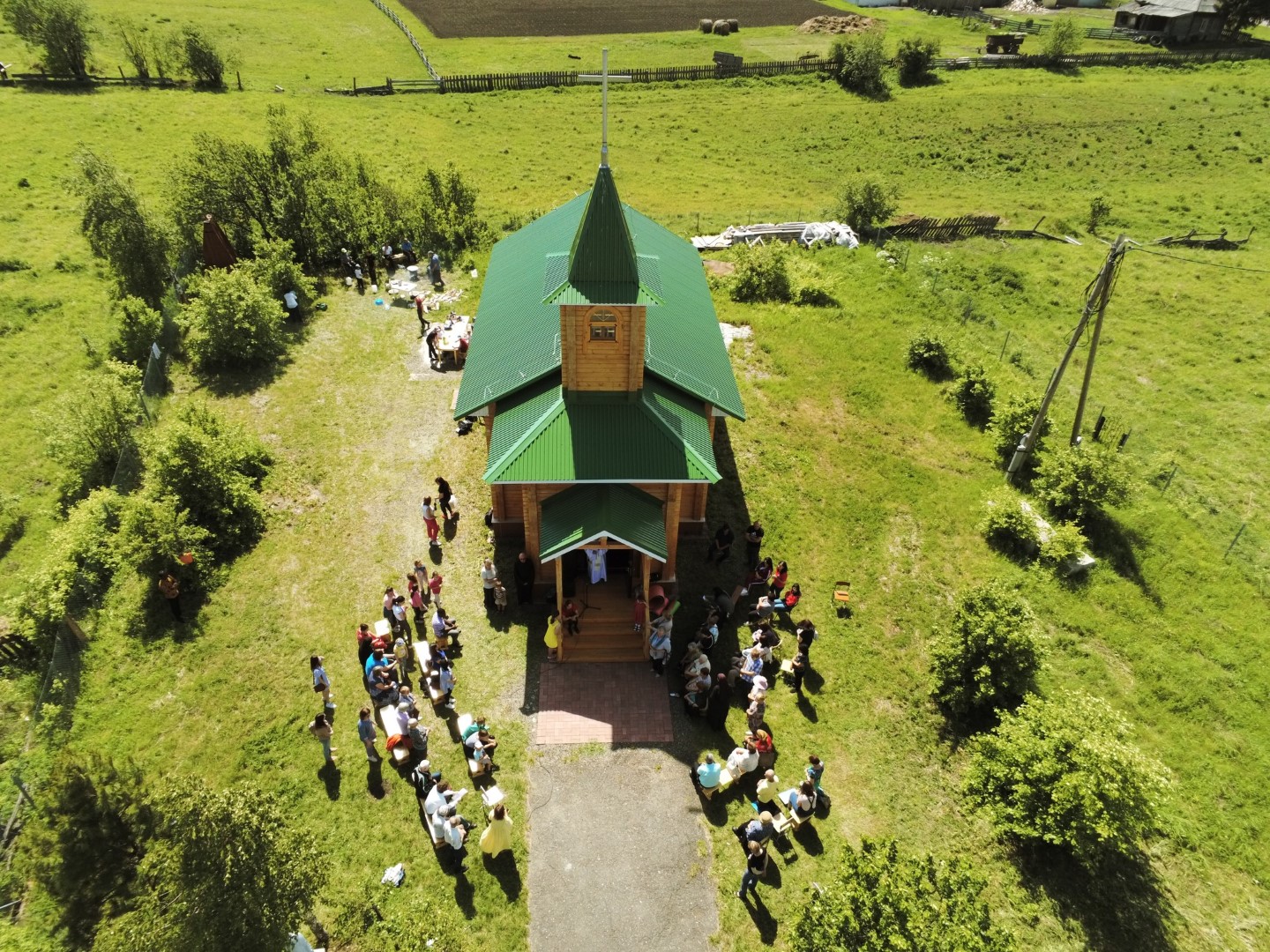 The memory of saint Antony is celebrated on June 13, on the anniversary of the death of the saint (he died in 1231). The celebration gathered a number of parishioners from Bialystok and the surrounding area.

Bialystok is a village founded in late 19th, 20th centuries by voluntary settlers from the Grodno province. The peaceful life of the inhabitants ended with the advent of the Soviet regime. Already in the 20’s the church in Bialystok was closed. During the years of the great Stalinist terror and the so-called During the Polish NKVD operation, the village suffered ruthless repressions. Most of the men from Bialystok were shot. The Catholic church re-started its activity in the village in the 90s, after the collapse of the USSR..

A huge blow to the community was the fire that consumed over a hundred-year-old church in 2017. People of good will from all over Poland joined in its reconstruction. Our Museum also joined this extremely important work. The rebuilt church was consecrated in 2021. We described the history of the village, its inhabitants and their church in our museum publication entitled ‘Siberian Bialystok’.

We would like to encourage you to visit our stationary or online shop:

Photos of the ceremony have been send by Wasyl Haniewicz.