On Monday, October 18, a world-famous conductor and composer Jerzy Maksymiuk, bonded natively to Bialystok, visited the Sybir Memorial Museum. He visited the permanent exhibition and met with the representatives of the city authorities. 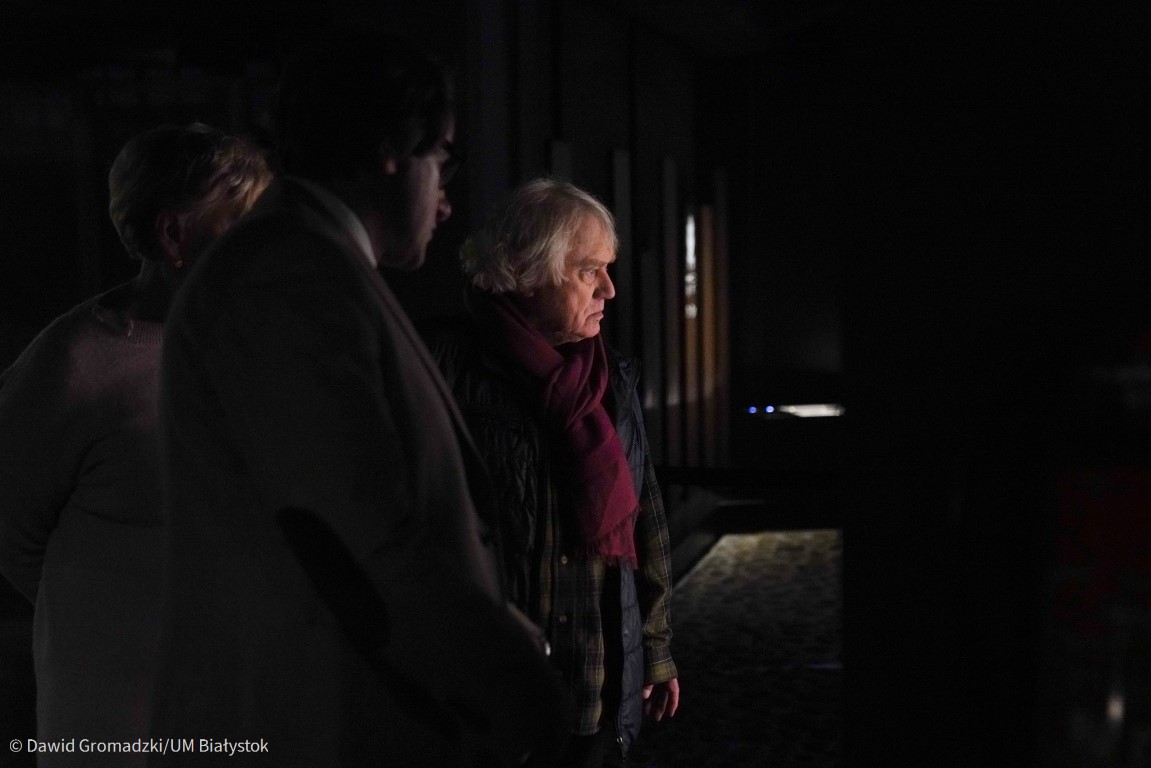 Maestro came to us in the company of his wife, Ewa Piasecka-Maksymiuk. The director of the museum, Wojciech Śleszyński, PhD, gave the guests a tour of the permanent exhibition, which made a great impression on them. “I definitely need to come back here” — said the artist. “It has to be shown to both adults and children” — he added.

Jerzy Maksymiuk paid special attention to the musical instruments, which were among the items taken — and then brought back to Poland — by people deported to the East. At the exhibition, you can see the violin belonging to the Jąkała family. The Soviets took the family on February 10, 1940. It was the most precious item, which the family had in the Siberian taiga. On the other hand the zither belonged to the Dzikowski family. The instrument got to Kazakhstan with the wife and children of Edward Dzikowski, deported on April 1940. He himself played the zither when he joined the family after leaving a Siberian camp.

After visiting the permanent exhibition of the Sybir Memorial Museum maestro Maksymiuk along with his wife met with the Mayor of Bialystok, Tadeusz Truskolaski and the Deputy Mayors Rafał Rudnicki and Przemysław Tuchliński.