„Welcome to Kolyma — the golden heart of Russia” — with these words we started the journey to the areas located at “the end of the world”. Jędrzej Łukowski took us to this land. 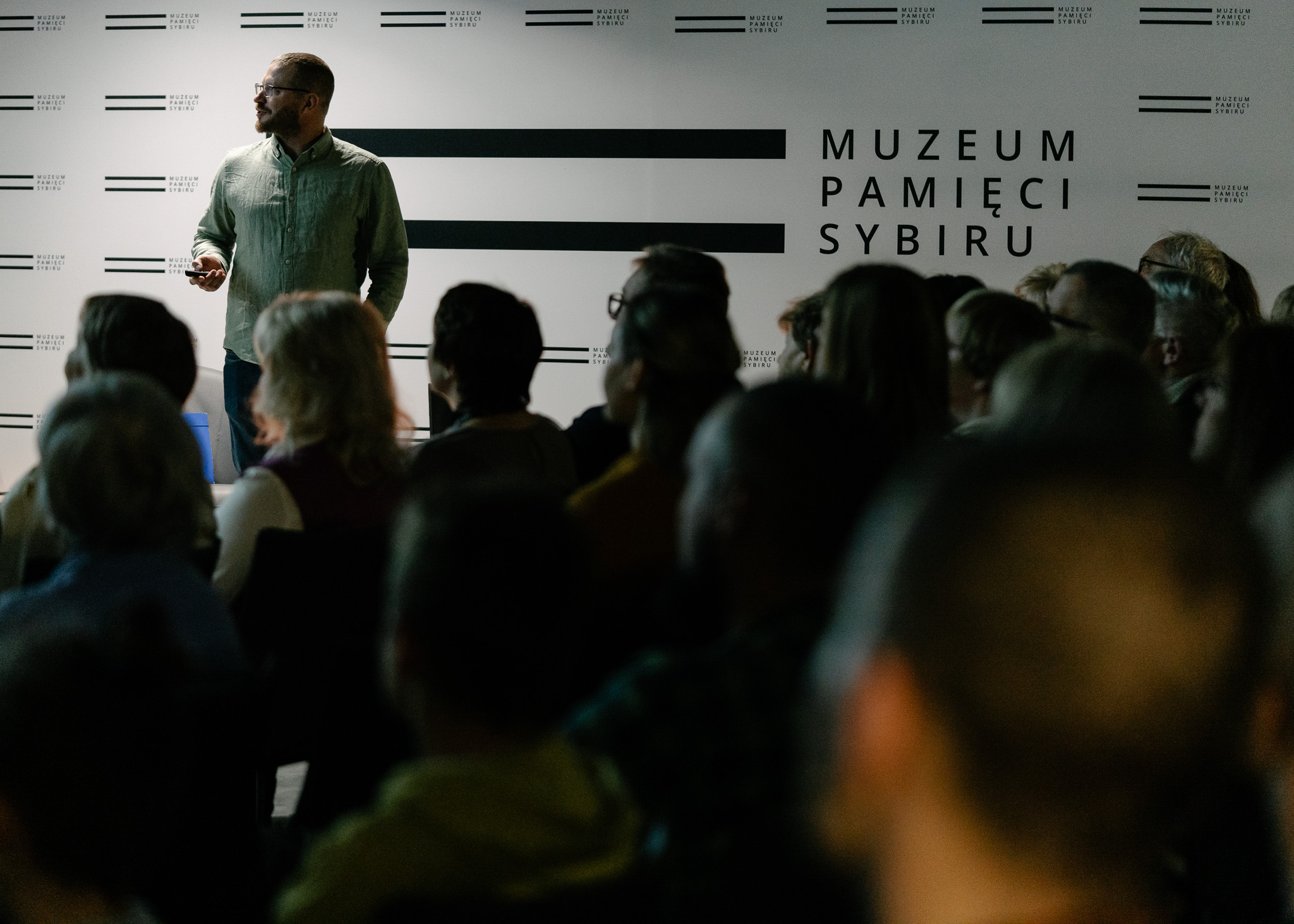 This is the third meeting of our “travel” series. Its subject matter oscillates around the distant areas of Siberia and Kazakhstan. This time, the guest of the Sybir Memorial Museum was an enthusiast, traveler and organizer of expeditions — Jędrzej Łukowski. He spent many months in the carriages of the Trans-Siberian Railway, and during his expeditions he reached the farthest corners of Russia.

During the meeting entitled “Expedition to the end of the world”, Jędrzej Łukowski talked about the journey along the Kolyma Route, from Magadan to Yakutsk, over 2000 km long, leading — as he himself said — through the void, where nature is the main companion.

— It feels like this nature is all-encompassing, powerful, infinite, wild. These are places where man is really little towards the vastness and power of nature — he noted.

— A better passenger car is enough to ride the Kolyma Route from Magadan to Yakutsk. Unless it’s after the winter, then you need an off-road car. On the other hand, if we want to turn aside and reach the former labor camps, KAMAZ with four-wheel drive and high suspension works best — continued Jędrzej Łukowski. It must be remembered that Kolyma has not only beautiful natural circumstances, but is also a memorial site, which consists of the remains of the Kolyma labor camps.

— Prisoners who reached Magadan set off for the next camp points located along the Kolyma Route or somewhere in the Kolyma Mountains, in the middle of nowhere. Right here the road was built, because it was necessary to get to the gold, lead and uranium mining areas and to the camps that supported the mines, he emphasized.

At the end there was lots of questions about the details of Jędrzej Łukowski’s expeditions, or whether he hoped to resume organizing trips to Siberia. He replied briefly, “I miss them so much I have to believe it.”

There was also a question to the employees of the Sybir Memorial Museum: “When is the next meeting of the series?”. We are extremely pleased that you liked them so much and we have some good news: the next one will take place on January 19, 2023!

Tickets are available at the link: