It accompanied the family during the deportation to Sybir. Now it is in the Museum’s collection. An unusual violin in Sybir Memorial Museum. 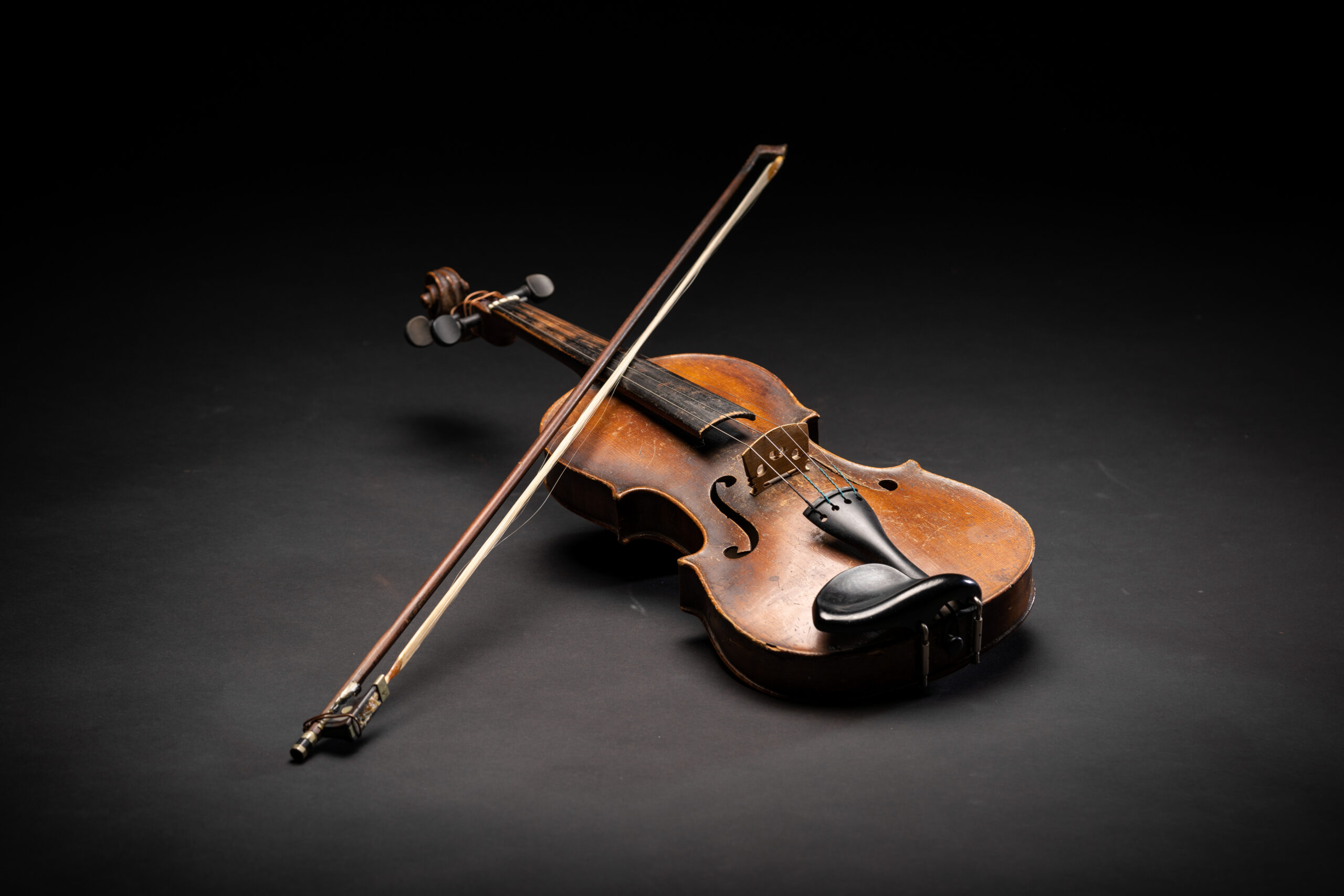 The last months of 2020 in the Sybir Memorial Museum were really busy because of building the permanent exhibition. A special equipment is delivered and installed, or the office furnishings. The Museum’s colelction was lately enriched with a very interesting object- a violin, which accompanied the Jąkała family during their deportation to Syberia.

ON THE ROAD TO DEPORTATION WITH THE VIOLIN

Józef Jąkała, his wife Ludwika and their children were deported on February 10, 1940 from the village Gora (in Lviv voivodeship). Their neighbour warned them about the deportation, so they have enough time to pack the most important things, including violin.

The tradition of playing the music together with he whole family was adopted from the highlander’s folklore and it impacted the history of the violin. Józef’s father, who was born in a village Spytkowice, was resettled with his whole family (as a son of Józef Piłsudski’s supporter) to Bełza near the river Sołokija. While moving, he took the violin, given to him by his father. The violin was a very important object in the family, not only in matters of earning the living. Fistly, the father taught his son Józef how to play them. Then him, cultivating the family tradition, passed it to his children with sensitivity. In the moment of deportation, the instrument recieved a special care.

After three weeks of travelling in a cattle carriage, Jąkała family, along with other families deported from Bełzo got to the Czara- a city located deep into the Siberian taiga forests. After the amnesty, the family could leave the taiga with the first transport. Violin helped with it. Józef’s daughter, Marysia, asked her father to give the Soviets the object most precious for him in order to get out as quickly as possible. The governor of the city was touched by the girl’s bravery. Not only did he agree on the family leaving, he also gave them the instrument back. Ludwika did not have enough food to feed her six children. After her request, two sons Franciszek and Stanisław were accepted into the army youth unit.

Jąkała Family started their long journey through the world. They passed Pahlevi, Teheran, India and Tanganika. On 3rd of July 1947 they returned to Poland. Stanisław and Franciszek managed to do it a year later. After finishing the service in Youth School of Cadets and Communications, they did not decide to stay in England.

The violin and the memories connected with them are a great example of how an object can carry an amazing history with itself. The violin was given to the Sybir Memorial Museum by Mrs Barbara Derbisz- a granddaughter of Józef Jąkała. We are very grateful for this wonderful gesture! Currently, Sybir Memorial Museum is in possession of nearly five thousand exhibits. Among them, there are commemorative photographs, documents, private letters, personal objects or pieces of uniforms. Everyone willing to donate the exhibit or share the memories are welcomed to contact with the Collection Departament.