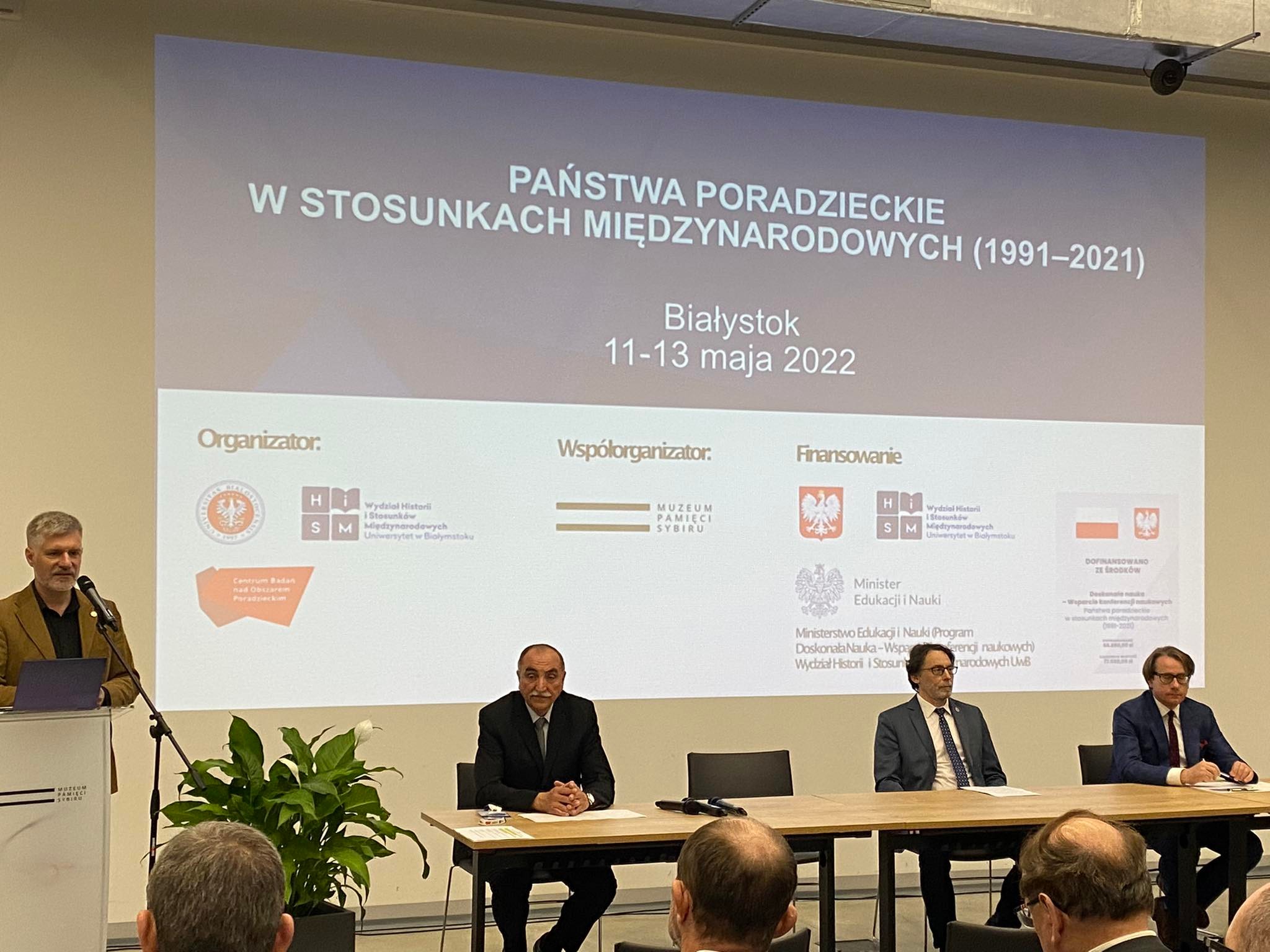 The best specialists will explain to us the last 30 years of history, also referring to the tragic events that happen behind our east border — says about the conference professor Wojciech Śleszyński, PhD, director of the Sybir Memorial Museum.

During the first day of the session, those gathered in the audiovisual room of the Sybir Memorial Museum listened to, among others, lectures on the collapse of the Soviet Union, Ukrainian geopolitical thought, the last thirty years in the history of Georgia, and social research on the longing of Russians for the Soviet Union. There was also talk about trade relations, authoritarianism in Belarus and Ukrainian artists.

On the second and third day of speeches and discussions, the conference is moved to the buildings of the University of Bialystok. The event will end on Friday, May 13 with a seminar on the geopolitical elections of Eastern European countries.

The conference was co-financed by the Minister of Education and Science — Excellent Science Program — Support for scientific conferences.