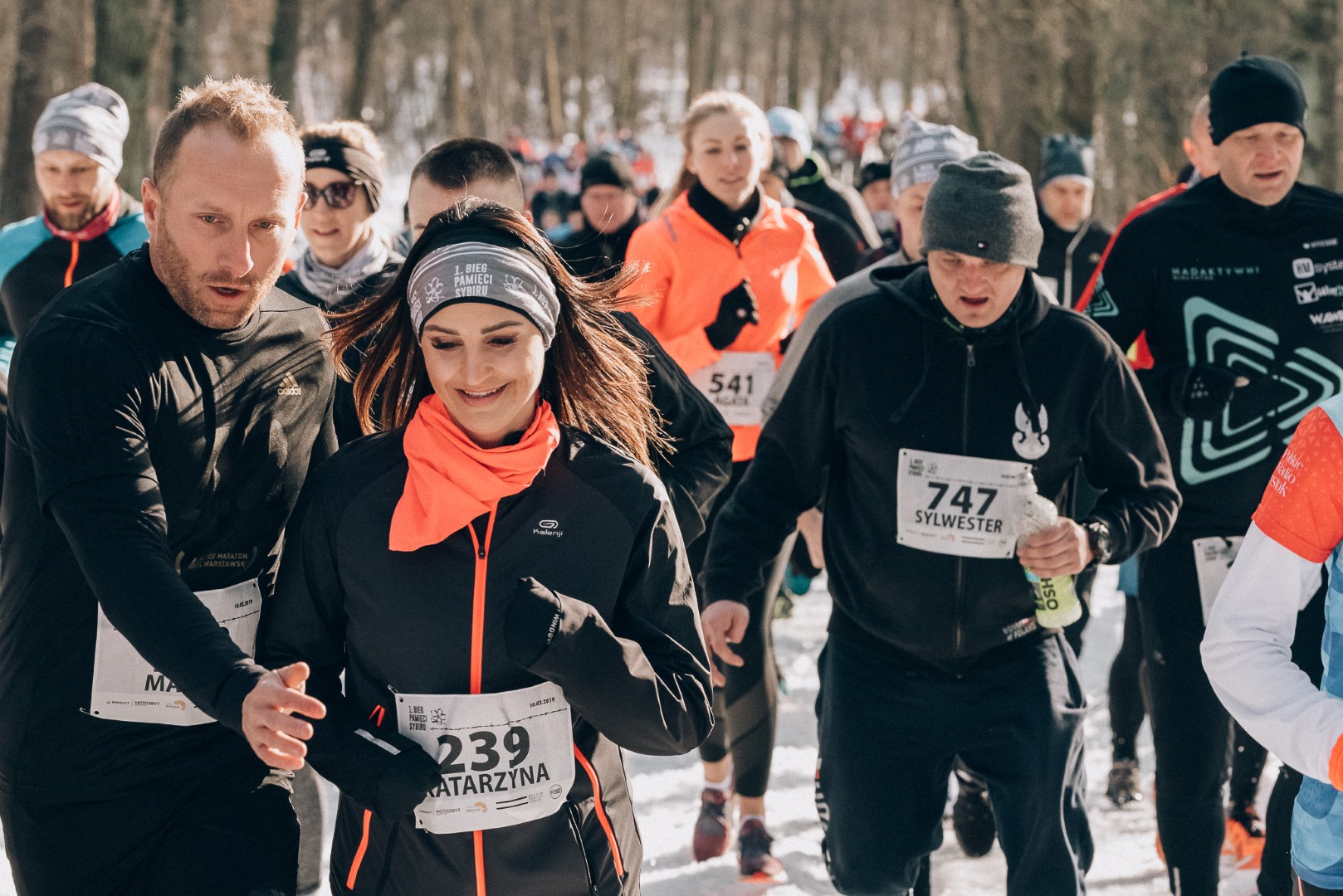 On February 10, 1940 the Soviets made first of four mass deportations, during which they took to Sybir thousands of Polish citizens. Wanting to honor the memory of the victims of the deportations and cherish their memory, along with Bialystok Biega Foundation we organize each year the Sybir Memorial Run.

The first and the second edition gathered almost 1800 people. In 2019 we run five kilometers in the Pietrasze Forest in Bialystok. One year later the event consisted of two parts – Daily Run and Nightly Run. The beginning of the first one took place in the heart of Podlasie’s capital city – next to Branicki palace. A few hours later we went to the well-known forest’s paths. Every time the road was reach in historical reconstructions and artistic installations, thanks to which participating in the event gave wonderful impressions.

Third edition of Sybir Memorial Run was held in 2021, during the pandemic times. It became a virtual and cosmopolitan event, in which 1500 people took part from many countries. This time, the beginning was not the same for everyone, each contestant could walk or run five kilometers in free time and place. Together we ran 43 000 kilometers.

Over 550 people in Saturday 12 run through Bialystok’s Solnicki Forest to commemorate the memory of those who were deported 82 years ago by Soviets to the East. They run the distance of 5 kilometers.

Some took part in the Sybir Memorial Run for the first time just like Mrs. Grażyna: — I hope I can do it, it is my first run — she said before the run. With her participation she wanted to commemorate the memory of her mother and mother-in-law — they both were Sybiraks. Mrs. Wioleta run for the second time. On her starting number there was information about Hanna Świderska. — I chose her from the list prepared by the Museum — she said, warming herself up before the start. Mrs. Aneta used the same opportunity. On her starting number was the writing “I run for the Sybirak Franciszka Wandałowska”. Mr. Radosław commemorated the memory of the same person. Father Adam from the parish of Holy Spirit in Bialystok consciously decided to run in soutane: — I put my soutane on me on purpose, I wanted to commemorate priests who were taken to Sybir. Latetly, I have read about a lot — he explained. This is his second run, although last year he took part in other circumstances — Last year we run the distance of 5 km with the foster children of the community home on the premises of the facility.

The 4th Sybir Memorial Run was held in the Solnicki Forest. Start and finish were placed on the big field at the corner of Ciołkowskiego and Filipowicza Streets. Many runners came here with their families, the atmosphere was pleasant. Before the start of the first “wave” of runners the chairman of the Białystok Branch of the Siberian Association, Tadeusz Chwiedź turned to them: — We Sybiraks are happy that so many people have come here. Nation, who does not know its past, loses its identity, stops existing. Your presence here shows you remember about the past, about those who suffered a lot. By taking part in the Run you give a proof of remembrance and patriotism. Take care and enjoy the run! — he finished. Mrs. Janina Rutkowska, the founder and honored member of Sybiraks Grandsons’ Community did not hide her emotions: — This is my first time, I am spellbound. It is a wonderful way to get to young people!

On the route through the Solnicki Forest, employees of the Sybir Memorial Museum arranged four light installations — one of them evoked railway sleepers, the other the lights of a locomotive. In one of the last sections, up the hill, the runners could see an arrangement of two rows of red lights. — How beautiful! — we heard from the participants of the run.