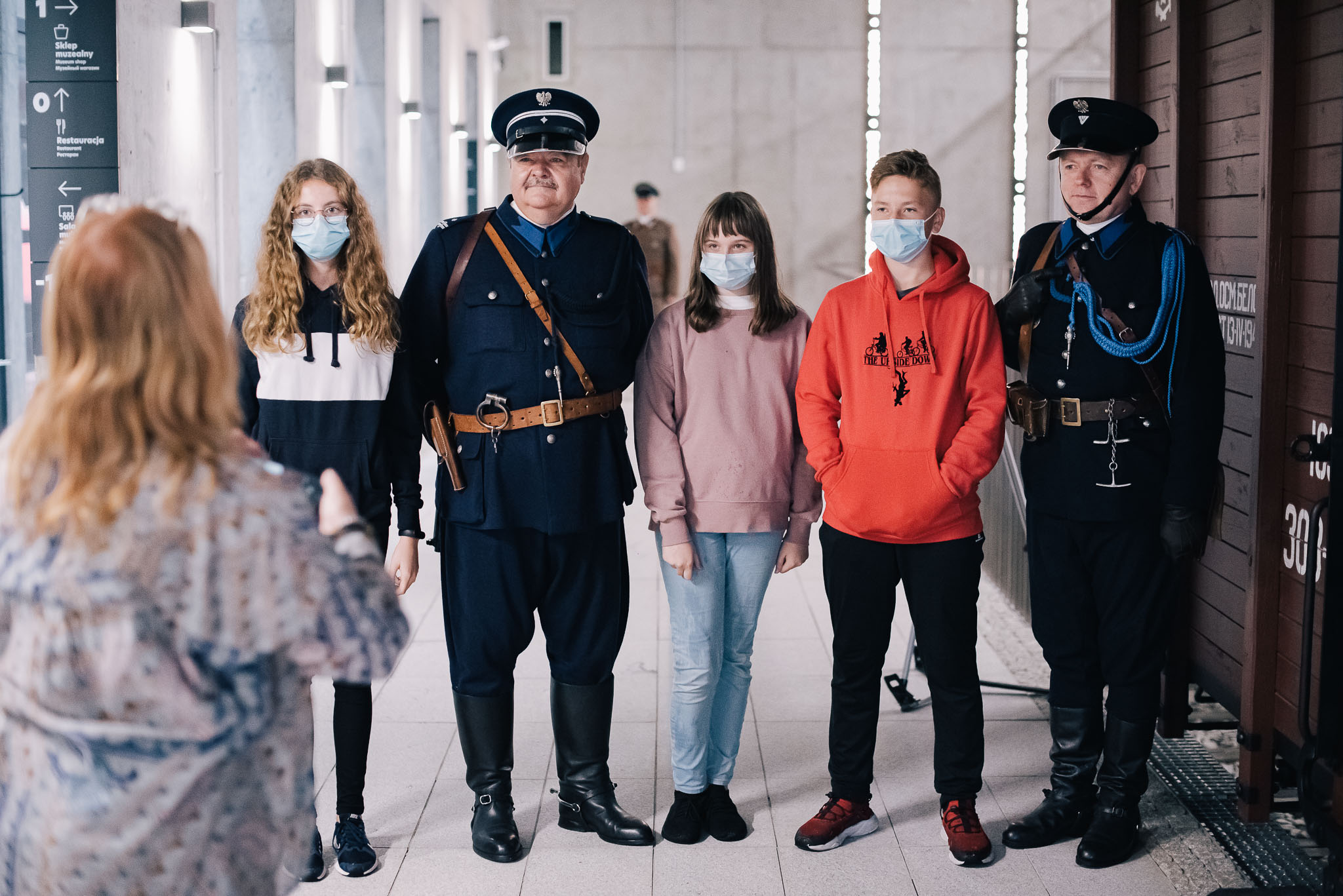 Topics of the workshops in the educational rooms:

1. The exile paths of the Pilsudski brothers

Description: Everyone knows the first one, the second one — not quite many. During the workshops we will get to know the brothers’ unique fates. We will find out what does Józef Pilsudski’s moustache have in common with Siberia and why do Bronislaw’s grandchildren live today in… Japan.
Thanks to a variety of riddles and logic games we will go back in time to the times of the Pilsudski brothers, getting to know their fates in Sybir and their unique actions. The period of the decline of the partitions and the struggle for independent Poland will be the background to the stories of the national symbols adopted then and still in force today.

Duration of the workshops: 60 minutes (+ time to use the changing room)
Key words: history of science, polish discoveries, experiment

Description: In the 19th century Siberia hide many secrets, which were waiting for their explorers. During the workshops we will take a look at polish explorers of this unique land. We will discover where are the Czerski or Jankowski mountains located and find out how they got their names.
We will make an experiment repeating the unbelievable action of Benedict Dybowski, who examined the Baykal lake’s depth without modern tools. Using authentic equipment for recording and playing volume from the last 130 years we will turn back in time to see what kind of equipment had Bronislaw Pilsudski during his ethnographical examines.

3. From Sybir to the front

Description: Joining Anders’ or Berling’s Army was for Sybiraks the first chance to get out of the soviet hell. Nevertheless, the road from captivity into the ranks of Polish Army was very often dramatic and hard. During the workshops we will take on the role of war reporters, who thanks to the use of many directions and materials such as press, photos and memoirs will get to know the circumstances of creation and the combat trails of both armies.

To get necessary information, we will have to be more innovative in perception and cleverness, crack the code and separate the true information from the so-called fake news. It is possible to extend the workshops with the use of the exhibits — the examples of weapons and equipment of both armies.

4. They came at dawn

Description: The title of the workshops are the words very often said by Sybiraks in their memoirs. Workshops will bring us closer to some situations that deported people had to face. We will see a reconstruction of arresting and discuss what items were packed by families. We will listen to Sybiraks’ authentic relations. We will become aware of their fates. We will see their fates were different and very often the contrast to their dramas was the beauty of the landscape. Thanks to the use of goggle of virtual reality we will move to the world that surrounded deported people.

1. First visit to the Museum

During the first meeting with the Sybir Memorial Museum, we will see how many tasks this institution performs. We will enter the largest exhibit and the world of the permanent exhibition. We will discover that behind an ordinary object there are often extraordinary stories. We will learn, for example, the fate of the teddy bear who traveled halfway around the world. We will also learn how a doll in Polish, highlander clothes got to Africa. Meetings with ordinary-unusual exhibits will encourage us to learn about the stories hidden in family souvenirs.

As a part of the path there is the possibility of visiting the background of the Museum (for example the Conservation Workshop, the exhibit magazine) and meet the museum’s workers taking care of the collections.

The path starts in the part of the exhibition presenting the pre-war period and the beginning of World War II. We will try to answer the question if the beginning of the war forced children to become ‘little adults’. We will see and hear two women: Sara Wajnsztej and Zosia Dąbrowska, who as little girls experienced exile. We will see what did they take with themselves and what did they have to leave at home.
We will get inside the reconstructed carriage that took people to the East. We will see the authentic items which were taken to the ‘inhuman land’. We will be surprised by not only how a class in a soviet school looked like, but also the living conditions of deported children and the fact that older had to go to work.

3. Poles in the Siberia of the Tsars

Walking this path will allow us to get familiar with the subject of exiles of Poles to Sybir from 16th to the beginning of the 20th century. It will be an opportunity to discover how the road to East of the convicted people and prisoners looked like at the times before the invention of the railway and cars. Exiles sometimes used their stay in the far and mysterious parts of the tsars imperium to do researches, about which we will find out at the explorer’s study.
We will be surprised by the unknow image of Sybir, that we can see at the part devoted to voluntary migrations of Poles to East, to places where our other countrymen were taken forcibly. The path will end up with the presentation of the last tsarist exiles and among them the best-known one — Józef Pilsudski.

4. Deportation and life in exile

By choosing this path, we will find ourselves in the middle of the deportation actions that started in February 1940. We will find out why the whole families, with children and seniors, were crammed into carriages and taken to the ‘inhuman land’. Inside the carriage, we will hear the relations of the witnesses of these events. We will also see items taken by Sybiraks from their abandoned homes. After traveling the symbolic road to the East, we will reach the part of the exhibition, that teaches about the differences in life in the Siberian taiga and the Kazakh steppe, from the perspective of the deported Sybiraks. What mark did Siberia leave on these people? We will look for the answer to this question at the end of the exhibition.

The path will bring us closer to the course of World War II. We will learn about its origins, with an emphasis on the joint responsibility of the Third Reich and the Soviet Union for its unleashing. We will get acquainted with the elements of the armament of the Soviet and German armies, as well as with the equipment of Polish soldiers.

The subject of the meeting will be the tragic fate of about 22.000 Poles — Polish Army officers, officers of uniformed services and the representatives of the civilian elite — murdered by the Soviets in the spring of 1940. In the Memorial of the Katyn Massacre, we will see the names of the victims of the Katyn Massacre and find out why some of the boards are not full and who they keep waiting for.

Following this path we will find out not only about the victims of the Katyn Massacre, but also about the tragedies of their families.

7. A world apart — the anatomy of the soviet GULag

What was the „Archipelag GULag” and how did the titled „A World Apart” look like behind the barbed wire of the Soviet labor camps beginning from the moment of arresting and the first interrogation. We will listen to the victims of the soviet repressions and tortures and see a labor camp inside.
Visual aspect of this part of the exhibition will make us realize how tough was inmates’ fight to keep a piece of humanity. We will also get to know the fates of Gustaw Herling-Grudziński and see one of the first ‘underground’ edition of his book.