The Soul of Sybir. Professor Tadeusz Gadacz on humanism in the face of evil - Muzeum Pamięci Sybiru
19 December 2022

The Soul of Sybir. Professor Tadeusz Gadacz on humanism in the face of evil

We can use intellectual procedures to build a social community, to educate, but also to hate. The intellect is not to blame, but the one who uses it – said the philosopher Tadeusz Gadacz at this year’s last meeting of the ‘Soul of Sybir’ series 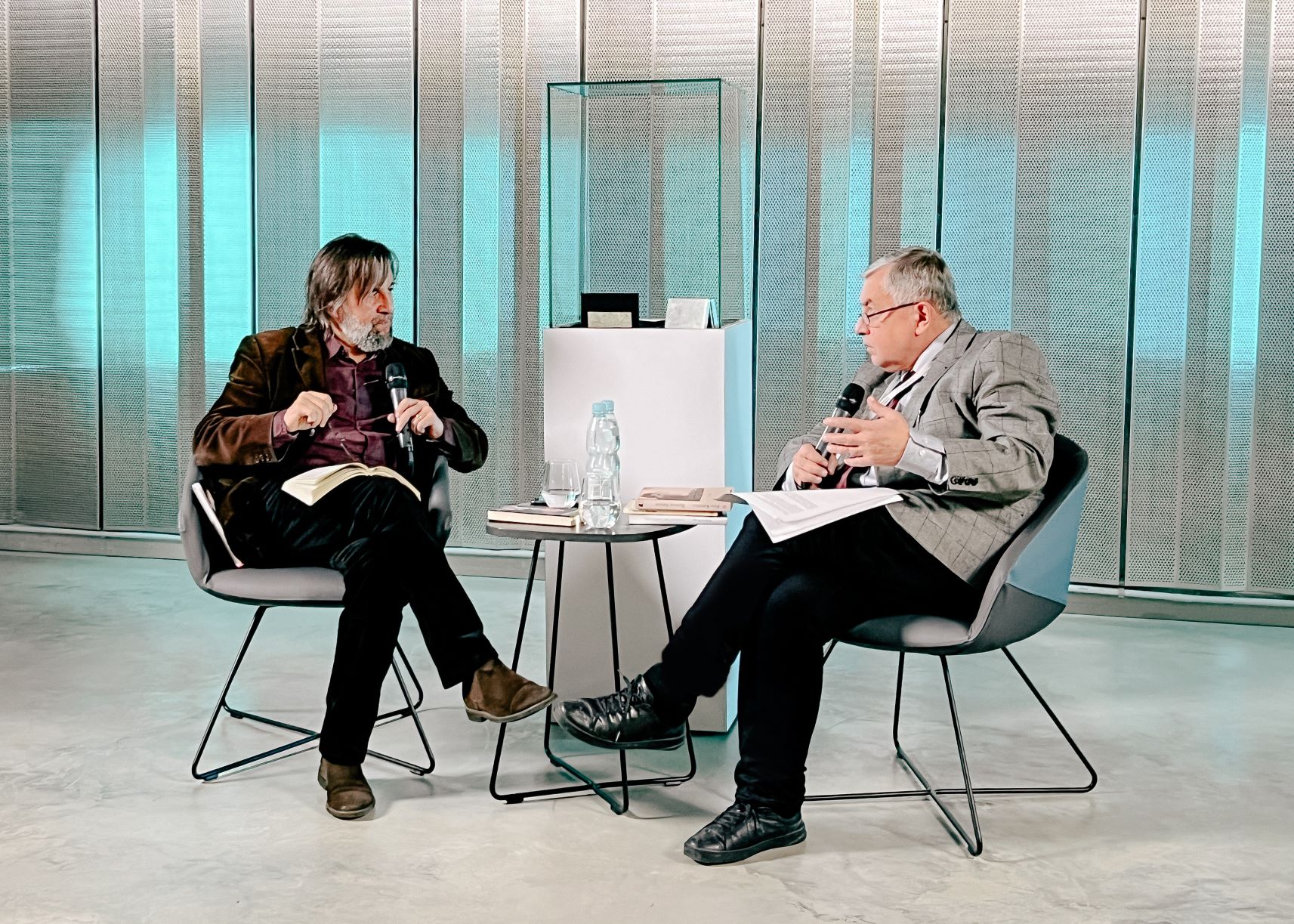 – I have been confronting the problem of evil since my childhood – said Professor Tadeusz Gadacz, a philosopher and religious expert, at the beginning of the meeting. He mentioned how he grew up in Krakow’s Kazimierz, near Nowy Square, from which his grandmother had previously been deported to Auschwitz for selling bread. As a child, he visited Auschwitz and saw the camp before the museum was built there.

Tadeusz Gadacz called on his teachers – Father Tischner and professor Barbara Skarga. Mrs Skarga stayed in the depths of the Soviet Union in the years 1944-1956, first as a GULAG prisoner, then in forced settlement. After her return, she wrote a memoir entitled ‘After Liberation. 1944-1956’.

With regard to the subject of evil, there was also a reference to Hanna Arendt, the author of the dissertation ‘Eichmann in Jerusalem. A Report on the Banality of Evil’. She wrote it after being in Israel. She observed the trial of a Nazi criminal as a journalist of the ‘New York Times’.

– Arendt thought she would see a beast in a human body, but she met an ordinary, frightened clerk who moved from one desk to another and organized transports to the gas as efficiently as he had previously administered efficiently – reported the philosopher. – It made me think that if Eichmann had been employed after the war, he would have been equally efficient at organizing ship transports between continents, because he was a great logistician.

– So if some thinking protects us from evil, it is certainly not the intellect as a certain procedure. The intellect is completely beyond good and evil, beyond values. We can use intellectual procedures to build a social community, to educate, but also to hate and influence elections. The intellect is not to blame, but the one who uses it – noted the philosopher.

– Father Tischner distinguished between thinking about something and thinking for someone – later said Professor Czyżewski’s interlocutor. – In the past, thinking began with fascination with the world, with surprise, then with doubt (as with Descartes), and today it must be born from the pain on the face of another person. And thinking that does not see this, is close to betrayal – he continued to quote Father Tischner’s words. – Before his death, he wrote a letter as a dean to students, in which he wrote that we have a duty to think rationally.

– That’s why I suddenly came up with the word ‘benevolence’, distinguishing the logic of thinking from the ethics of thinking – he referred to the title of his latest book, which is being prepared for publication. – Because we think logically well when we think efficiently, in accordance with the rules of logic, without contradiction. We think well ethically when our thinking is directed at maximizing the good.

Fortunately, in Polish, the word ‘reason’ has the same prefix as ‘conversation’. The mind is capable of talking, listening, understanding, i.e. empathizing with the position of the other and making prudent decisions. Because thinking needs good just as good needs thinking. When doing good, we must also be guided by thinking – he marked.

Professor Gadacz also shared this reflection: he was looking for the word ‘benevolence’ in the dictionaries of the Polish language. He found them in a dictionary from 1900. – It was synonymous with righteousness. And then it disappeared. Why? – the researcher wondered. He found the answer in Fromm, the author of ‘Escape from Freedom’. – For decades, we have been in a situation of changing the paradigm of life from being to having. We don’t think about who we are, but about what we have. We commodify ourselves, we make our lives a product that we want to sell well. My colleagues are giving lectures to students on how to make yourself a good brand – not what kind of person to be…

– Kolyma and Auschwitz are such traumatic experiences from the 20th century that two philosophers, Levinas and Adorno, asked the question of how people can still be thought of after Kolyma and Auschwitz. One can get the impression that humanism died there, in Siberia and in concentration camps, and we have to think differently about man.

As Father Tischner wrote: ‘These are two symbols of the evil of our times. Places that tell of the failure of European humanism (…) This humanism turned out to be too weak to prevent crimes against humanity. Can you get over it on a daily basis? Is it possible to do philosophy, theology and science as if nothing had happened?’

Barbara Skarga, who worked both as a feldsher and digging up the Siberian soil with a pickaxe, wrote in her memoirs: ‘A strange zone of being that is not yet death, but is no longer life. (…) In such a situation, one cannot philosophize.’

The above theses were just the beginning of the conversation. We invite you to watch the full recording of the last meeting in the ‘Soul of Sybir’ series.