How did the Borderland taste? If we are to believe bakers, pastry chefs and restaurateurs, who prepared snacks, dishes and desserts for the guests of the Sybir Memorial Museum — the borderland cuisine was based on locally sourced food and combined the influences of various cultures. 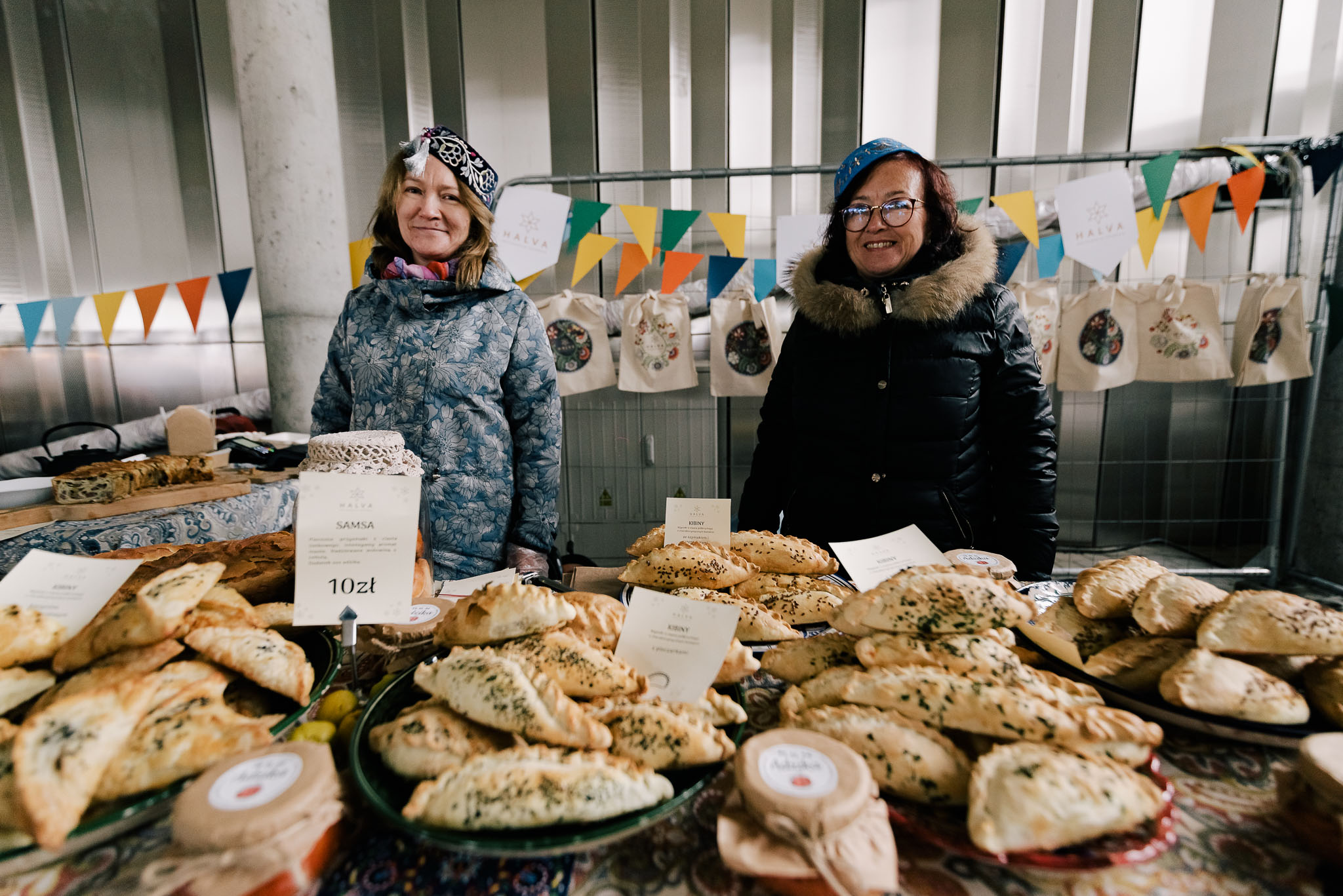 How did the Borderland taste? If we are to believe bakers, pastry chefs and restaurateurs, who prepared snacks, dishes and desserts for the guests of the Sybir Memorial Museum — the borderland cuisine was based on locally sourced food and combined the influences of various cultures.

The citizens of Bialystok who decided to come to the Museum despite the cold and rainy day, had the opportunity to try both traditional delicacies, such as kibinai from the Tatar restaurant Halva or knot cake from Supraśl, but also invented especially for this occasion, such as burger with cabbage stew from the Miły Burger.

The castle in Tykocin proposed bialysy, or bialystoker kuchen — a Jewish traditional baking in the form of a bun with a hollow filled with poppy seeds and onions. For sweets lovers there were, among others cinnamons sprinkled with cornflower flakes.

Kwestia Czasu Bistro prepared many jars with preserves, but also hot dishes: — Stolniki is a dish that my great-grandmother from Volhynia used to cook — said the owner of the restaurant. — We focus on Slavic cuisine, which is why we also offer a solyanka — added her companion. At their stand you could try boza — a fermented beverage based on millet and lemon juice, popular in Bialystok in the interwar period. Bottles of this drink were spotted in the hands of many visitors..

The stall of Halva Tatar restaurant also attracted the attention of visitors. You could find there, among others, kibinai stuffed with meat, cabbage, sweet cheese or apples, pierekaczewnik and sweet halva: — It consists of butter, honey and flour, but the details of the recipe are a secret — said the co-owner of the family restaurant.

Sękaczownia from Suprasl took care of the lovers of sweets — in addition to the flagship baking, they brought walnut biscuits and multi-layer cake marcinek. Yeast pastries with various flours dominated the Jaglanka deli shop stall. There was also a coffee stand.

Additional attractions of the Borderland Breakfast were a lecture by Mateusz Gessler on borderland cuisine and his culinary shows. Together with the assistant, they prepared crayfish soup and potato pancakes in front of the visitors. — Food is the most important thing in our life — said the chef. — And what should we eat and who to buy from? Lok for the farmers who produce on our land — he argued. — You should eat in accordance with nature, seasons, locally sourced products. Every child knows what a pineapple looks like, but has no idea what a sea buckthorn or dogwood is — he added.

He encouraged the youngest spectators of the show to try the crayfish dish: — My mother used to tell me: try! Taste changes throughout our lives, so it’s always worth trying.