Baikal in the story of Piotr Malczewski

The deepest lake in the world, which the locals call “the sea”. One winter, when it froze,… trains ran on it. There are fishes that cannot be found anywhere else. Poles were among the most distinguished researchers of this miracle of nature. These and other curiosities about Lake Baikal were presented during the meeting at the Sybir Memorial Museum by an experienced traveler and nature photographer, Piotr Malczewski. 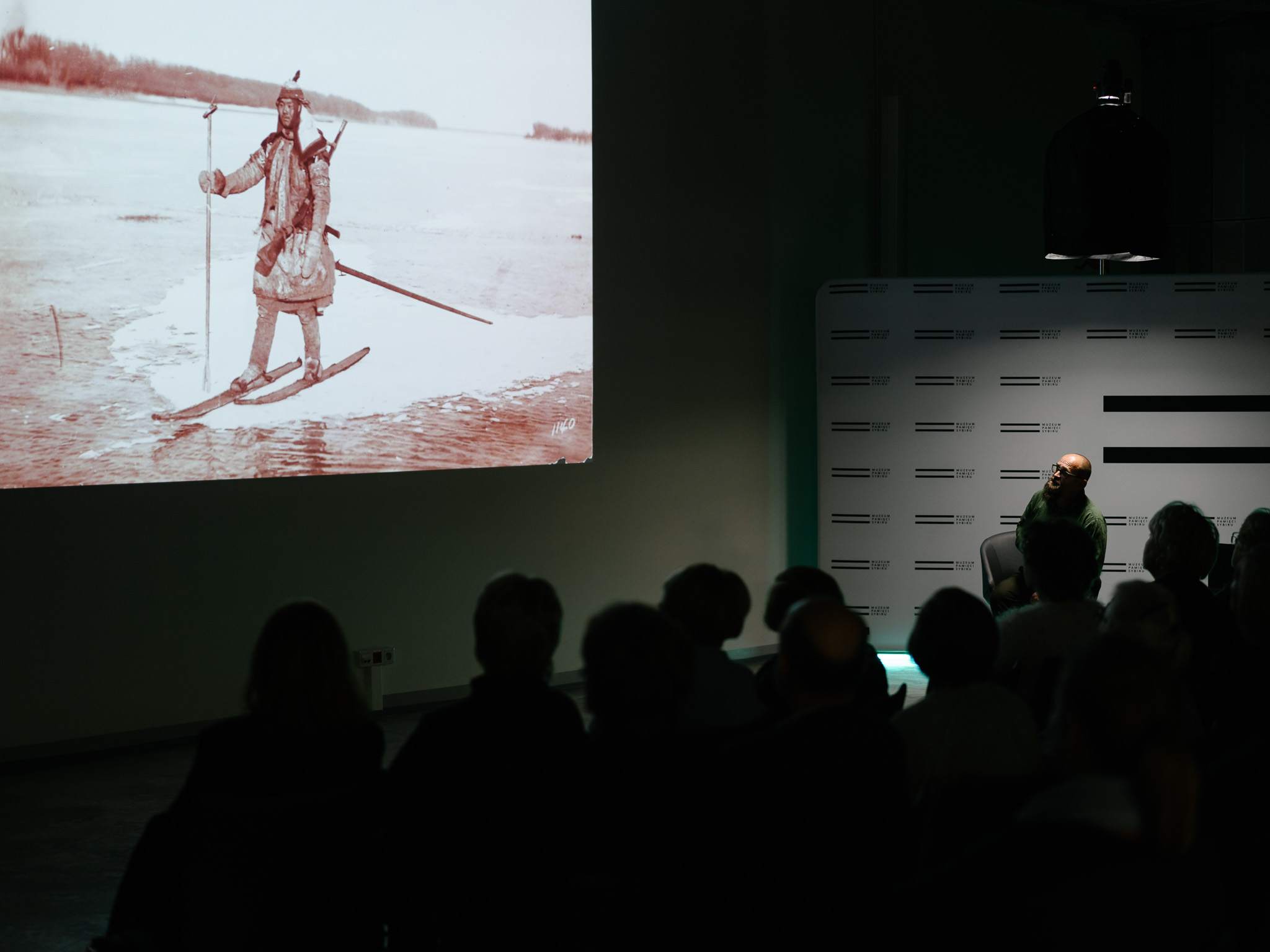 — Who used to learn the first letters and words in Russian at communist schools, remembers the reading matter about Angara, her father Baikal and her lover Yenisei — said the director of the Sybir Memorial Museum, professor Wojciech Śleszyński, welcoming the guests who attended the meeting.

— Everyone starts their meeting with Baikal in Listvyanka, right where the Angara River flows from Baikal. This picturesque place shows how much power Angara had to have to break the ring of the surrounding mountains and look for the way to Yenisei — added professor Śleszyński.

— Angara is the only river that flows from Baikal. And how many of them fall into it? We have the 21st century, advanced technologies, but researchers are unable to solve this problem — admitted Piotr Malczewski, author of the book “Baikal. Tales of the Sacred Sea. — Some say about 316, others about 544 and the rest about 1154…

Great numbers and world records are the keynote of the story of Lake Baikal. It is one of the oldest lakes in the world — it is 25 or even 30 million years old. It is also the deepest in the world. This was proved by Polish exiles who in the 1870s found a place of forced stay over Baikal, but also a space for scientific development and following their research passion. — Benedykt Dybowski came here in 1864, in December. He immediately stepped onto the ice in great emotions. Everyone who stands on the frozen Lake Baikal for the first time feels it — said the traveler who has visited the water reservoir 17 times, 11 times in winter.

— The water is extremely clean, close to distilled, and extremely clear. You can see the drown for many meters below us. When it freezes, the ice is extremely durable. The surface 5-6 centimeters thick holds a person with a rucksack. Plus these sounds! Sometimes like a violin, sometimes with artillery shots. It is impossible to fall asleep during the first night on the ice — recalled Malczewski.

Dybowski and his comrades, using a movable hut covered with felt and equipped with a stove, were moving around the frozen Lake Baikal for several months, conducting research. They cut dozens of ice-holes, lowering to them grippers and measuring tools they had constructed. They discovered the greatest depth of the lake: 1,538 meters.

— The current data is 1637 meters — added the speaker. — Baikal is located in an area that is seismically very active, with earthquakes taking place every few years. That is why its bottom changes all the time. And this is also the danger for Lake Baikal: there is oil and gas under the sediments at the bottom. If it releases in the earthquake and self-ignition occurs, there can be a very dangerous situation.

The most convenient way to explore Baikal is during the winter, when it freezes. It is very difficult to get or cycle the lake around across land. — Its shore is made up of mountains 2,000 meters high, coming straight out of the water. It is difficult to walk on rocks, but it is also difficult to wade in the water. Our attempt was short — admitted Malczewski, recalling the trip with his friend. — The water in Baikal reaches 7 degrees in summer (at 30 degrees of the environment), it is impossible to endure long in it. We swam twice during the trip, but swimming lasted 15 seconds — he laughed.

Piotr Malczewski told his story, showing his photographs. They delighted with picturesque landscapes and a rich palette of colors of plants and animals. — In places, the shores of Lake Baikal resemble the Mediterranean Sea, something completely different from the stereotypical image that we associate with Siberia — admitted the photographer, also drawing the attention of the audience to the richness of fauna and flora.

“It’s martagon lily, and this is fire lily – looks like red paint spilled on the rocks.”  Lady’s slipper, rare in our country, Siberia heaps of it. Columbines, gillyflower and papavers — we know red ones, but they grow yellow and white there — explained Malczewski. — Baikal is called the “Galapagos of Siberia”, new species of animals are still found there. About 60-80% of the plants growing on the shores are endemics, which means species that occur only in this place.

More than 30 of the 61 species of fishes living in the water are also endemic. For example, pig-mound called the Baikal angel, a white, almost transparent fish that consists of 44% fat. — It is devoid of a swim bladder, that is why it is able to descend even to the bottom of the lake — said the speaker. Benedykt Dybowski has also unraveled the mystery of this fish. For years, it was not known why there was a mass of dead pigeons lying on the shores in the spring. It was a Polish researcher, who discovered that it is part of the natural cycle of life of this species. These fishes do not spawn, they are ovoviviparous and after giving birth they die.

Piotr Malczewski’s story also includes interesting stories about the development of the Trans-Siberian Railway and its Baikal branch, in other words, Krugobaikalka. We also saw beautiful photographs of 120-year-old wooden houses in Irkutsk near Lake Baikal, we heard about the penal colony in the Sandy Bay, where prisoners of 27 nationalities were allegedly detained. We heard a fascinating story about a railway route that ran through the middle of the reservoir in the winter of 1904-1905 — because the icebreakers of Baikal ice were not able to cope with the icebreakers, which… transported carriages with a steam locomotive.

The Trans-Siberian Railway — to which Piotr Malczewski also devoted one of his books — has encouraged imagination for decades. — Even when it was being built, the painter Paweł Piasecki was commissioned to paint a panorama depicting the views seen from the windows of the Trans-Siberian Railway carriages. He devoted this many years, made 955 meters of a panorama, part of which has been preserved in the St. Petersburg Hermitage to this day, the traveler said. It was shown in the Russian pavilion at the world exhibition in Paris, where three carriages were brought. Visitors were sitting in the lounges, when the carriages began to sway, and outside the windows, in front of the “passengers”, there was Piasecki’s panorama…

Piotr Malczewski concluded the meeting with a presentation of photos entitled “Carstwo Ice”. With atmospheric sounds, the audience admired the magical landscapes created by the various ice formations that appear on the frozen lake. — Baikal is a unique world in winter — admitted the photographer.