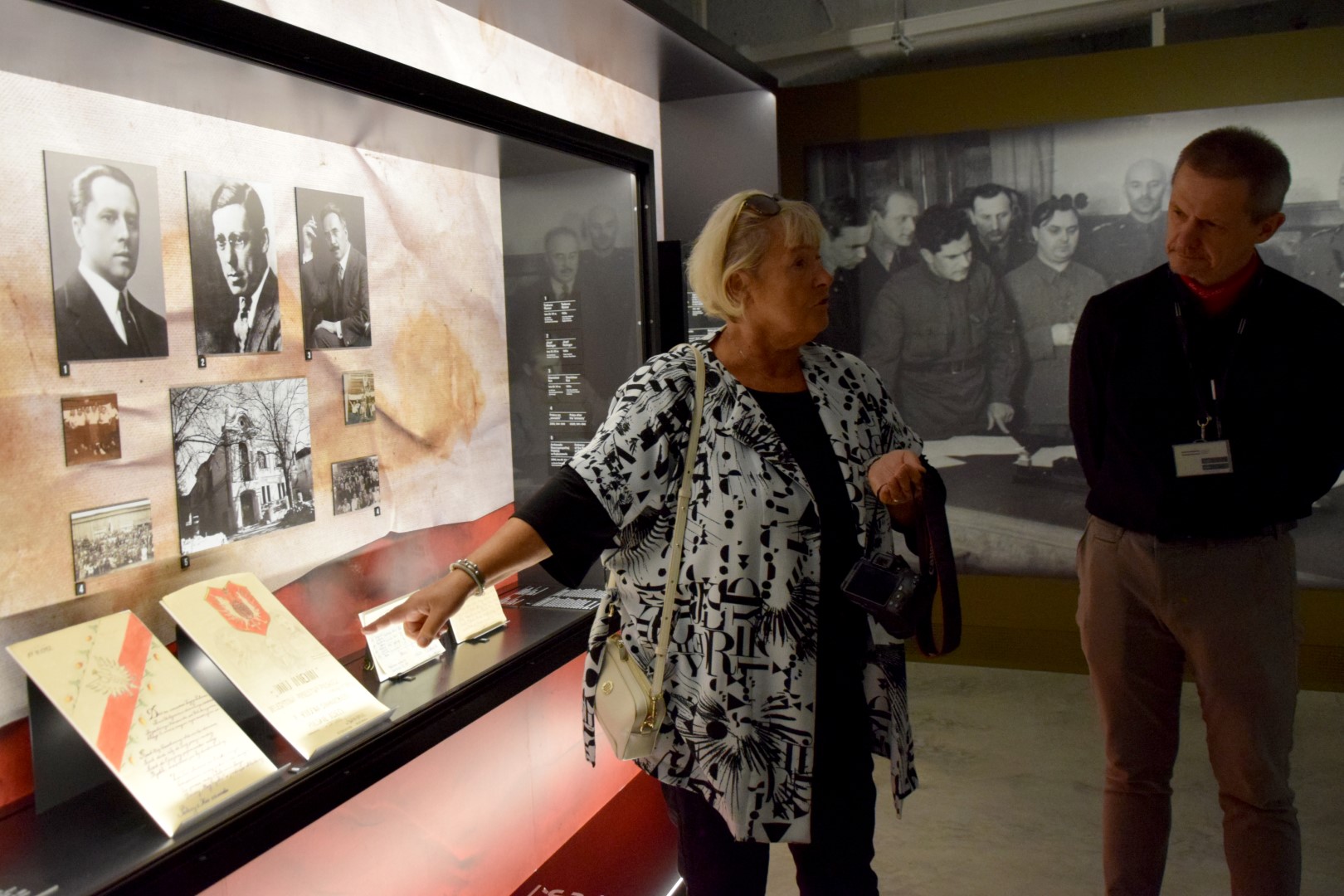 Adolf Saranetsky, after the signing of the Sikorsky-Maisky agreement, was appointed the delegate of the Polish Embassy in Semipalatinsk. The fate of Polish citizens was so important to him that he voluntarily gave up the opportunity to leave the Soviet Union with Anders’ army. He wanted to stay with the Poles, who did not get that chance. On July 14, 1942, he was arrested by the NKVD and convicted for refusing to accept Soviet citizenship. He was imprisoned in Alma-Ata, and then sentenced to stay in a camp. He died on February 14, 1944 in a labor camp in Marinsk. In 1946 his wife and three daughters returned to Poland. The fate of his mother is unknown.

During her previous visit to Bialystok, Mrs. Anna donated unusual souvenirs to the Museum’s Collection, which she was able to see today at the permanent exhibition. It was an unusual and touching experience. Today’s visit was also an opportunity to donate more valuable exhibits.

Mrs. Anna visited the museum with her husband and relatives — the descendants of Eugenia, the sister of Adolf Saranetsky. Today’s meeting was also unusual because, thanks to the museum, the families were able to find each other and together recreate the history of their ancestors.