A new research facility at the Sybir Memorial Museum

On September 16, 2021 the Research Institute of President Seweryn Nowakowski was established. The founding act was signed by the Mayor of Bialystok, Tadeusz Truskolaski, the director of the Museum, Wojciech Śleszyński, and Krystyna Nowakowska, Seweryn Nowakowski’s daughter-in-law. 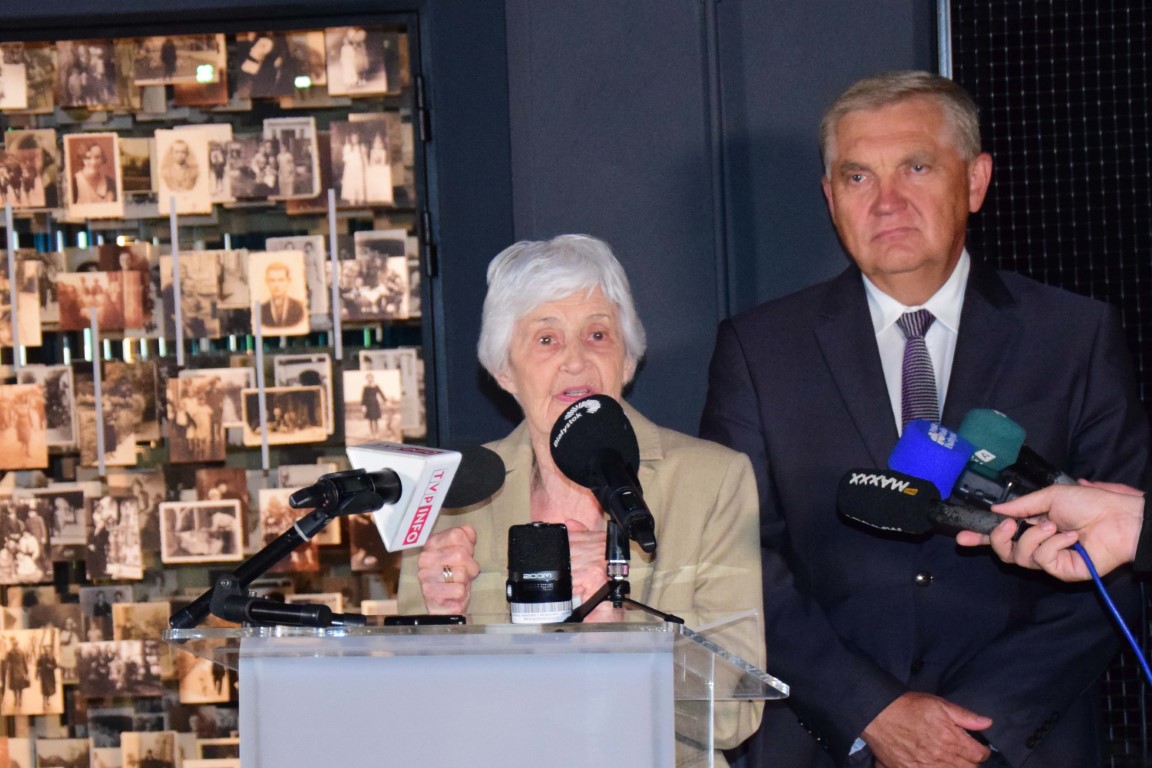 “Heaving in mind the memory of the contribution of Seweryn Nowakowski, the government commissioner and the President of Bialystok in the years 1931-1939 to the development of our city, as well as his death at the hands of the Soviets during World War II, we are establishing a Research Institute named after him” — those are the first words of the founding act of the new scientific and research facility, which was established today at the Sybir Memorial Museum.

In his speech, the mayor of Bialystok, Tadeusz Truskolaski, presented the profile of Seweryn Nowakowski, emphasized his merits in the development of the city before World War II, and emphasized the fact that after the Soviet army entered, he stayed with the Bialystok residents, refusing to leave the city despite requests and suggestions.

Seweryn Nowakowski’s daughter-in-law, Mrs. Krystyna Nowakowska, expressed her happiness on the grounds of the establishment of the Institute and the Museum, which she called “the capstone of remembrance”  and “a monument to all murdered in the East”.

Director of the Sybir Memorial Museum, Wojciech Śleszyński, PhD, emphasised that the institute would be a place of discussions over historical and modern issues and would be a natural continuator of research and initiatives, that started by the last president of Bialystok before the war.

The founding act was signed at noon by the Mayor of Bialystok, Tadeusz Truskolaski, the director of the Museum, Wojciech Śleszyński, and Krystyna Nowakowska, Seweryn Nowakowski’s daughter-in-law. The aim of the Institute will be not only to research and popularize knowledge about the history of exiles and deportations of Polish citizens deep into Russia and the Soviet Union, but also to conduct an open discussion and dialogue between the nations of Eastern Europe.

Seweryn Nowakowski was a politician and lawyer. In 1931 he came to Bialystok as a government commissioner. Four years later, he won the local government elections and became the city’s president. He held this position until the outbreak of World War II. During this time, he managed to improve the disastrous financial situation of Bialystok and to implement a number of infrastructure investments, crucial for the city’s development. Many of them were carried out on the personal initiative of President Nowakowski. Despite suggestions and persuasions, in September 1939 he refused to leave Bialystok, caring for the city and its inhabitants to the end. In October 1939, he was arrested by the Soviets and all traces of him have disappeared. It was probably taken to the east. “We are making a commitment today that we will do everything to find out where the president of Bialystok died”, declared Wojciech Śleszyński, director of the Museum, at the end of his speech.