4 days left to the Memorial Peloton

On Saturday, August 27, at 5:00 p.m., the Memorial Peloton of the Victims of Soviet Repression will set off from the headquarters of the Sybir Memorial Museum at Węglowa 1. 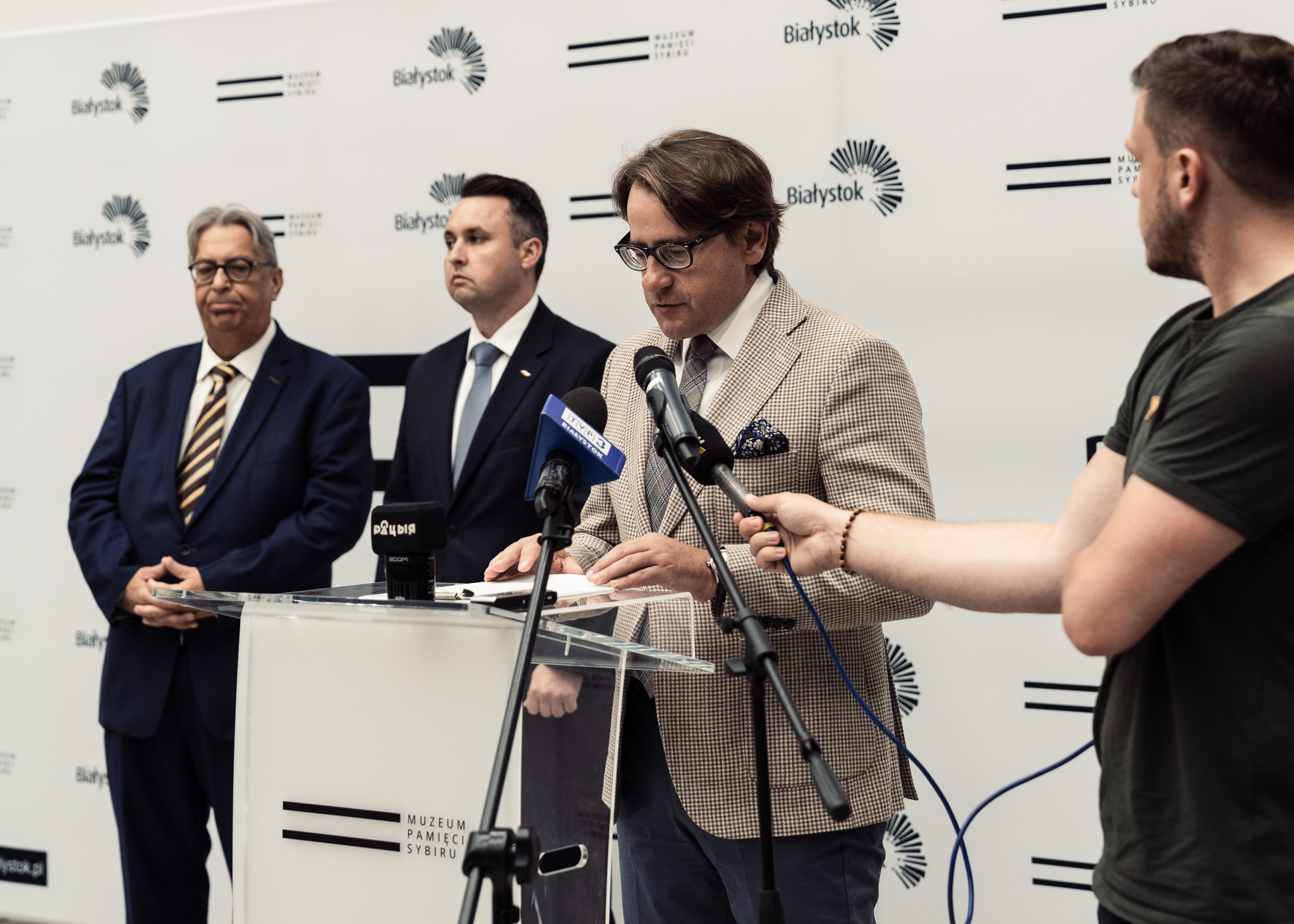 The new formula of this initiative was discussed on Tuesday, August 23 at a press conference by the Director of the Sybir Memorial Museum, Professor Wojciech Śleszyński, and the Deputy Mayor of Bialystok, Przemysław Tuchliński. The meeting with the media was also attended by the Honorary Consul of the Republic of Lithuania, Tomasz Kurciński.

— We want to emphasize the international dimension of the Soviet crimes — said Professor Śleszyński. — This year we pay special attention to Lithuania. We are honored with the patronage of His Excellency the Ambassador of the Republic of Lithuania in Poland, Eduardas Borisovs.

The representatives of the Genocide and Resistance Research Center of Lithuanian Population, which is a partner of the Sybir Memorial Museum, will take part in the Peloton.

— The peloton is an international event — stressed Przemysław Tuchliński. — This fits in with the goals of the Sybir Memorial Museum. One of them is to be an institution of international format, widely speaking about history within not only the context of the country, but also in Central and Eastern Europe. The Peloton of Remembrance of the Victims of Soviet Repressions is a modern form of commemoration, in which we encourage all residents of Bialystok to participate — said the Deputy Mayor.

— Each initiative that brings memory closer is worthy of praise and continuation. We must remember about the Baltic countries — emphasized Consul Kurciński.

The Memorial Peloton of the Victims of Soviet Repression will set off from the Sybir Memorial Museum on August 27 (Saturday) at 5.00 pm. We invite all cyclists to participate in the ride through the streets of Bialystok. See you!