Mutual actions towards preserving the remembrance of Poles deported by the Soviets to Kazakhstan declared on March 9, 2022 Katarzyna Ostrowska, chairman of the Union of Poles in Kazakhstan and prof Wojciech Śleszyński, director of the Sybir Memorial Museum. 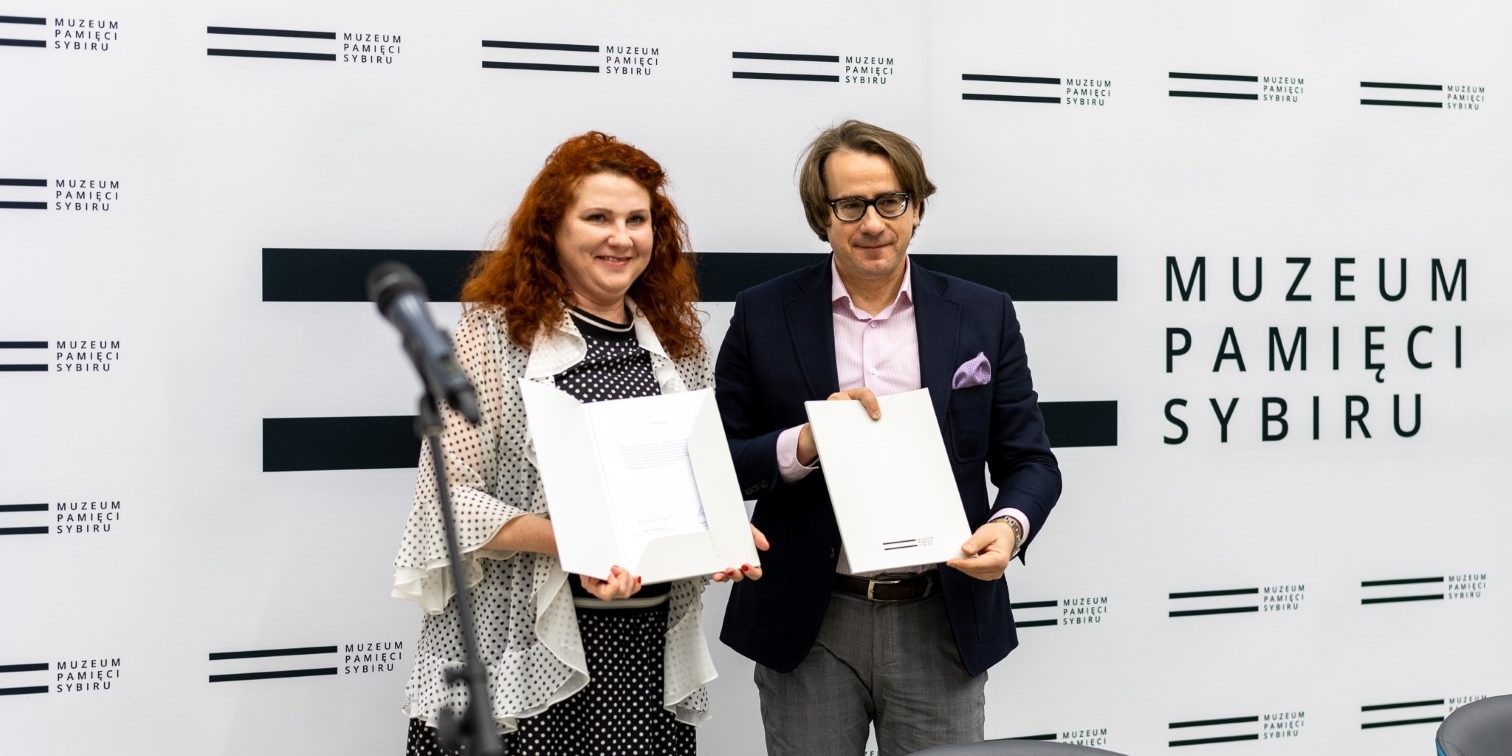 Among the actions planned for this year there is a mutual detour of the authorities of both institutions in Kazakhstan where the relatives of Poles deported from Ukraine in the 30s of the twentieth century still live. The visit of the members of the Union of Poles in Kazakhstan — chairman Katarzyna Ostrowska, deputy chairman Irena Pajewska-Strzałkowska and honorary chairman of the Union Oleg Czerwiński was held on the invitation of the Sybir Memorial Museum.

— Contact with the polish habitat in Kazakhstan is for the Sybir Memorial Museum uniquely important. It is the second place after Siberia where the greatest number of polish deportees was taken. It needs to be remembered that deportations of polish people to Kazakhstan took place in the 30s of the twentieth century — stressed during the ceremonial signing up the intentional letter prof Śleszyński.

Taking into account the mutual elements of the Sybir Memorial Museum and the Union of Poles in Kazakhstan’s mission we declare active cooperation in the range of exploring and popularizing the topic related to deportations of Poles to Kazakhstan and their next faiths. We express our deep thinking that the coworking of both institutions will allow to document and popularize the history of thousands of Poles repressed by the Soviets. Their dramatic faith is an important although not rarely missed element of mutual history of Poland and Kazakhstan. We will dig the history out from the depth of the acts.

The very first fruits of the cooperation of the Museum with the Union of Poles in Kazakhstan are visible: the authorities of the organization gave the Museum souvenirs belonging to people deported in the 30s.

There is a song book taken from home by Emilia Manel deported from the area of the Soviet Ukraine and the towel made by herself. A plate taken to Kazakhstan by Mikołaj Paszkowski was also presented to gathered people.

— Deportees got to empty step on which there was only a nailed plate with a number. Kazakhstan was one big labor camp — said chairman Ostrowska. — They had with themselves only what they took. They had to build houses themselves. This plate reminded of the family house — she added, presenting the dish.

Mass deportations of people were one of the many methods of repression used by the Soviet authorities to punish and intimidate various social and national groups before the outbreak of World War II. In the 1930s, they were also experienced by the Polish population living in large numbers in the Soviet Union. Including in 1930, the so-called a socially dangerous element — mainly Poles (several thousand) and Finns. In turn, in the years 1935–1937, the Soviets from Ukraine deported Poles and Germans who had lived there for generations. In the two main waves of this action, which took place from May to June and from September to October 1936, about 70,000 people were forcibly resettled to Soviet Kazakhstan. people, of which about 60 thousand were Poles. They gave rise to the resilient Polish minority that lives there to this day.