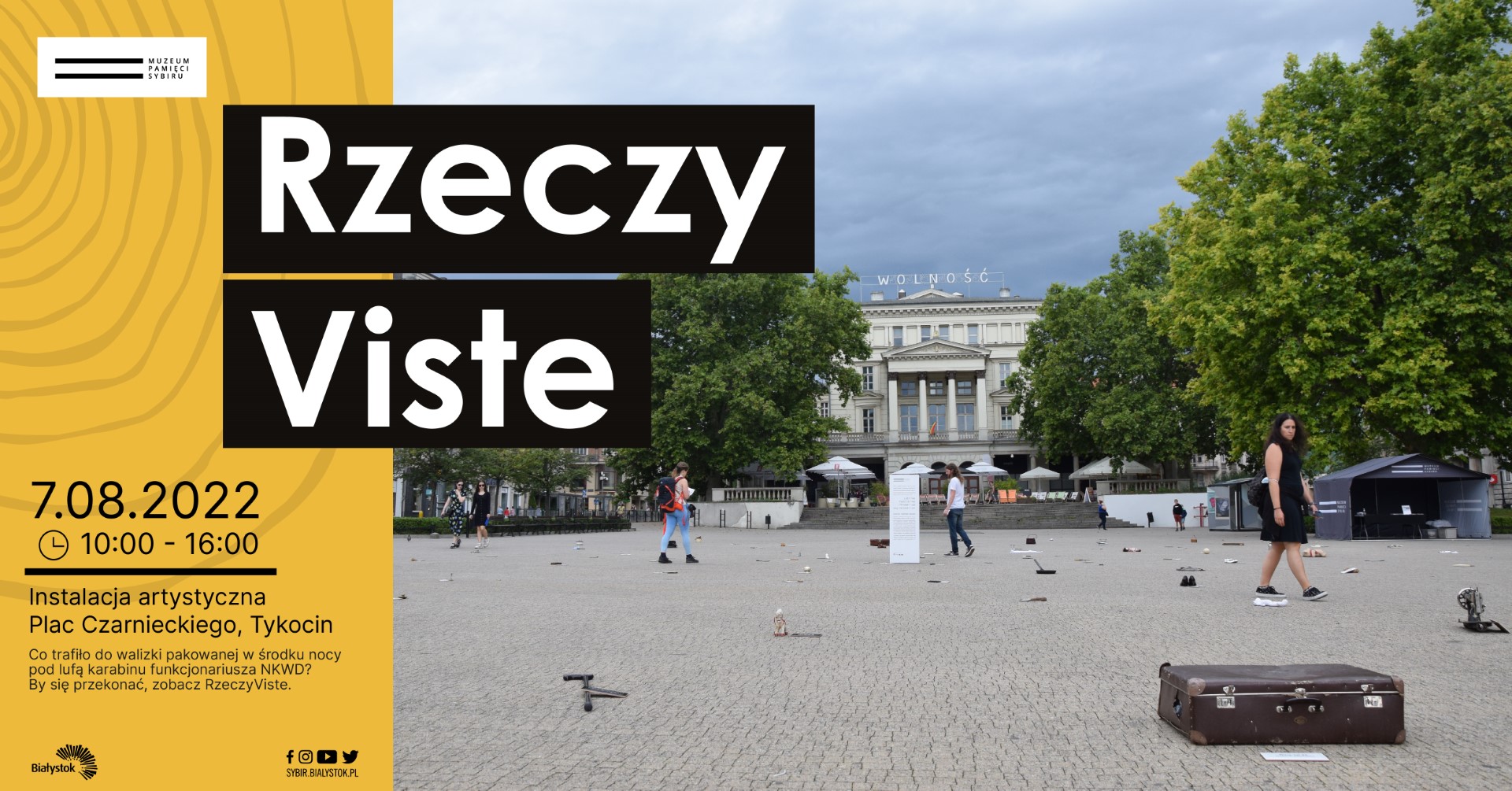 The issues of everyday use, family photos or toys — those are the things that can be seen on Sunday, August 7 at the Czarniecki square in Tykocin as part of the “RzeczyViste” installation, prepared by the Sybir Memorial Museum.

„RzeczyViste” is an installation, whose aim is to pay attention to the fates of polish citizens deported deep into the Soviet Union in the year of 1940-1941. Through its unique form it is supposed to intrigue and surprise the visitors. It is a metaphor of an open suitcase. The presented items were selected in such a way as to correspond to those that accompanied the people deported to Siberia. In front of each item there is a black or white tile with a brief description of its owner’s fate. The basics information about the deportees such as: name, age and the place of deportation are also included.

The author of the installation is Karolina Mosiej-Zambrano. Factual study prepared by Paweł Kalisz.

Previously, you could see the installation in Poznań, Lublin, Bialowieza, Supraśl and Bialystok.