The Light of Remembrance

“The Light of Remembrance” on the 82nd anniversary of the first mass deportation. 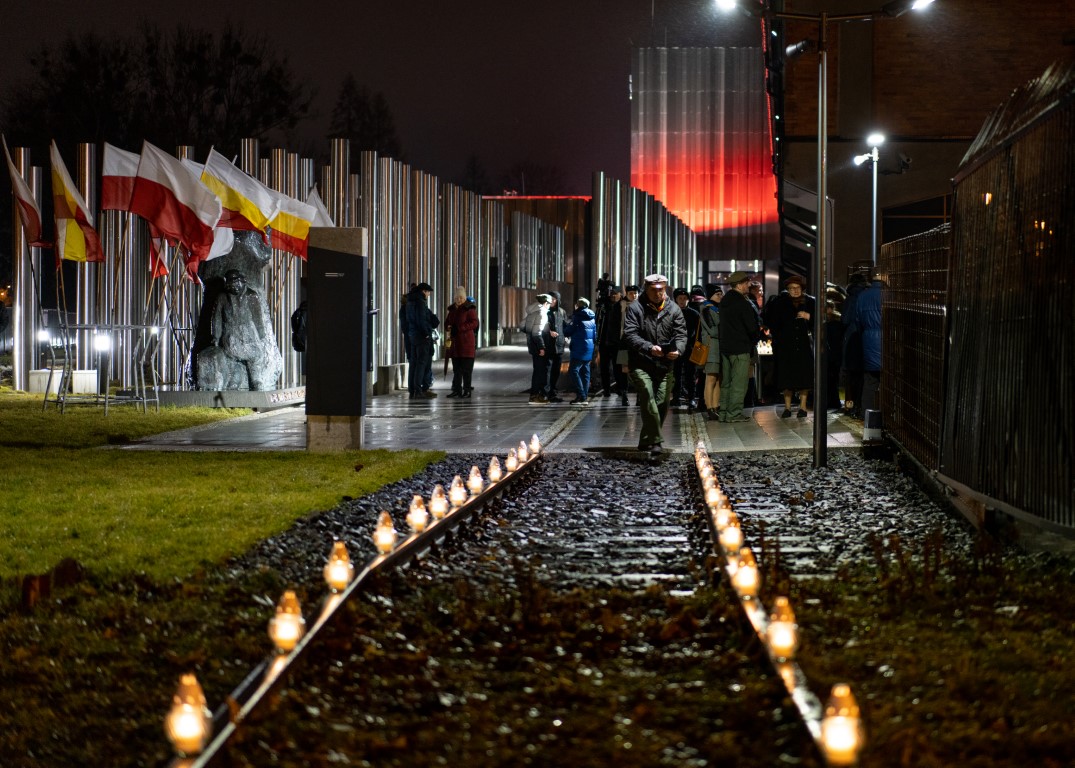 Sybiraks, their families, city authorities and Bialystok residents laid flowers and lit candles in front of the monument dedicated to the “the monument of the Sybirak Mother” to commemorate the 82nd anniversary of the first mass deportation of Polish citizens deep into the Soviet Union.

Candles also lit up the railway tracks disappearing inside the Sybir Memorial Museum.

During the ceremony, representatives of the Sybiraks’ Grandsons Community struck the Pilsudski Brothers bell located at the building of the Sybir Memorial Museum. A fragment of the memoirs of Teresa Lisowska deported to Siberia on February 10, 1940 was also read.

During the four mass deportations in 1940–1941 several hundred thousand citizens of the Second Polish Republic were deported far to the East. They had to take up the fight against the adversities of the enemy’s power and harsh nature. Some, most often children and the elderly, could not cope with the hardships of life in exile and died in a foreign country. Those who survived, after many years, returned to their homeland or scattered all over the world, looking for a new place for themselves.