Thank you for participating in the Memorial Peloton! - Muzeum Pamięci Sybiru
22 August 2022

Thank you for participating in the Memorial Peloton!

Memorial Peloton run through Bialystok on August 27. Almost 150 people, including the whole families took part in the event related to the memory of the victims of the soviet aggression in 1939. The youngest participant of the Peloton was 8 months. 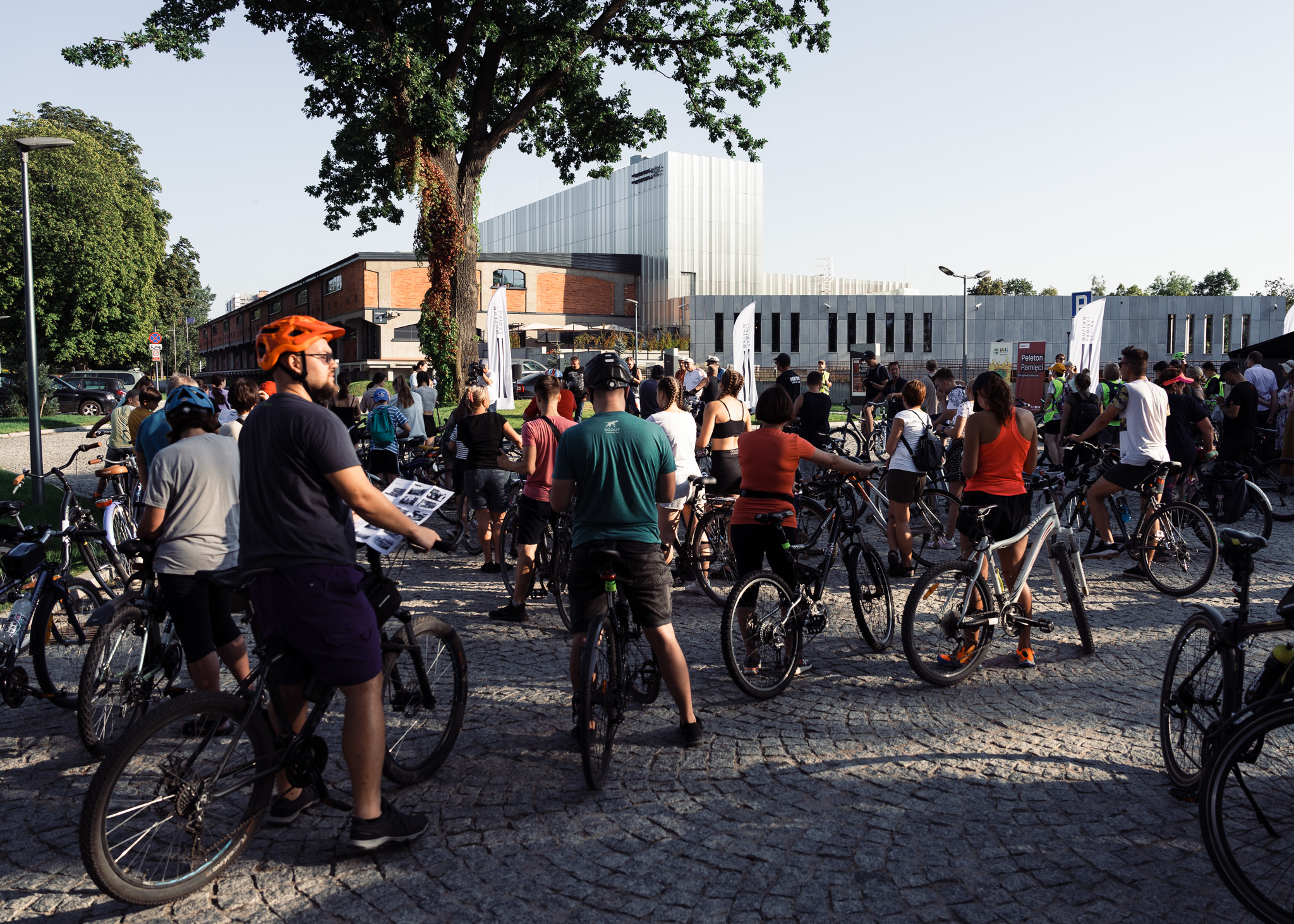 Once again, the Memorial Peloton rode through the streets of Bialystok to commemorate the dramatic events of late August and early September 1939, leading to the division of Central Europe between two totalitarian empires.

This year’s edition of the Peloton had international character — we were joined by the delegation of Genocide and Resistance Research Center of Lithuanian Population with the director, Arunas Bubnys, PhD. Moreover, there were many Ukrainians, among others, a group of young athletes among the cyclists.

Piotr Popławski, PhD, from the Sybir Memorial Museum, who played the role of a guide paid attention to the fact, that commemorated events hit not only Poles:

— After signing the Ribbentrop-Molotov pact, not only the East part of Poland got to the sphere of the soviet influences, but also the Baltic countries or Finland. Let us do not forget about the citizens of other nationalities of those countries — Ukrainians and Belarusians.

The first stop on the road of the Peloton was the Branicki Palace. This is where in the second half of September 1939 talks between the Soviets and Germany. Bialystok was occupied by the Gremans, meanwhile according to the provisions of the secret annex to the Ribbentrop-Molotov pact the city was supposed to be soviet.

Another stop was the building of the Drama Theatre. The Józef Piłsudski People’s House build in the 30s, during the years of the Soviet occupation, served the meetings of the People’s Assembly. It was there that the Soviet collaborators made the “spontaneous” decision to ask Moscow to join the so-called Western Belarus to the Soviet Union.

The last facility on the road of this year’s peloton is the current headquarters of the Court of Appeal of Bialystok at Mickiewicza Street. In the years 1939-1941, this place served an exceptionally gloomy function as the seat of the NKVD. A similar role — as the organizers of the peloton emphasized — was played by the headquarters of the NKVD in Łukiszki of Vilnius, which currently houses the Museum of Genocide Victims.

The culmination of the Peloton was a meeting in front of the headquarters of the Sybir Memorial Museum. The director of the Museum, professor Wojciech Śleszyński, in the company of the Sybiraks and the guests from Lithuania laid flowers under the monument of the Sybirak Mother.

— This year’s edition of the peloton was dedicated in particular to the memory of Lithuanian victims of Soviet aggression — said professor Śleszyński. — And in one year, anyone who wants to take part in the peloton will be able to do so both in Bialystok and in Vilnius. Thanks to our partners, the event will be held for the first time in Lithuania.

Thank you to all the participants of this year’s Memorial Peloton. See you in a year!