Screening of the film “Cena Wyzwolenia” („The Price of Liberation”) — 18.09 The Sybir Memorial Museum

On Sunday (September 18) at 12 o’clock we would like to invite you all to our multimedia room to the screening of the documentary film “Cena Wyzwolenia” (“The Price of Liberation”) about the tragic consequences of the soviet aggression on Poland, September 17, 1939. 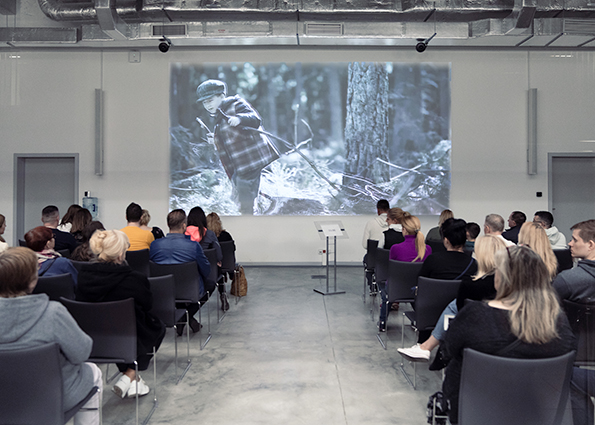 After the screening there will be an opportunity to talk with the director of the film, Paweł Domański. — We try to get to young people with modern and encouraging message to teach them our tragic, but also pride history — he said, when during the summer of this year he came with his team to the Sybir Memorial Museum. — It is very important today, when in Ukraine attacked by Russia we observe the same mechanism of propaganda, violence and terror, that Poland experienced before – he added.

The film presents a wide-ranging Soviet repression experienced by Polish citizens, starting from September 17, 1939 (the USSR’s attack on the Second Polish Republic) and closing the story on September 18, 1993, when the Russian troops stationed in Poland finally left our territory. The director asks his interlocutors — historians, political scientists, artists involved in saving the memory of Polish heroes — often difficult questions: about our historical memory, about the care of cemeteries, about the real costs and the true dimension of the “freedom” that the Red Army “brought” to us in 1945.

We would like to invite you to the film and an interview with its creator — on Sunday at 12:00 o’clock!