We survived and at the same time we defeated our torturers — this statement appears from time to time in the relations of women, the prisoners of Gulag. Oksana Kis, a Ukrainian researcher, guest of the next meeting as part of the ‘Siberian Spirit’ series talked about their experiences and survivor strategies. 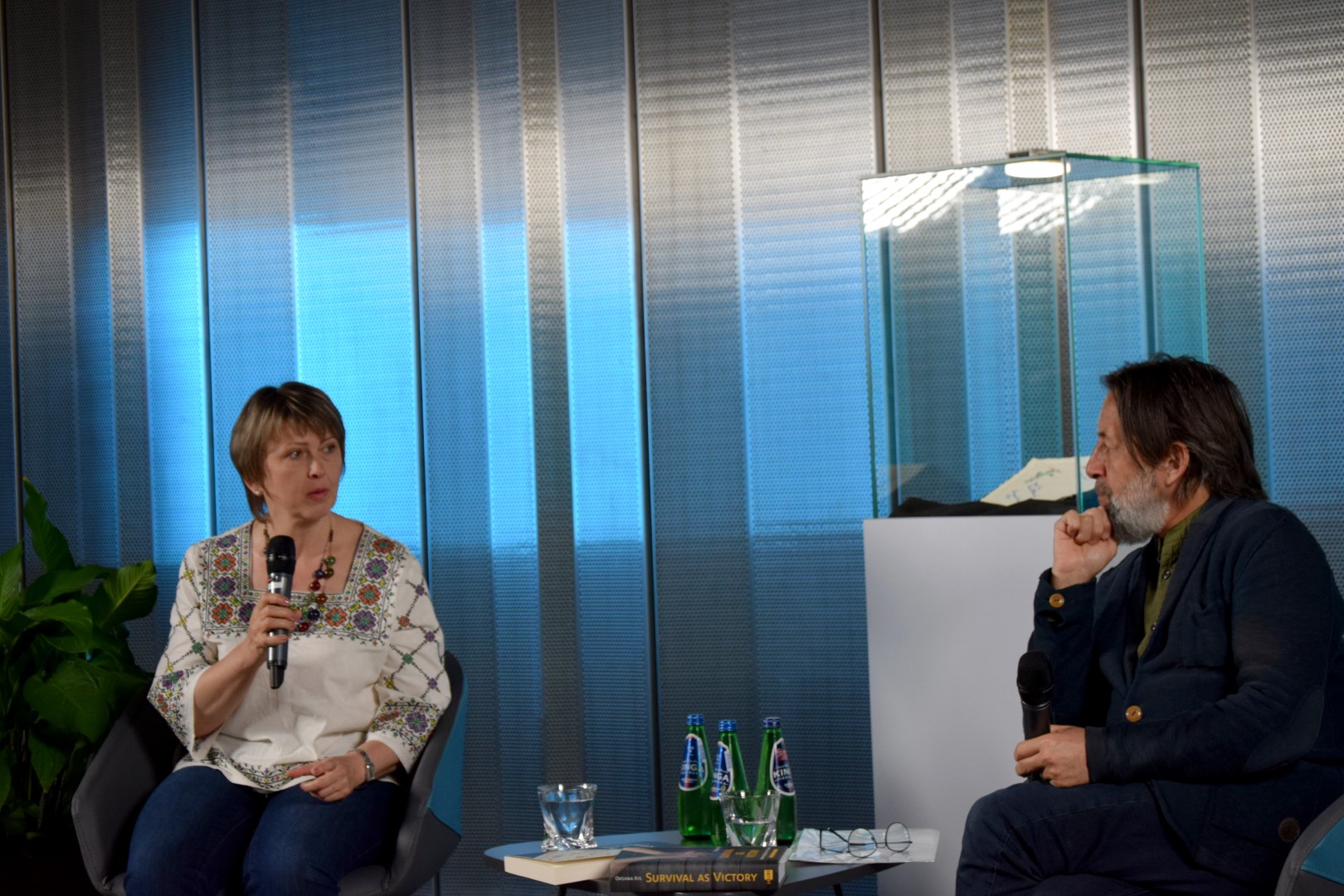 Oksana Kis, author of the book entitled ‘Survival as victory. Ukrainian Women in the Gulag’ told about the beginnings of her interest in the fates of women — the victims of the labor camps system. She evoked the conversation with Mary, one of the Ukrainian prisoners, who mentioned the camp tries of dehumanizing the prisoners, inhuman treating and overwhelming hunger, she ended up her story with pride: ‘We survived. We turned out to be more cunning than the system, which wanted to destroy us.’

The exhibit accompanying the meeting was the handkerchief sewn by a Polish prisoner of the Soviet camp in Karaganda. The Ukrainian researcher noticed that such items played a special role in the camps. Their artistic value had secondary meaning. They were made as a gift for a chosen person, proof of trust and common solidarity. ‘Threads were forbidden, and neither were needles or cross stitch material’, Oksana Kis said. — Threads were therefore obtained by pulling them out of clothes, needles were made of fish bones. Getting and possessing things forbidden by the system was also a combat strategy.

An interview with Oksana Kis, PhD, president of the Ukrainian Association for Research on Women’s History, working at the Institute of Ethnology of the Ivan Franko National University in Lviv led by professor Krzysztof Czyżewski. The conversation was interpreted by Sławomir Sawczuk.

We encourage you to get familiar with our recording.