On October 6 at 12:00 o’clock a meeting will be held to promote the latest issue of the Borderlands History Bulletin. 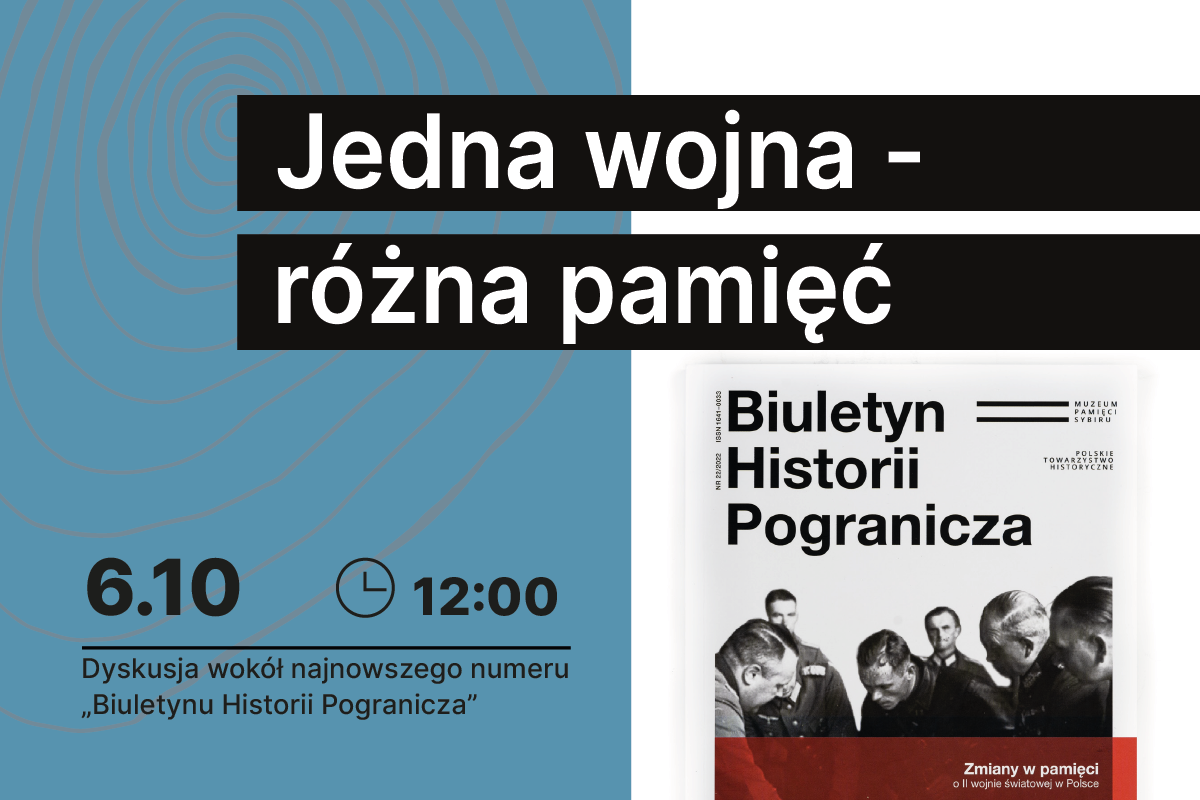 What events between 1939–1945 are Poles proud of, and which do they consider to be the source of shame? How and why did the date September 17 — National Unity Day appear in the Belarusian calendar of public holidays in 2021? Is it possible to freely speak in Russia that for the Soviet Union the victory over the German Reich was a Pyrrhic victory?

All the above-mentioned issues (plus many others) are discussed in the newest, 22nd issue of “Biuletyn Historii Pogranicza” (“Borderland History Bulletin”), the theme of which is the memory of World War II. Experts on the subject: professor Nikolai Ivanov, professor Zdzisław J. Winnicki and Jan J. Milewski, PhD, write about how (and if at all) today, 77 years after the end of World War II, it is present in the consciousness of Polish, Russian and Belarusian societies. Is the Second War just one of the topics in history lessons today? A job for historians? Did this war teach us anything? Who was the loser and who was the winner? Considerations on this subject are all the more justified today, as Russia’s aggression against Ukraine continues from February until today, and it is impossible not to see an analogy between the events of 1939–1945 and the current situation.

The memory of the societies of the eastern borderland about World War II will be discussed by Jan Szumski, PhD, and professor Daniel Boćkowski during the promotion of the 22nd issue of “Biuletyn Historii Pogranicza” (“Borderland History Bulletin”). The meeting will be chaired by the director of the Sybir Memorial Museum, professor Wojciech Śleszyński.

We would like to invite those of you, who are interested in participation in the event to the headquarters of the Museum at Węglowa 1.

The latest issue of “Biuletyn Historii Pogranicza” (“Boderland History Bulletin”) can be bought in the stationary shop of the Sybir Memorial Museum.