Natalia Kukulska with Atom String Quartet and Michał Dąbrówka presented an hour-long program to the large audience — gathered despite the cloudy sky. Whole families came to the concert, the youngest ones watched the scene from their parents’ arms. 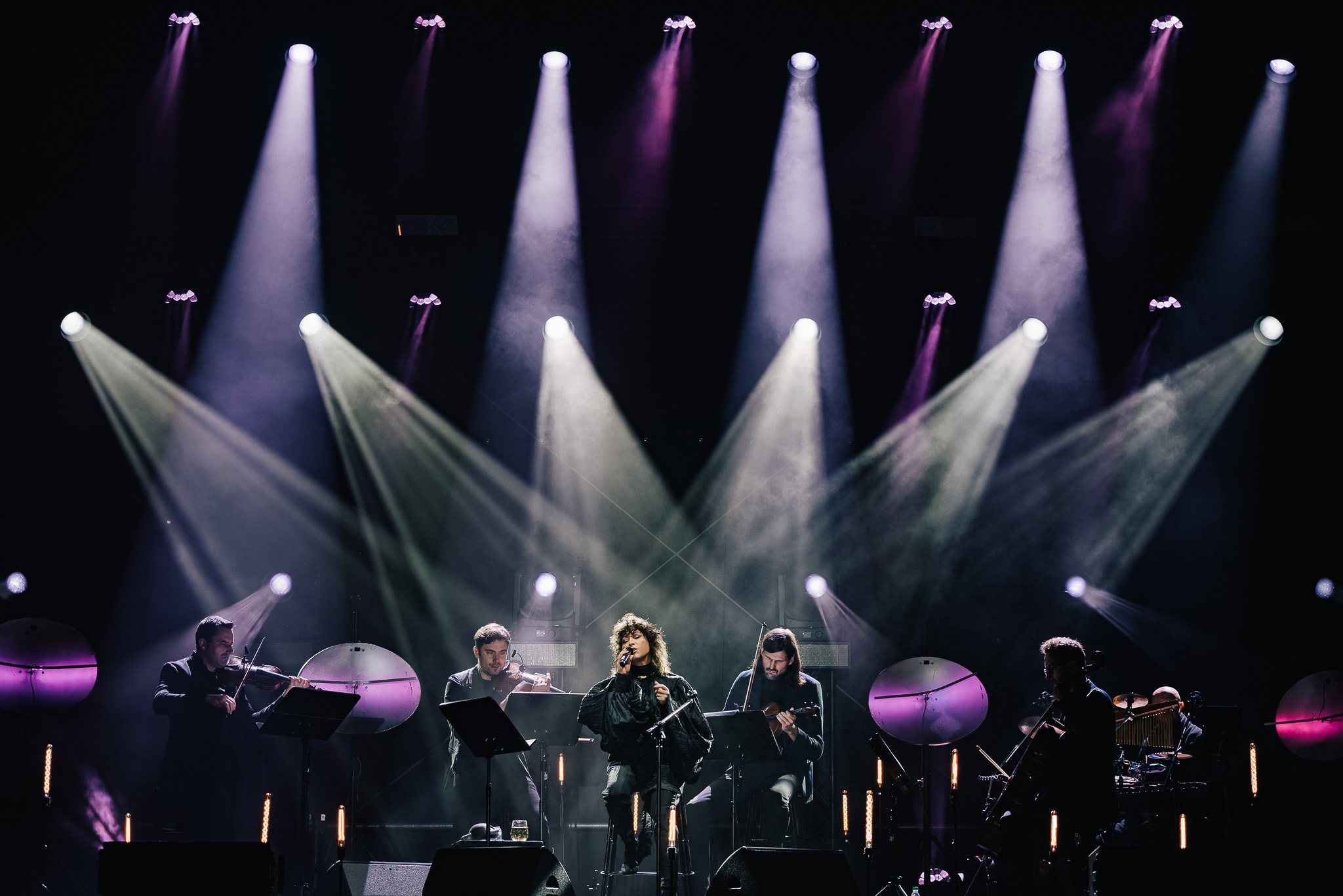 The performance begun with mood songs fitting into the atmosphere of today. Announcing the song called “To the end of the world”, the singer encouraged to reflection on the transience of life.

(“It is a one-way ticket

There are no discounted seats

Mystery is the goal”)

During the break between songs the singer shared with the audience her memory about her family’s experiences related to Sybir.

The musicians presented the songs from their mutual album Czułe Struny (Sensitive Strings) including original arrangements of Fryderyk Chopin’s music. We heard romantic Powiem ci kiedy (I’ll tell you when) based on valses A minor arranged by Jan Smoczyński. Bad Luck, the mazurka in F major arranged by Jan Sztaba, combined funky rhythms with the roughness of folk motifs and cacophony of the twentieth century.

There were also long-known hits, such as Im więcej ciebie, tym mniej (The more of you, the less), this time in an arrangement enriched with a deep string quartet. Natalia Kukulska’s impressive vocals were heard in Kobieta (Woman) and My (We).

The audience demanded an encore. The artists returned to the stage, as the singer said, to say goodbye in a positive mood. They ended their performance with the song Pół na pół (Half and half), arranged on a bluesy note.