Pierwszy Syberyjski Salon Ambientu is already behind us. On Sunday evening, October 30 a hundred guests gathered in the snow-white area of the Sybir Memorial Museum’s exhibition to dig into the world of sounds created by Dtekk 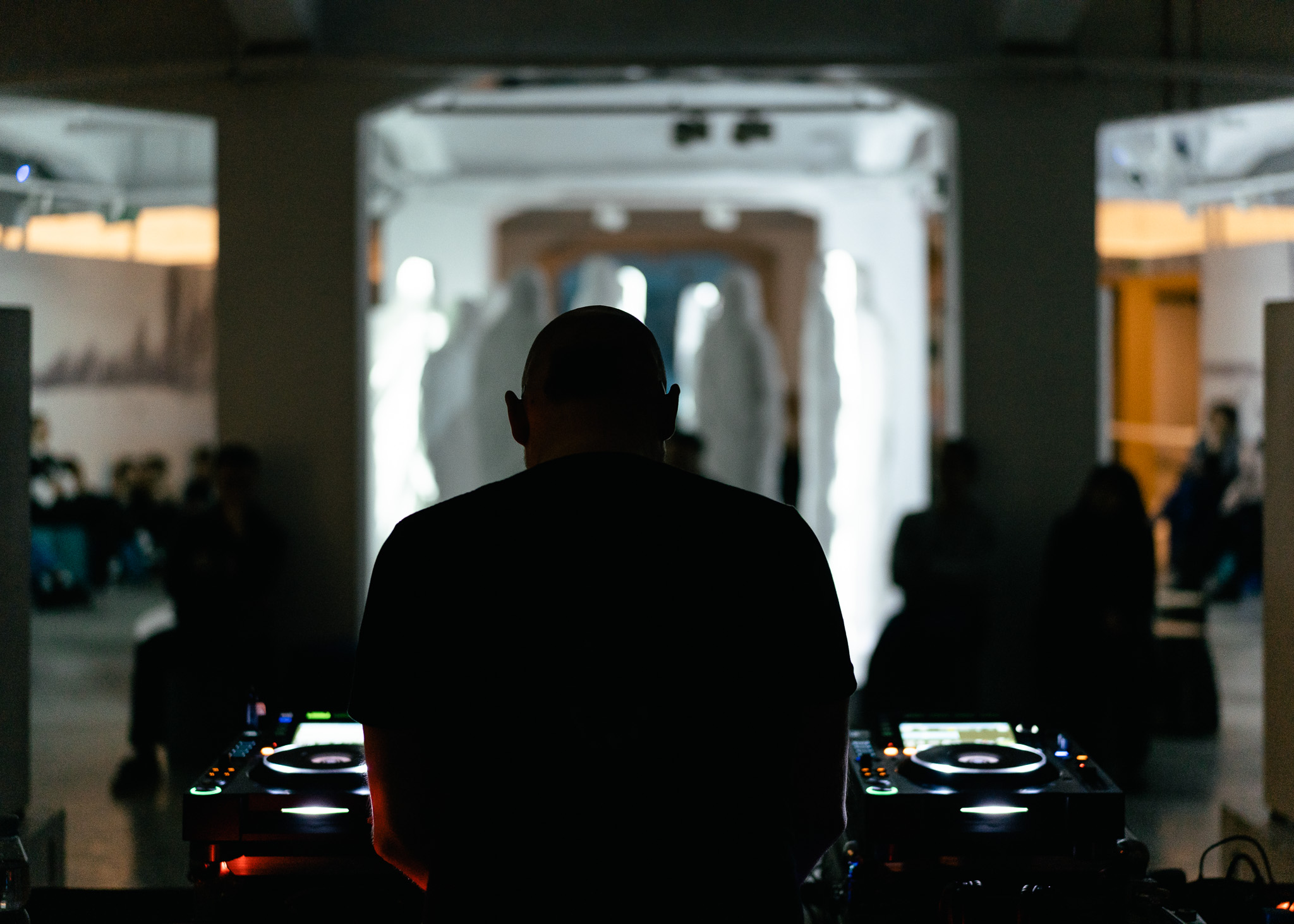 Ambient music is present every day at our permanent exhibition. It creates musical background, encourages visitors’ imagination and emotions, helping them movie in space and time, get carried away by history told by Sybiraks — because it is a trademark and the most important element of our permanent exhibition: authentic stories of history witnesses.

There is no lack of people, who, in the end of their tour ask: “Can a cd with the music form the exhibition be bought? Ambient seems to be a natural choice for a special musical event in our headquarters.

— The idea of Syberyjski Ambient was born almost one year ago — says Karolina Mosiej-Zambrano from the Cultural Projects Department. — By working intensively in the museum’s area, we wanted to give a pinch of something different, modern. We want to show, that a museum is not only cabinets strictly closed and a long list of historical dates.

— Syberyjski Salon Ambientu is also our tribute to Węglówka and the recent history of Bialystok — adds Karolina Mosiej-Zambrano. — Before the Sybir Memorial Museum was established at Węglowa Street, subsequent editions of the Up To Date Festival were held in this area.

Syberyjski Salon Ambientu prepared by the Sybir Memorial Museum together with the Up To Date Festival combined music with the commemoration of Siberians and their experiences. The recognized DJ and culture animator Dtekk, Jędrzej Dondziło, initiator of salonów ambientu organised as part of the Up To Date Festival, gained access to the recordings of the stories of Sybiraks collected by the Museum.

— It was something new for me. This project required a lot of concentration from me, I listened to many Siberian reports — he said about working on the so-called set. “Ultimately, I chose one and created a story based on it, using music,” he said.

What was behind the choice of this particular relationship? — I was impressed by how the Siberian woman tries to distance herself from her own emotions. She is aware that her story is being recorded for the purpose of documenting the story. After listening to this recording for a long time, I was already catching some patterns that she used. I’ve heard when he’s holding back his emotions. So I decided to put them in music — he explained.

The largest room on the first floor of our permanent exhibition turned out to be the ideal space for Syberyjski Salon Ambientu. The very large, white space with the view of the snow-covered taiga and the “Ice People” statue evokes the thrill — and emotions and suddenly one could feel the chill, and Dtekk’s music gave this space an extraordinary dimension. — I really wanted to pay respect to the Siberians and their stories, but at the same time not to fall into pathos — said the musician. He created a spatial, disconnected from time musical landscape. — It was a difficult set for me — he admitted after the event.

The audience leaving Salon Ambientu emphasized the novelty of the proposed form, some spoke of the strong emotions evoked in them by the sounds created by Dtekk and the story of the Sybirak. — I felt this music penetrate me, I was completely immersed in it — said one of the listeners. — Very good acoustics! — another person emphasized.

The Sybir Memorial Museum plans to develop an ambient project: — We intend to continue the series of Syberyjski Salon Ambientu, we will also see with what frequency — announces Karolina Mosiej-Zambrano.