The society of today’s Kazakhstan was not created as a result of natural processes. It is the result of the Russian colonization, Soviet policy and violence: famine, deportations, resettlements. The Kazakhs themselves have been constituted the majority in their country only since 2009. At the same time, it is an example of a society in which nations and religions live in harmony today — this is the image of Kazakhstan presented in Krzysztof Renik’s story. 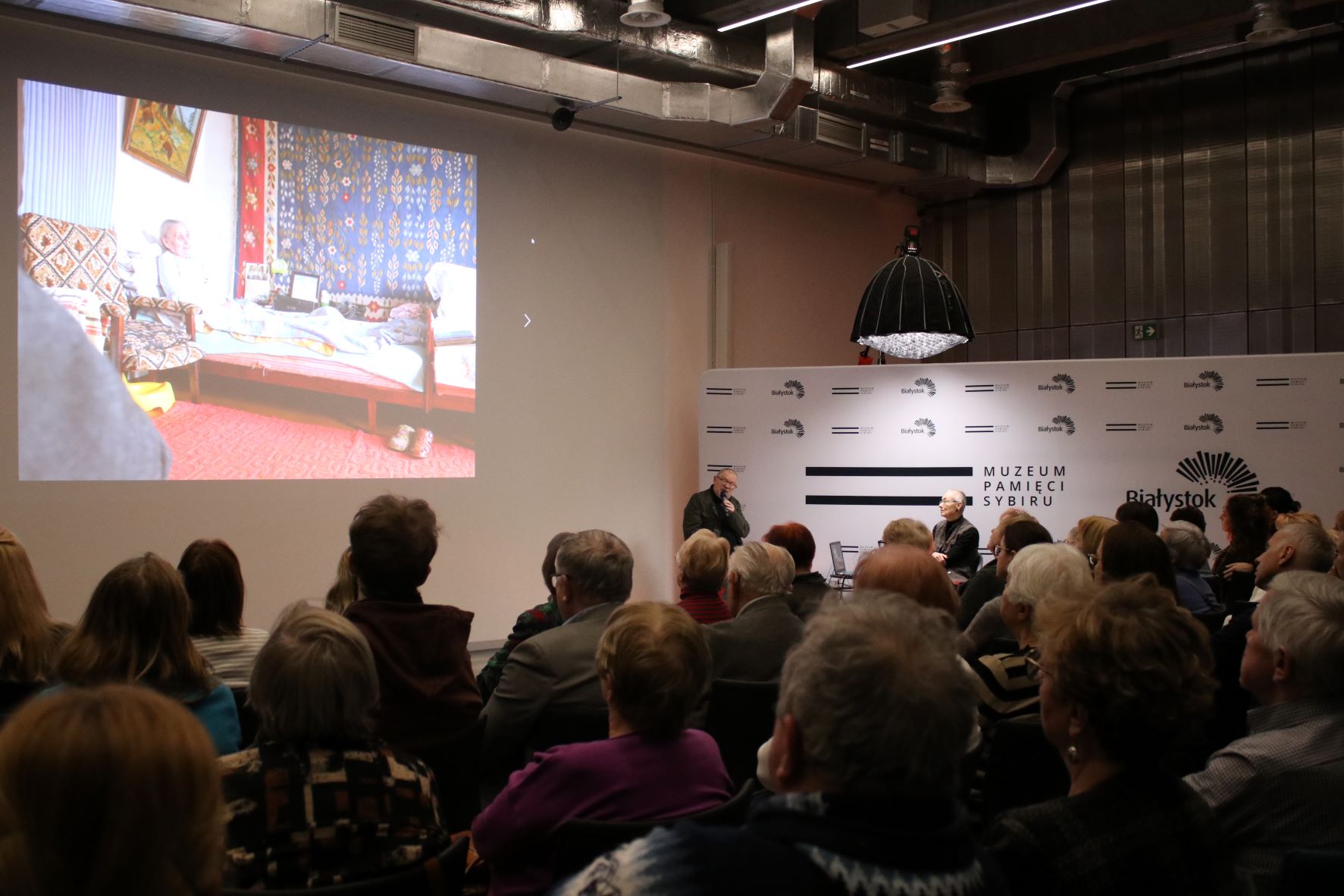 — “Neither the land nor the nation can be cursed. The system may be cursed — Krzysztof Renik, journalist, traveler, long-time correspondent of Polish Radio in South Asia, began his story with these words, answering the question asked in the title of his book “Kazachskie Stepy. Ziemie Przeklęte?” (“Kazakh Steppes. The Cursed Lands?”).

Our guest is a Polish philologist and a cultural anthropologist by education, and this approach of a researcher, who observes and describes another culture with interest, openness and great respect, was visible throughout his story.

— The land of the Kazakhs, when it was conquered by the Tsarist Russia, became a colonized land — explained Krzysztof Renik. “The Kazakhs have suffered a lot. In 1926, they constituted 58% of the population of their own country. But after the famine (1931-1933) caused by the Soviet policy, it was only 37%, and even less in 1959: only 30% of the population. It was only in 2009 that Kazakhs became the majority in their own country: there were 10 million of them out of 19 million of the total population.

— Kazakhstan is inhabited by Uighurs, Azerbaijanis, Germans, Poles, peoples of the Caucasus. But these were not migrations. Contemporary Kazakh society was shaped as a result of deportations, resettlements, sending people to labor camps — explained the journalist.

In his story, he recalled the most important deportations to Kazakhstan, which concerned, among others, Volga Germans or Poles. They were deported even before World War II from the lands that were a part of the borderlands of the First Polish Republic, lost pursuant to the Treaty of Riga (1921) ending the Polish-Bolshevik war. Families of Polish (and also German) nationality were deported from the Ukrainian Soviet Socialist Republic in 1936 — about 70,000 people (including about 50,000 Poles). — But this was not the beginning of the Soviet deportations! — noted Krzysztof Renik. These began in the Soviet Union in the years 1930-32, as part of the fight against the “kulaks”, over 1.8 million people were resettled.

In 1940, more Poles were forcibly transported to Kazakhstan. In April of that year, families of arrested people and prisoners of war, including the families of the officers murdered in Katyn, found their way to the steppes.

Krzysztof Renik enriched his story with a presentation of recordings he made during his many trips around Kazakhstan. We heard the voices of Poles living in this country and their descendants. — I went to Kazakhstan for the first time in 1991. I wanted to be present at the consecration of the first ever Catholic bishop in Central Asia. It was then that I met Maria, who was the first to tell me how she got to Kazakhstan — he said, turning on the recording.

The same motives appear in all the relations of the deportees: being surprised by the deportation action, a dramatic journey in a closed freight car, being thrown from a train in an empty steppe, the need to build a dugout as quickly as possible in order to survive the upcoming winter. And death of hunger, disease, hypothermia.

He also talked about the “Polish villages” in northern Kazakhstan: Jasna Polana and Zielony Gaj, where Poles deported in the 1930s and their descendants live. — It should be noted, however, that these are not only Polish villages, but rather Polish-German ones. I would say that Polish-German reconciliation began far away, in Kazakhstan — stressed Renik.

— When we went there, we saw such signs: “house for sale” on many fences — said the traveler. Many Poles took advantage of the opportunity to go to Poland. — I would be afraid of the word “repatriation”, because these are the people who have never lived in Poland, it was the Borderlands, but of the First Polish Republic — he said — The oldest ones feel like strangers in Kazakhstan, but their children and grandchildren are firmly rooted there. Education was associated with the Russian language. And this Russian language and Russian culture are closer to them than the Polish one. This is a difficult problem, not for our brief meeting. These are very difficult individual decisions that must be respected — said Krzysztof Renik and he also emphasized how much Kazakhstan has changed in recent years.

— The first time me and a friend of mine spent the night in Jasna Polana, we slept in a crumbling hut. We saw crumbling kolkhozes and villages falling apart. A few years later, when I called, because I wanted to come there, I was offered to… book a hotel room. I was in shock! — he said. — I had another experience when I got there and asked girl, who was passing by, where the hotel was. “Over there, next to the hairdresser and the fitness club”… — he would say with a smile. Then he told about 700 cows that flew from Canada to the modern agroindustrial combinate in Jasna Polana.

— Today, those who want to function in Kazakhstan have great opportunities. Nevertheless, they must accept that it is no longer part of the Soviet Union, but an independent state dominated by Islam. After all, there is a policy of inter-religious and interethnic harmony — Renik emphasized.

When the audience asked our guest about the policy of Nursultan Nazarbayev, President of Kazakhstan in 1991-2019, he admitted: — I will defend Nazarbayev. He was in a difficult situation, he was supposed to create a state with a divided society… They were connected only to the Soviet tradition. How to create a civil society out of it? That is why I argue with those who say that there is not enough democracy in Kazakhstan. Europe has been building its democracy for several centuries — he noted.

If you are interested in both Krzysztof Renik’s stories and Elżbieta Dziuk’s photos, we encourage you to visit our popular science portal Świat Sybiru (the World of Sybir): www.swiatsybiru.pl/en/ You will find there, among others, materials from Kazakhstan prepared by our guests: a photo report from Spassk or a podcast about the “Apostle of Kazakhstan”.

The next meeting of the series combining travel stories with the history of Polish Sybiraks will take place on March 30. We will see the movie “Santa Rosa. Odyssey in the Rhythm of Mariachi” and talk to its screenwriter, Piotr Piwowarczyk, and Joanna Matias, the film’s protagonist and granddaughter of Sybiraks who were evacuated from the Soviet Union as children and found their shelter in Mexico. We will inform you about the start of ticket sales on the Museum website and on our social media.