January exhibit of the month: woolen shawl of the Swiezy family

In new year, the Sybir Memorial Museum continues the series of presenting the items stored in its magazines. On Tuesday January 10, 2023 took place the presentation of another one related to the pre-war soviet deportations to Kazakhstan. 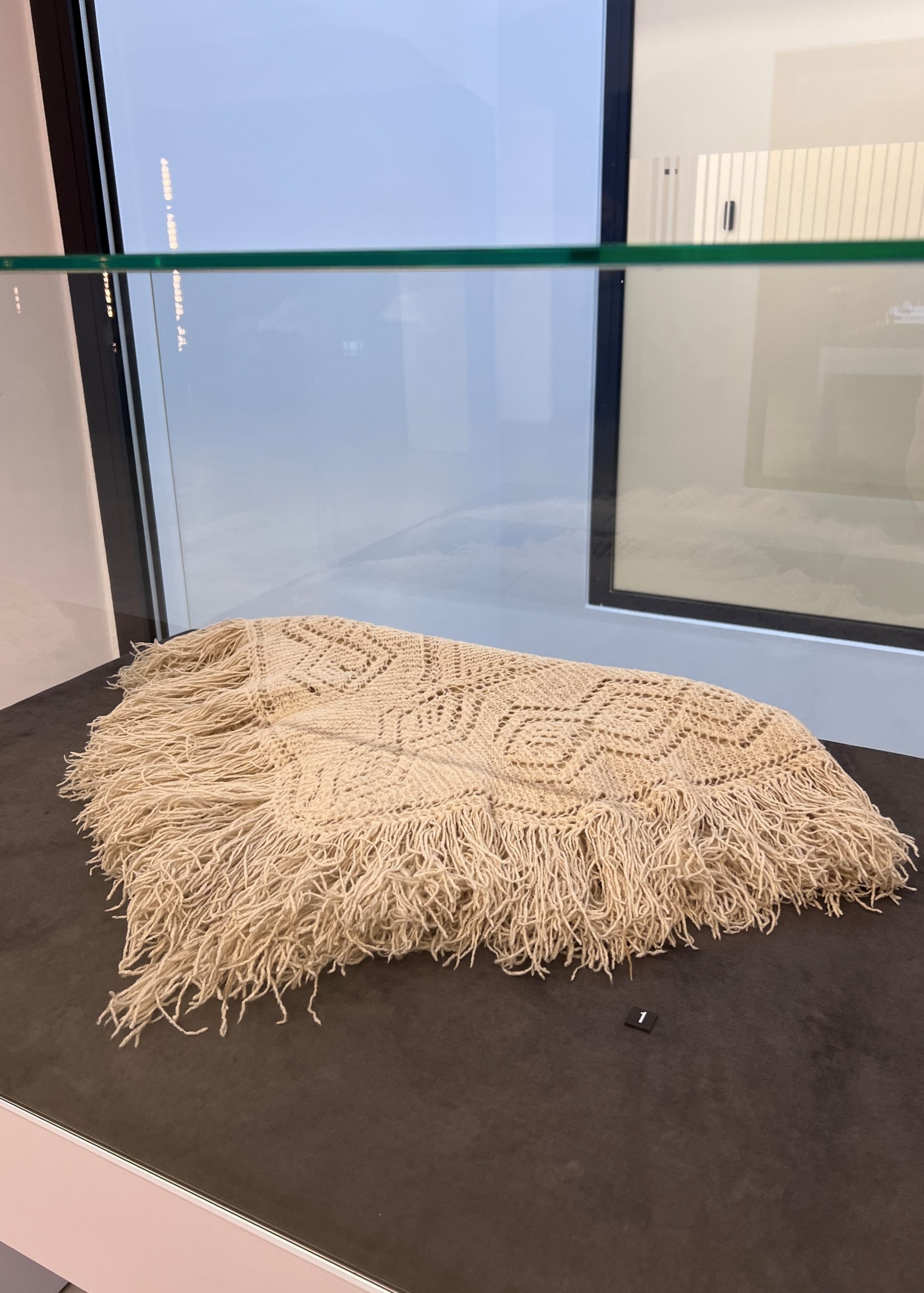 Each of the exhibits of the month is an opportunity to present fates of a family that the item belonged. This is the way the Sybir Memorial Museum honors its donors, who donate the facility family mementoes, and at the same time it gets everyone closer to the history of deportations of Polish citizens deep into the Soviet Union.

In January 2023 the museum presents a shawl. The moving story of the Miński and Świeży families is connected with it. They were one of the polish families settled on the area that got to the hands of the soviets based on the Treaty of Riga ending the Polish-Bolshevik war. In the 30s the Polish people of the area experienced many repressions — for example deportations deep into the Soviet Union.

In June 1936, the Soviets deported the Miliński family, a married couple — Piotr and Karolina and their children, Stanisław and Maria, living in Maćkowice on the territory of Ukrainian Soviets Socialist Republic, to the East. They were resettled to Novorossiyskoye village (Beynetkorskiy Raion in North Kazakhstan Oblast). They worked in the locak sovkhoz there until 1943. In the meantime, in 1939, at the age of 20 Maria married Józef Świeży and their daughter Walentyna was born a year later.

The shawl, that can be seen in the museum’s cabinet is a memento of Walentyna Świeży’s baptism. — In the Soviet Union it was not possible for a mass to be served with the presence of a priest — explains Piotr Popławski, PhD, from the Sybir Memorial Museum. — In spite of that Poles tried their best to keep the tradition, so took place water baptism. A local woman was the godmother. As a gift she gave little Walentyna and her mother, Maria, the woolen shawl.

A family memento was donated to the Sybir Memorial Museum by Marcelina Jakimowicz, living in Rzeszów granddaughter of Walentyna, great-granddaughter of Maria. Unfortunately, due to a sudden illness she was unable to come to Bialystok for the presentation of the exhibit.