On Monday, December 12 in Bialystok, at the headquarters of the Sybir Memorial Museum, a meeting of the directors of the historical museums from the countries of Eastern and Central Europe was held. The proceedings ended with the signing of a letter of intent. 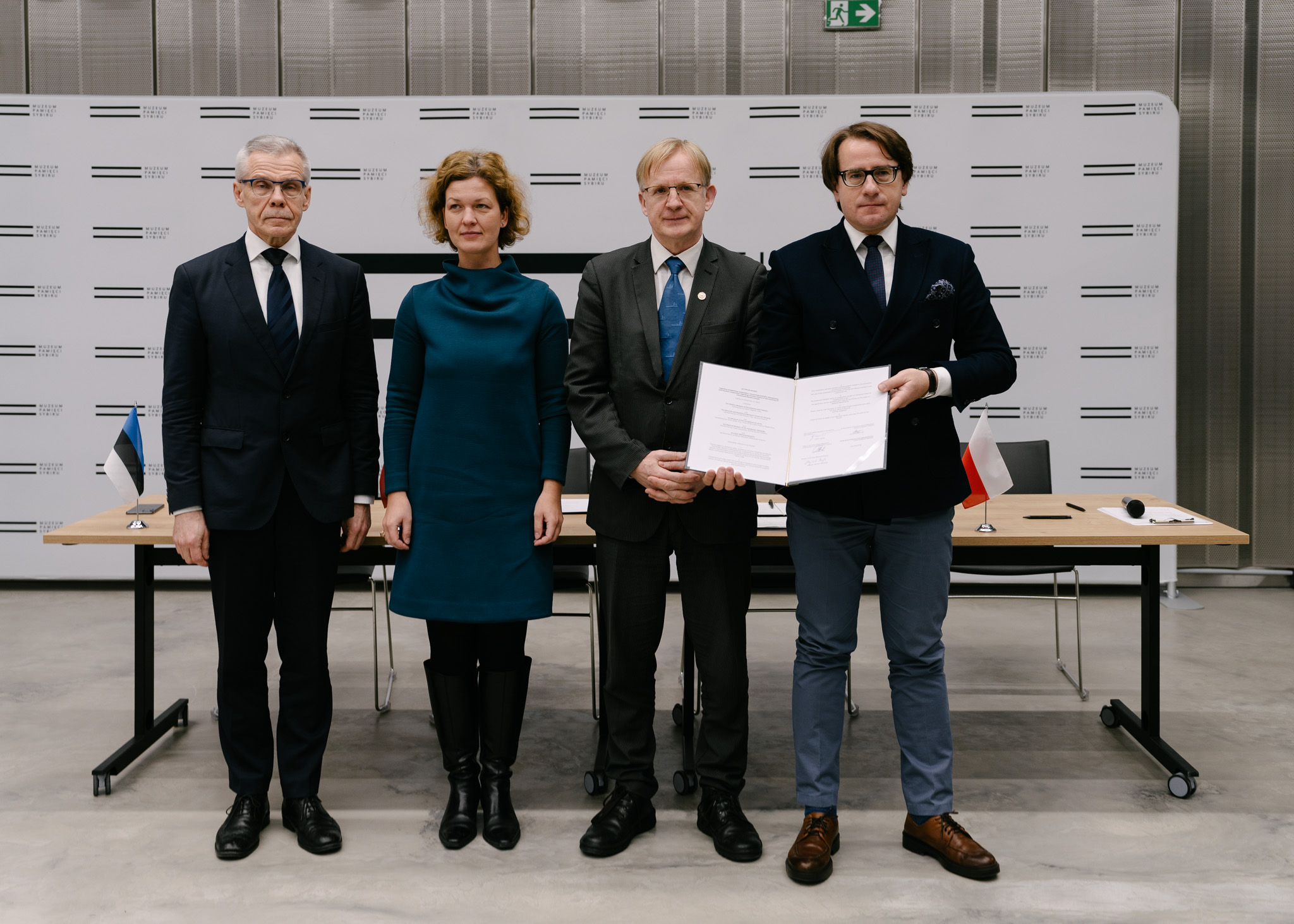 On the initiative of the Director of the Sybir Memorial Museum, professor Wojciech Śleszyński, Bialystok was visited by: Karen Jagodin — director of the Vabamu Museum of Occupations and Freedom in Tallinn (Estonia), Gints Apals, PhD — head of the Public History Department at the Museum of the Occupation of Latvia in Riga and Arunas Bubnys, PhD — director of the Genocide and Resistance Research Center of Lithuanian Population in Vilnius. The meeting was also remotely attended by Lesia Hasydzhak — director of the National Museum of the Holodomor-Genocide in Kiev.

All these institutions deal with research and dissemination of knowledge about the Soviet repressions against citizens of their countries, but also — especially in the case of the Baltic institutions — the Nazi occupation. As the directors of the museums emphasized during the meeting. The institutions are also interested in issues such as freedom, the fight for it and international cooperation towards peaceful future.

During the discussion, the first decisions were made regarding common initiatives, including scientific conferences and temporary exhibitions devoted to the deportations of the citizens of Central and Eastern European countries deep into the Soviet Union.

The “Peloton of Remembrance” coined by the Sybir Memorial Museum, which in 2022 was international in character. Thanks to cooperation with partners from Lithuania, “Peloton” has a chance to develop into an initiative on a larger scale.

On Monday, December 12, in the multimedia room of the Sybir Memorial Museum, representatives of four institutions signed a letter of intent, which included a declaration of scientific, publishing, cultural and popularizing cooperation.

— This meeting initiates the network cooperation of museums of countries of this part of Europe that are interested in popularizing history within the context of the events that are taking place in Ukraine, popularizing in other countries of Europe and the world, because we also think about other continents — said the director of the Sybir Memorial Museum after the meeting , professor Wojciech Śleszyński. He also referred to the declaration of director Bubnys from the Vilnius museum, who announces the preparation of a temporary exhibition devoted to the Soviet deportations from June 1941. — They concerned the inhabitants of Central and Eastern Europe, from Estonia, through Latvia and Lithuania, then through the eastern parts of the Second Polish Republic, so Poles, Belarusians and Ukrainians. It also took place in Moldova. When we talk only about our individual experiences, our message gets lost, especially in Western Europe. So we have to speak with one voice — stressed the director of the Bialystok museum.

Guests from abroad emphasized the importance of this initiative and the chances of reaching countries and nations beyond our Central European region with the truth about communist crimes. — The history of our countries is very similar, but we know too little about the experiences of our closest neighbors — said Arunas Bubnys, PhD, at a meeting with journalists. — This is especially important now, in the face of Russian aggression in Ukraine — he was accompanied by Gints Apals, PhD. The director of the Tallinn museum emphasized: — We are all the representatives of museums, institutions that deal with difficult issues, show a wider context and consequences of the choices made. It is a pity that the war in Ukraine had to escalate to remind us of how much we have in common. What we can do is to show others the context, explain and act this way so history does not repeat itself. Together we can do more — concluded Karen Jagodin.