Victims of the blistering soviet policy and at the same time the creators and luminaries of the unique culture of borderlands — Poles in Minszczyzna were the characters of the scientific conference, which was hosted by the Sybir Memorial Museum. 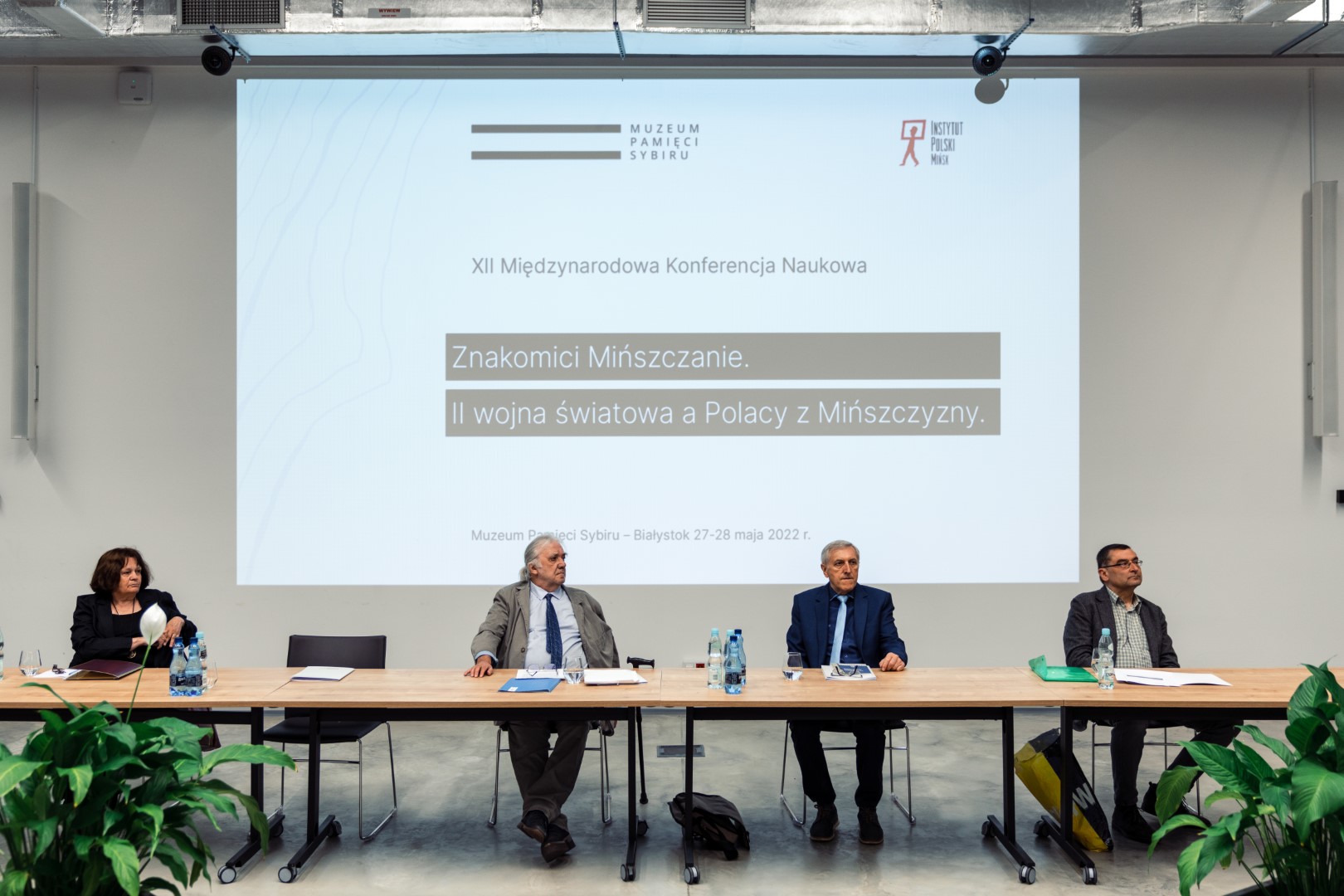 Minszczyzna is a multicultural melting-pot of culture, whose uniqueness could not be tolerated by the soviet aggressor, the land full of contradictions, where through the centuries in a natural way the border between the influences of the east despot and west liberalism was made. Today the Sybir Memorial Museum as a scientific institution reflecting in her actions to the borderland traditions that are still alive in Bialystok, it seems to be a natural place for an international debate devoted to the borderlands of Polish Republic. – Such image was present during the speeches of each lecturer, the guests of the International Scientific Conference ‘Unique Minsk Citizens. World War II and Poles from Minszczyzna’, whose organizer was the Polish Embassy in Minsk.

— This is the twelfth edition of our conference. I am glad that it can be held right here, in Bialystok, in this special museum — noted Cezary Karpiński, the counselor of the Polish Embassy in Minsk, who chaired the meeting, emphasizing the role that the Sybir Memorial Museum plays as the center of a reliable scientific debate on Eastern matters in which all researchers interested in finding the truth can participate.

Professor Wojciech Śleszyński, director of the Sybir Memorial Museum in his speech was talking about the mentioned border between East and West.

— I will put forward the thesis that due to the current situation in Ukraine, due to the policy of the Kremlin authorities, there is a real chance that the boundary of the influence of Western culture will shift to the east for the first time since the 18th century — he concluded. — We can see that Ukrainians, and more often also Belarusians, do not want to have anything to do with Putin’s way of thinking about the state, without giving up the influences of Russian culture or the Russian language that have existed there for a long time.

The inconsistencies of Stalin’s national policy towards Belarus and the bloody consequences of this policy were the subject of professor Nicholas Ivanov’s speech. The scientist emphasized the special situation in which Poles found themselves in the USSR in the second half of the 1930s.

— It is estimated that during the Great Terror of 1937-38, approx. 0.9 percent of Russians were killed. 1.4 percent of Belarusians and as much as 15 percent of Poles living in the Soviet Union.

Iwanow’s speech was complemented by documents from the Soviet archives on the repressions against Poles during the war, presented by Associate Professor Anatol Wieliki, PhD. The researcher drew attention to the universality of denunciations — the responsibility for the crimes lies not only with the officers of the violence apparatus, but also the denunciators, ‘ordinary’ people.

The subsequent, thematically diverse, conference speeches included biographical sketches devoted to exceptional figures of the Polish Minsk region, such as Kazimierz Krajewski or Grażyna Lipińska, as well as a sketch devoted to the presence of this region in the literature of Polish Emigration.