Discussion about the architecture of the Sybir Memorial Museum

The architecture of the Sybir Memorial Museum and the institution’s role in Bialystok’s development was discussed at East Design Days. 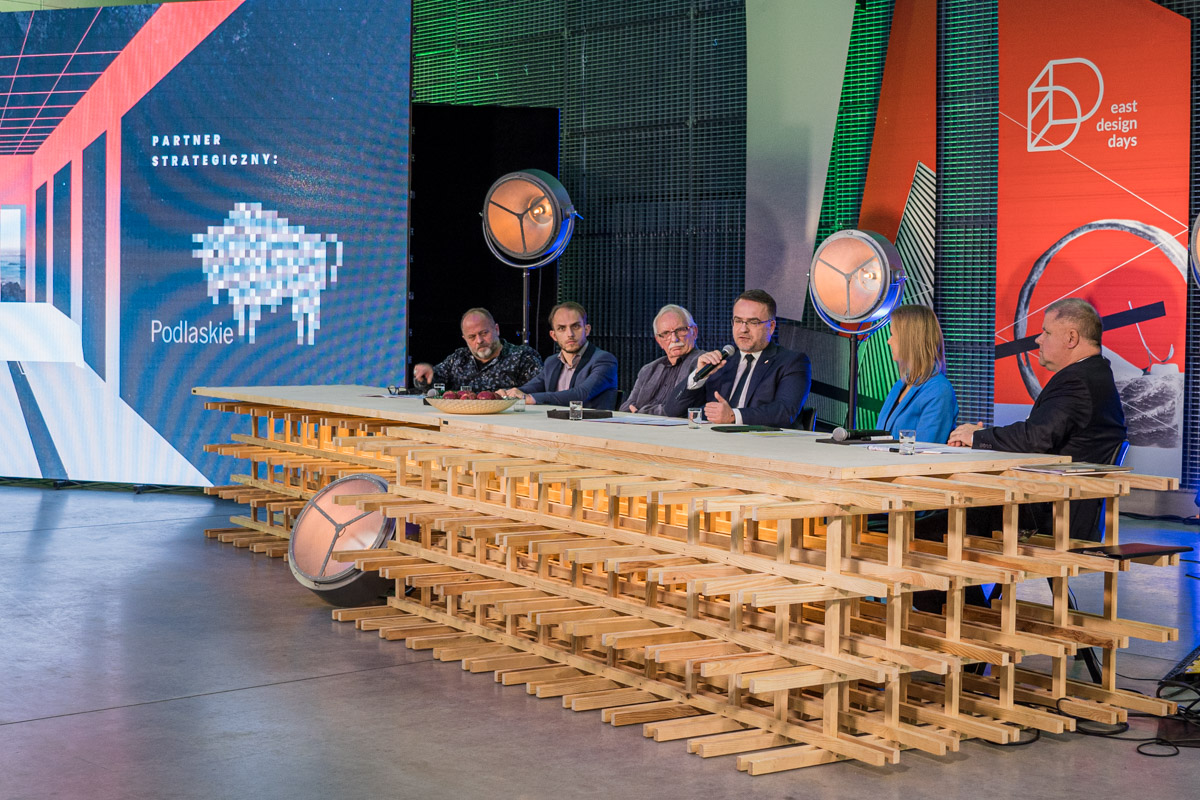 On Friday, November 26 at the Architectural Department of Bialystok University of Technology, as part of the 4th edition of the celebrations devoted to architecture and design, about the Sybir Memorial Museum discussed: the Deputy Mayor of Bialystok Adam Musiuk, architeckt Jan Kabac (the creator of the Museum’s project), Piotr Poplawski, PhD, head of the Cultural Projects Department of the Sybir Memorial Museum and Robert Żyliński. The discussion was led by Martyna Zaniewska, PhD and Adam Walicki.

When asked what the presence of the Sybir Memorial Museum gives to Bialystok, the Deputy Mayor of Bialystok, Adam Musiuk, said: — The effects are already visible. Bialystok as a metropolis appeared on the map of important museum centers. Besides, the uniqueness of the museum. It is not only a place where you can visit an exhibition. It is also a research unit: publications, participation in conferences, and taking the floor in a debate. Moreover, a modern architectural form and a tourist aspect — today the Museum is a must-see for the city and the region. The exhibition also shows the uniqueness of Bialystok — he enumerated.

The author of the Museum project, architect Jan Kabac, who participated in the meeting, was asked about the experience of designing the building. — I had to calm down and concentrate. All design took place in silence.

The architect also shared his reflections on the function of the museum building: — I was wondering whether the museum’s message should be rooted in a substantive message or it should be an indifferent message to what is inside and what is the most important. There are no attractions inside, you don’t go there to see the exhibits, but to experience something. I decided that it is my duty to create a space for experiencing and evoking emotions. I could only achieve this by using symbolic content that did not speak directly, but allowed me to focus — he explained.

This belief gave rise to the idea of ​​how visitors should enter the museum. The architect explained:

— Sybir is something distant, the road to Sybir is long. That is why I designed not the entrance, but the way of getting to the museum. In order not to enter immediately from the street, but that everyone would be forced to walk several hundred meters. These few minutes will allow us to leave what we have in us and reflect on where we go — said Jan Kabac.

Piotr Popławski, PhD, head of the Cultural Projects Department of the Sybir Memorial Museum, recalled the time of creating the Museum’s permanent exhibition: — For our team it was a journey into the modern dimension of museology. There has never been such a narrative museum in our region. For us, historians, it was a temptation to write everything in the boards at the exhibition. But the museum is not an encyclopedia. We give tools, we inspire. The exhibition is designed in such a way that the textual content is reduced to the essence. The limitation of issues made it possible to create an accessible exhibition, which is the most important thing. Thanks to our scientific and educational activities, we have the opportunity to supplement our knowledge wherever someone finds his field of interest. This is our path as museum workers, we want to continue it — said Popławski, PhD.

Being asked about how the Sybir Memorial Museum is visible in Bialystok’s space, architect Jan Kabac said: — The Museum is located in the city center, but also on aside at the same time, it doesn’t exist in the perspective of Wasilkowska Street. It would be enough to make the museum’s space longer to the viaduct over the street, so the museum would have more existance in the city’s space. I am giving this suggestion to the Mayor of the city.

Deputy Mayor of Bialystok, Adam Musiuk replied: — I accept this challenge. As a city, we will try to make the museum more visible. Węglówka itself could become a cultural and museum place, there is a lot of land and many opportunities there.

The facilitator concluded the discussion by saying that creating a museum and a city is an endless process.