On April 13 the second mass deportation of the citizens of the Republic of Poland deep into the Soviet Union was held. The Soviets wrapped into a freight car wifes and children of those, who were being murdered in Katyn, Smolensk, Kharkiv and other places. 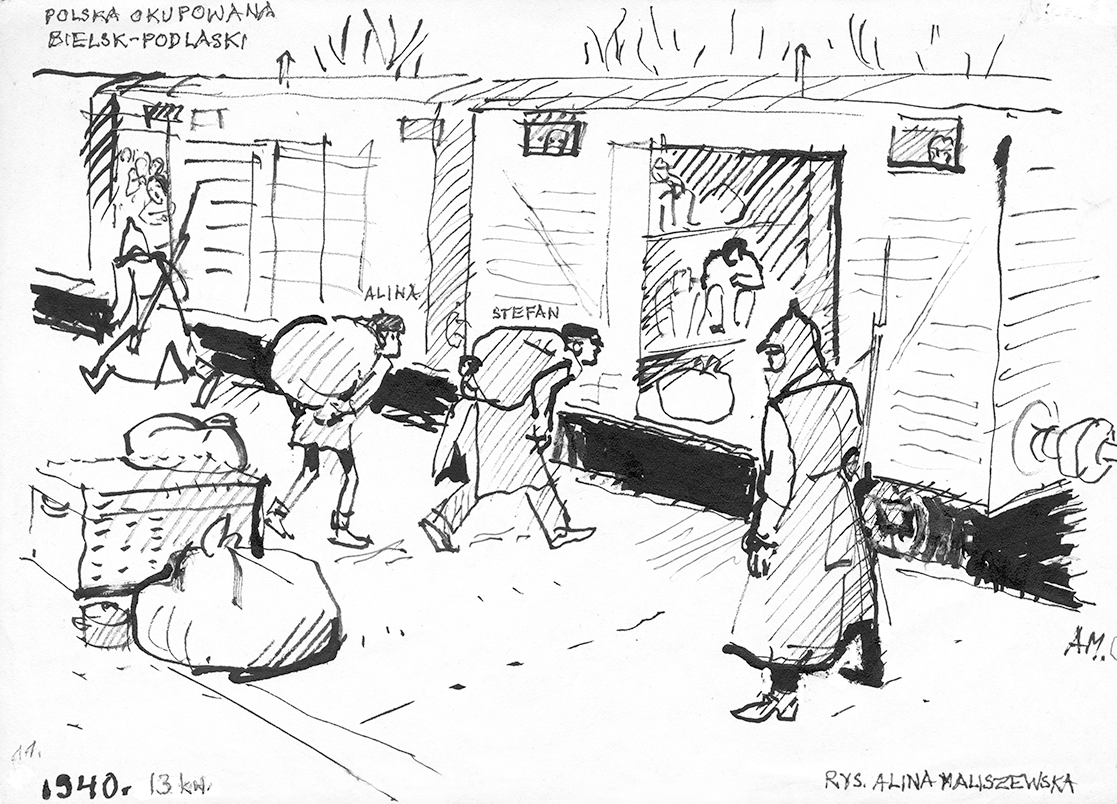 The people mentioned in the report were taken by the Soviets to Sybir on April 13, 1940. Wives and children of those whom they had just murdered in Katyn, Smolensk, Kharkiv and other places were packed into the wagons. These incomplete families, mostly made up of only women and children, experienced a double drama of deportation, both during a long journey and during their stay in collective farms and state farms in Kazakhstan. They lacked male help with physical work, as well as the care and mental support of spouses and fathers, whose return they were constantly waiting for. Most of all, however, they lacked their closeness, tenderness and love… They learned about the Katyn Massacre years later, often only after their return to Poland.

Every year we gather at the Monument of the Katyn Massacre to pay tribute to the victims of the second mass deportation of Polish citizens deep into the Soviet Union.