The Museum at 1 Weglowa Street is the first cultural institution in Białystok to invest in renewable energy. 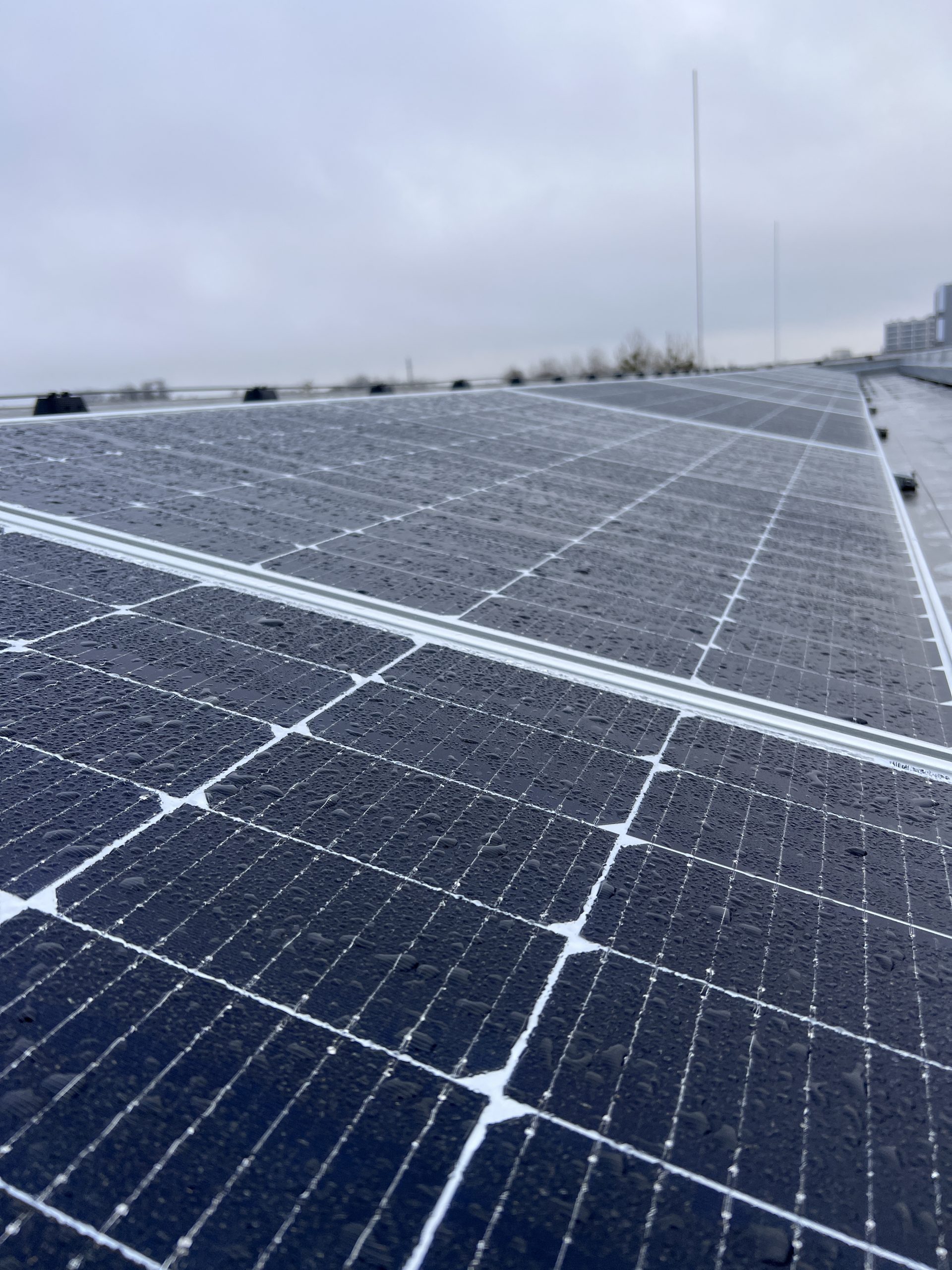 109 photovoltaic panels made in monocrystalline technology were installed on the roof of the Sybir Memorial Museum. The power of each module is 455 Wp. The maximum power of the installation is 49.6 kWp.

The investment will allow the Museum to save on bills, it will also contribute to reducing CO₂ emissions – said on Monday, the 16th of January, 2023, at a press conference at the Sybir Memorial Museum, the deputy mayor of the city, Rafał Rudnicki.

109 panels arranged in three inverters were placed on the roof of this part of the Museum where administration rooms, warehouses, an audiovisual room and a restaurant are located. – They are invisible from the ground level, so as not to affect the aesthetic value of the building – points out the director of the Museum, professor Wojciech Śleszyński.

A ballast structure was used. The modules were installed horizontally, at an angle of approx. 15 degrees. The installation was delivered and installed by the SunGrant Sp z o.o. company selected in the tender.

– The Sybir Memorial Museum meets the increasingly difficult situation on the energy market, and therefore the growing costs of maintenance. As soon as the war broke out in Ukraine and prices began to soar, we decided to act. It would not have been possible without the competencies of our Administrative Department headed by Mrs. Angelika Ejchler and Mrs. Jolanta Wilczewska – admits Professor Śleszyński.

The cost of the installation was PLN 208,199.32 gross. The funds came from the city budget for cultural institutions and the Museum’s own funds.

Photovoltaic panels will allow the Sybir Memorial Museum to reduce electricity bills by up to 40%. On average, museum electricity bills amount to PLN 40,000 per month. The electricity is used to power permanent exhibition, building lighting and office equipment. Heating of the Museum is provided by the municipal district heating network.